Note:  Remember that IC (Ezzy, Kyle and Remis) will be covering the draft live from the draft floor of Xcel Energy Center in St. Paul, so make sure you’re getting all the latest news from @illegalcurve.

Winnipeg Free Press:  Downtown to get new digs.  Cannot wait to see what downtown Winnipeg will look like over the next few years.

Brandon Sun:  $1-M in MTS Centre upgrades.  Lots of positive changes are in the works. 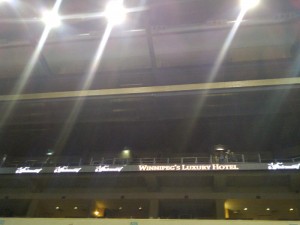 Winnipeg Free Press:  Daily docket.  Campbell and Lawless rundown some of the things on the go for True North (i.e.  opening MTS Centre for draft day, team name, coach down to 2 candidates and draft decisions).

National Post:  Two weeks to fix a franchise – Winnipeg.  Today they turn their attention to the new Winnipeg franchise and take a look at what should happen, what shouldn’t happen, immediate needs, and some scenario’s including the team landing Ottawa’s Jason Spezza.

Winnipeg Free Press:  Get healthy…could be NHL tickets in it for you.  A little extra motivation never hurts.

Winnipeg Free Press:  Mayor favours ‘Winnipeg’ moniker for new hockey team.  Tough decision.  While all the other Canadian teams are named after the respective cities they’re based in, I think if they go with Jets, the first part of the name could be anything and most people would be happy.

Winnipeg Free Press:  Lesson learned – Canada is the NHL.  The point that needs to be made is just how critical good ownership is to the success of a franchise, especially one in a “non-traditional” market.  (Look at the effect new ownership is having in Tampa for example).  That said, clearly some of these teams could be moved to cities like Quebec and Hamilton to stop the bleeding.

NHL.com:  In Winnipeg, calm exterior belies great excitement.  Interesting to note that the franchise chose Winnipeg and not Manitoba to use for their “official” NHL site (http://winnipeg.nhl.com/).  While that doesn’t prove anything, it is curious.

More links and general NHL news after the jump.

Montreal Gazette:  Winnipeg will look for a centre at NHL draft.  Necessity vs. best player available.  In this instance there is no question Winnipeg needs to fill the center position.

Winnipeg Free Press:  Expect lots of Winnipeg on the tube.  Important to have the games available for those without tickets.  One of the biggest complaints Hawks fans had were games weren’t televised in Chicago, but once they began showing them, a lot of interest was generated.

Winnipeg Sun:  NHL families flying north.  When we had Phil Housley on the IC radio show he discussed all the challenges that families face as they adjust to new surroundings, but suggested that this is part of being a professional hockey player.

Winnipeg Sun:  Chevy planning sit-down.  With all the excitement surrounding the draft and a possible team name, it’s important to remember that there are RFA’s that need to be signed.

Winnipeg Sun:  Leaf’s Burke throws reality check at Winnipeg.  Is this the same Brian Burke who back on April 1st in a Saskatchewan paper, when asked if a franchise could survive in Winnipeg said, “Do the math. They have 20 luxury suites in that rink. We have 100-some-odd suites.”  Didn’t seem to know our market then and we trust that True North has a better grasp of the local situation and its long term viability.

TBO:  Yzerman the man with a plan.  He learned from the best what it takes to manage an NHL team in Ken Holland, and he is already showing that Tampa owner Jeff Vinik made the right decision in hiring him.

New York Times:  Rangers to play in Winter Classic in Philadelphia. Somewhat surprising that the league has taken this long to include the boys from New York in the Winter Classic.

Globe and Mail:  Rink-side mall on verge of foreclosure as Coyotes future remains in doubt.  Rumour is that prospective Coyotes owner Matthew Hulsizer is also interested in purchasing Westgate as an additional moving part to this Coyotes deal.