Winnipeg Free Press:  NHL board of governors confirms Winnipeg team.  Not many believed that the city of Winnipeg would ever get there again.

NHL.com:  Board of Governors unanimous on Winnipeg.  Nice to know that we had 100% support.  If you want to check out the “official” team NHL site, click here.

We are very honoured by the NHL board of governors’ unanimous decision,” Chipman said in a news release. “We know the fans of this province have an appetite for NHL hockey that is rivalled by few in the league and intend to work very hard to make Manitobans proud of our franchise for years to come.” 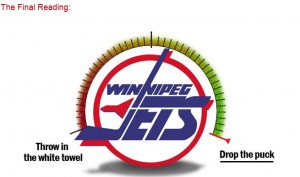 Globe and Mail:  NHL board of governors approves Atlanta sale to Winnipeg.  Is anyone surprised?

Winnipeg Free Press:  Always room in a market for teams that win.  Let’s hope both the Bombers and the unnamed NHL team both win on the scoresheet and in the stands.  For now the latter necessity has been fulfilled by both clubs.

New York Magazine:  It was only a matter of time before someone mentioned the Rangers.  Can’t see New York in the mix for Jagr’s services this season.

Edmonton Journal:  Tambellini keeps draft-pick cards close to his chest.  While we may be in the Southeast for one season, it pays to keep abreast of what our potential future competition is doing.

The Hockey News:  The hot list- draft risers.  Here’s a list of some of the guys who might be on the move up come draft day.  Remember to stay tuned to @illegalcurve for all the latest directly from St. Paul.

Second City Hockey:  Help wanted sign at the Coach’s room.  We will ignore the shot at Winnipeg to bring you some interesting insight into possible coach Haviland.

Bird Watchers Anonymous:  A quick thank you to the Thrashers fans.  A very nice thank you post from the crew at BWA. 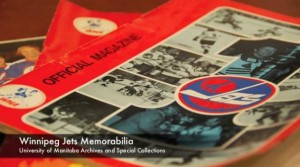 SB Nation Atlanta:  Could the NHL give Atlanta a third try?  While it might seem far fetched since the team officially leaves today, Laura makes some good points on what Georgian’s can do if they ever hope to see the NHL back in their market.

On the Forecheck:  The NHL says goodbye to Atlanta.  Appears that Predators sites are actively courting fans of the departing Thrashers. 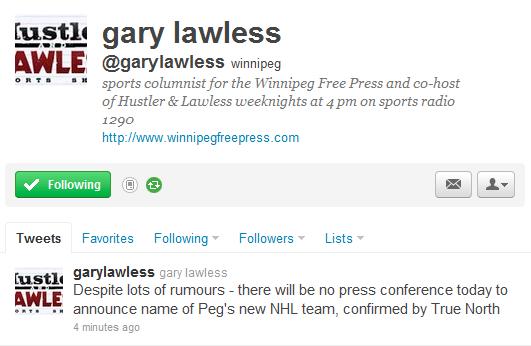