A status update regarding Winnipeg Jets prospects in North America

Checking up on Jets prospects based in North America.

With hockey taking place overseas we have been producing a weekly report on Jets prospects playing in the KHL, SHL, Liiga, DEL, DEL2 and HockeyAllsvenskan.  But what about the players who were scheduled to play in the CHL, NCAA or the American League?

The Jets 1st rounder from 2020 was invited to the Team Canada World Junior selection camp in Red Deer which gets underway middle of this month.  With the OHL season not expected to get going until February 4th (target date) it could mean (depending on when the NHL season gets going) that the Whitby, Ontario product gets an extended stay with the Jets whenever the World Juniors conclude.

The Jets only other selection in 2020 from North America was Cochrane, Alberta’s Tyrel Bauer who is scheduled to play in his third season for the Seattle Thunderbirds. The right-shot defenceman won’t have to wait as long as Perfetti as the WHL has set December 4th as their target start date.

The 5th rounder from 2019 is back in Grand Forks for another season of UND hockey.  He put up two goals and 10 assists in 32 games during his freshman season last year.  The plan according to the NCHC is for the Fighting Hawks to play a 26 game schedule which is scheduled to begin on Tuesday, December 1st in a “pod” in Omaha, Nebraska.

The Jets 3rd rounder from 2018 is set to play his sophomore season at Minnesota State University – Mankato where the roller-blading Floridian put up nine goals and 18 assists in 35 games as a freshman.  The plan, according to the WCHA, is for a schedule beginning mid November.

Neaton started in just two games at UMass-Lowell last season as a freshman spending the majority of the 2019-20 season backing up Rangers 2016 6th rounder Tyler Wall.  Of course being a 5th round pick of the Jets in 2019 from Michigan has folks comparing him to Connor Hellebuyck, another 5th rounder the Jets took in 2012 from Michigan and there has already been a lot of talk about this parallel path.  With three goalies on the roster for this upcoming season Neaton should be well positioned to get a lot of game action under his belt.  Of course when games will start in Hockey East is anyone’s guess.  It seemed like they would get going at the end of the month but they have not yet released a schedule. 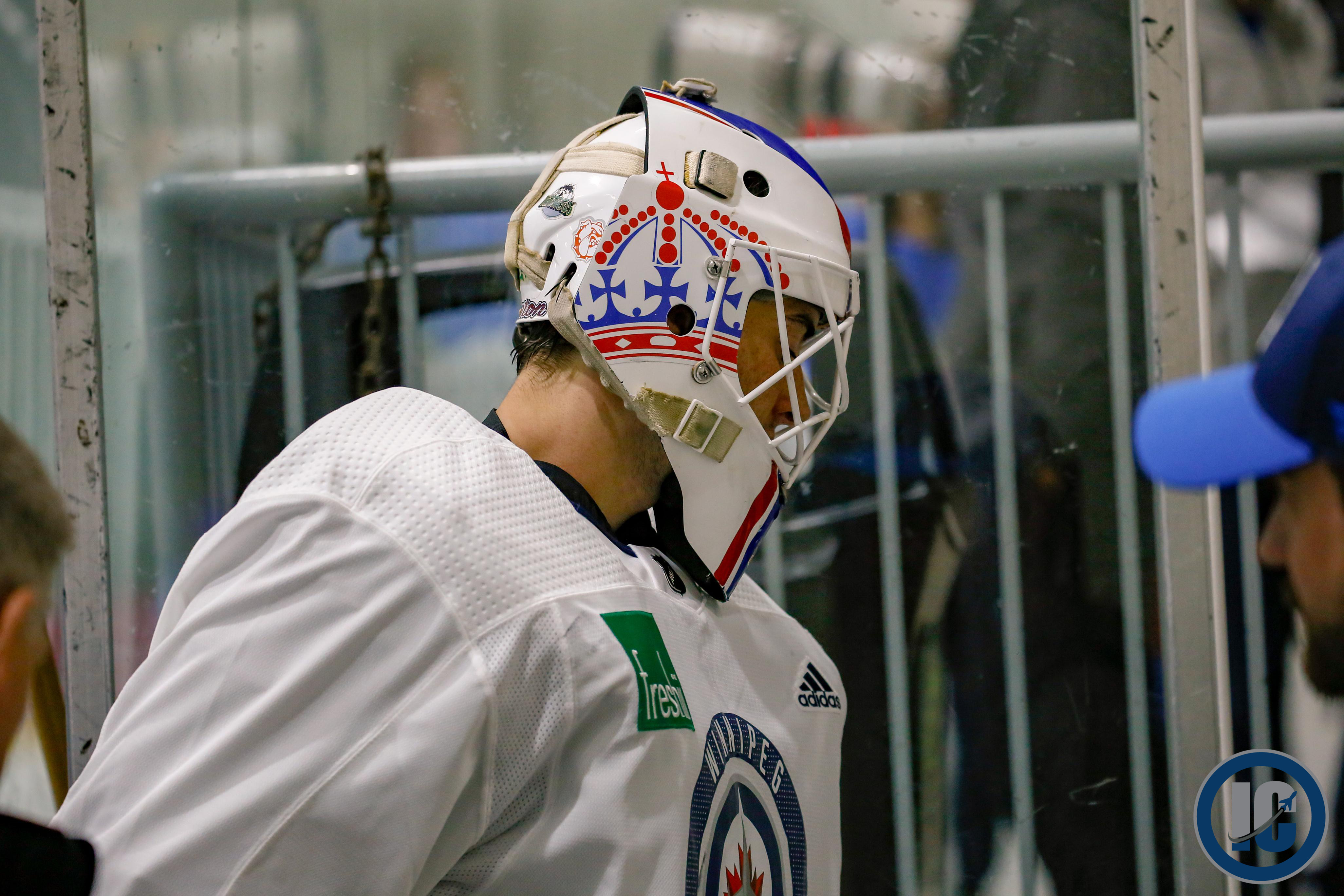 Another goalie in the Jets system is 6th rounder from 2018 Jared Moe.  The Minnesota product spent his freshman season playing for the University of Minnesota going 7-5-1 with a .915 save % and a 2.46 GAA where he was a unanimous selection to the Big Ten All-Freshman Team.  In early October the Big Ten announced that the season is set to begin on November 13th featuring 24 games in conference and four against Arizona State.

Another Cochrane, Alberta product in the Jets system is 2018 7th rounder Austin Wong.  He had four goals and two assists in 21 games for Harvard as a freshman.  According to College Hockey News the ECAC season is scheduled to start on January 2nd.  Update:  Harvard has cancelled the upcoming season due to COVID so Wong is playing in the USHL with the Fargo Force.

The Alaska product drafted by Winnipeg in the 7th round in 2017 was playing with Logan Neaton at UMass-Lowell.  In 16 games as a sophomore he had zero goals and two assists in 16 games.  He has transferred to Niagara University of the 2020-21 season and had to sit out the 2019-20 season as a result.

There is a lot of excitement around the Jets 2018 5th rounder. The left side defenceman had a strong 2019-20 season with the Peterborough Petes in the OHL scoring 13 times while adding 56 assists.  The AHL start date is targeted for February 5th so it may be awhile before he gets in some game action.  He could be part of an “expanded” Jets roster if the NHL starts earlier than the AHL which could allow the prospect to train with the big club although you wouldn’t expect him to play any games.

While many may be penciling Jets 2017 2nd rounder from Hermantown, Minnesota to play on Winnipeg’s second pairing with fellow Duluth product Neal Pionk he may require some seasoning in the AHL before the U. of Minnesota-Duluth Bulldog is ready for the NHL.  He will have a shot to make the Jets out of training camp and if not could be part of a potential “expanded” roster if the NHL provides for same.

While Green was drafted back in 2016 (3rd round) he has dealt with injuries in each of his two full seasons as a pro which means he has played just 24 games for Manitoba in the AHL.

Guys like Kristian Reichel, CJ Suess, Logan Stanley, Nelson Nogier and Eric Comrie have all played between two and four seasons of pro but will have to continue training without the benefit of game play (unless they get loaned overseas) as they get ready for Jets training camp.  Jets 2017 7th rounder Skyler McKenzie became the first North American prospect to be loaned overseas.