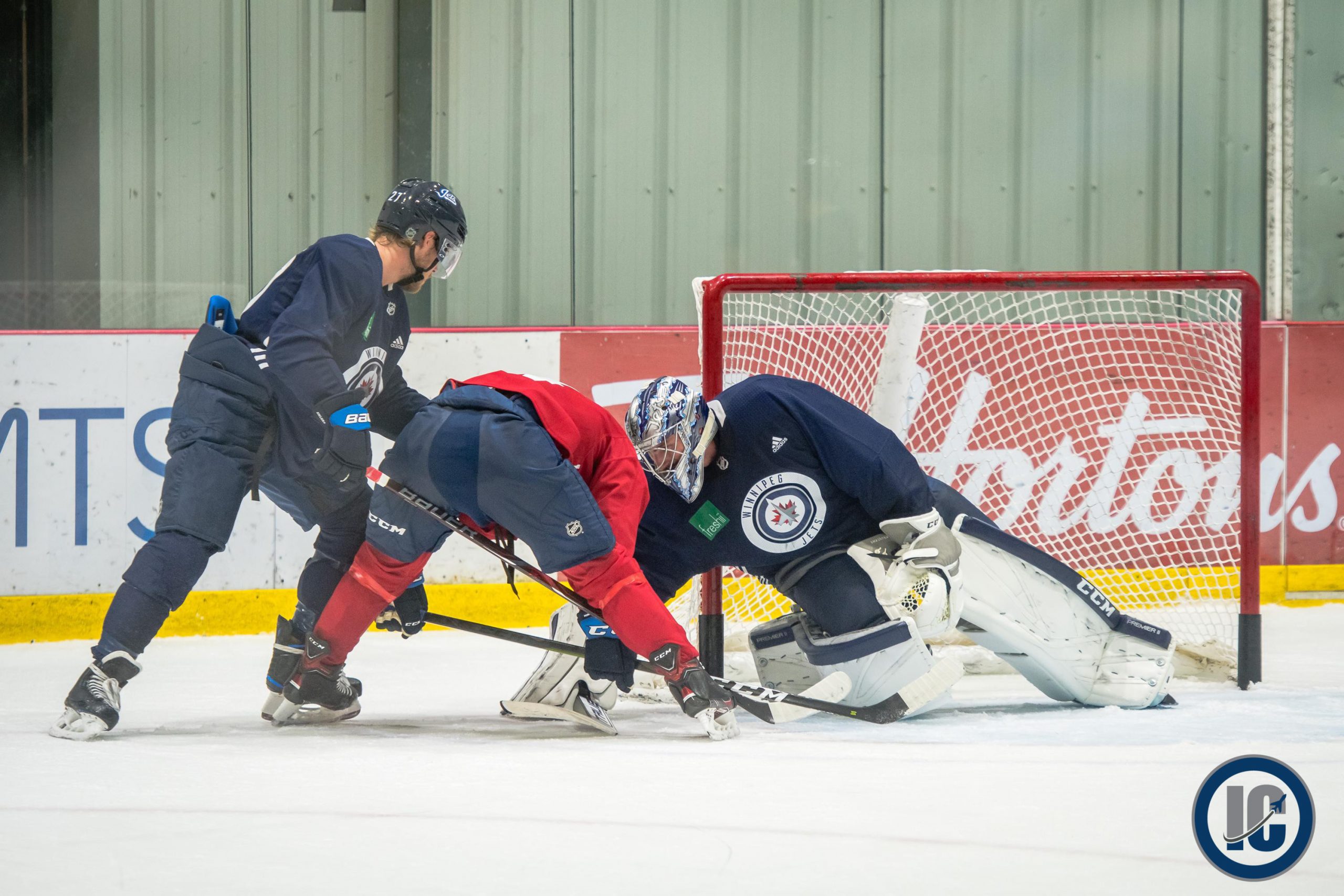 On day 5 of training camps we saw two new groups formed for a quick skate before the two sides scrimmaged.  Ahead of skate goalie Laurent Brossoit, who made his first training camp appearance yesterday, was out early to skate with goalie coach Wade Flaherty, according to Sara Orlesky of TSN.

Which means that Anthony Bitetto and Logan Stanley have missed all five days of training camp so far.

According to Mike McIntyre of the Winnipeg Free Press the lines and D pairs were as follows:

Plenty more still to come from the IcePlex.