Hellebuyck looks to become the first ever Jets goaltender (1.0 or 2.0) to win the Vezina Trophy 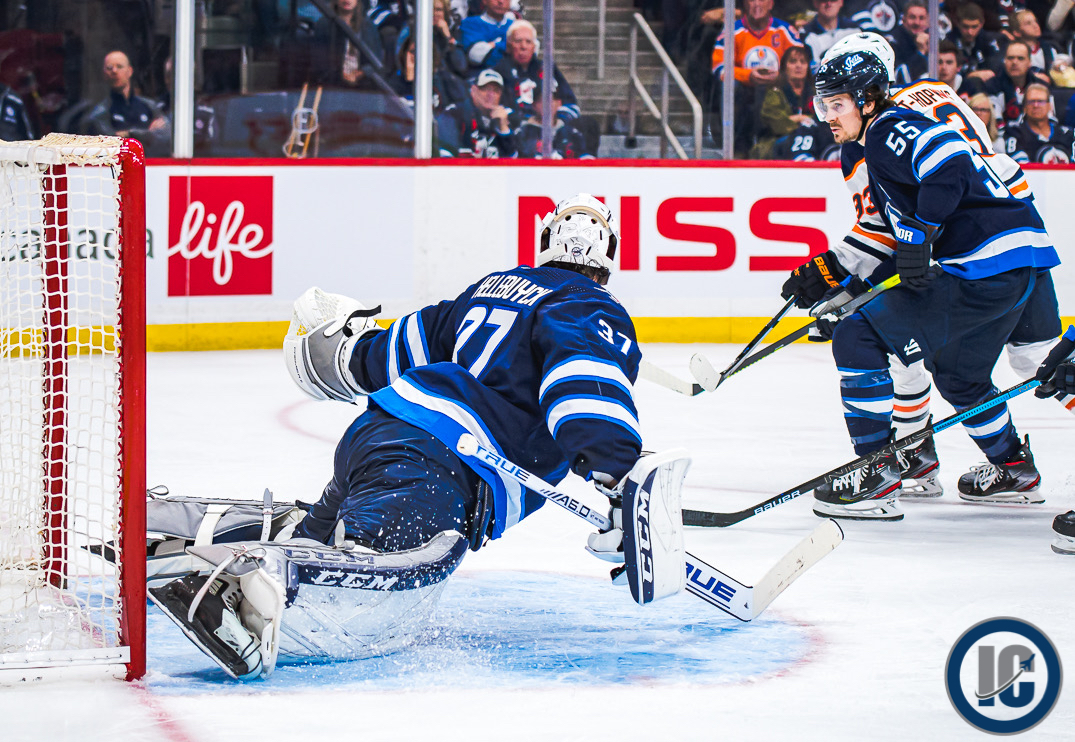 It’s official. Connor Hellebuyck is a finalist for the 2019-2020 Vezina Trophy.

Hellebuyck was a Vezina Trophy finalist two seasons ago (2017-2018) for the first time in his NHL career but lost out to Nashville Predators goaltender Pekka Rinne.

The Michigan-born netminder earned himself a spot in the top three alongside Tuukka Rask and Andrei Vasilevskiy for how he single-handedly dragged the Jets along with him in a year in which the blueline in front of him was decimated.

While his teammates and coaches are hardly unbiased, there has been plenty of Vezina talk during the first week of Jets training camp and here is a smattering of what they’ve had to say about him this last week:

Coach Maurice – “Overall numbers. But the month that he had in November and I say again in February. Go back and look at the saves that he made, the consistency of his game, that was as good a run as I’ve seen a goalie have that I’ve ever had the privilege of watching from our bench.  He was dominant in those two months. And then off that he was really darn good. Consistency is the hallmark of any good pro, but greatness means that you have to play at a different level than the other players that you’re competing against in terms of the other goalies. He got two months in there that were as good as you can play.”

Blake Wheeler – “He had an outstanding season. We’re not sitting here talking to you guys without the work that he did this year.”

Josh Morrissey – “He’s up for the Vezina. He’s got my vote.”

Luca Sbisa – “You know if you make a mistake or you’re out of position, you probably have the best goalie in the world to bail you out.”

Neal Pionk – “Maybe I am a little biased but I think he wins the Vezina no doubt.”

Mathieu Perreault – “We feel we have the best goalie in the league”.

Nathan Beaulieu – “Obviously Bucky’s going to be a finalist. He should take it home with the body of work this year.”

Today some of Hellebucyk’s teammates spoke about his Vezina Trophy nomination: