Note:  Like Wednesday we saw some player movement on Thursday as group 1 gained goalie Laurent Brossoit and Dman Nelson Nogier who practiced for the first time since training camp started, while things were status quo for group 2.  You can also hear from coach Paul Maurice from his media availability on Thursday here.

Note II:  Today will see group 1 and group 2 hit the ice at 9:10 AM (on separate sheets of ice) before they scrimmage at 9:30 AM.  Be sure to keep it locked here for day 5 training camp coverage.  For the full update from day 5 click here.  You can also hear from goalie coach Wade Flaherty here and from bench boss Paul Maurice here.

Note III:  While the Jets will be off tomorrow The Illegal Curve Hockey Show returns from our pandemic hiatus and will be LIVE on TSN 1290 Radio! Be sure to join us from 9 am until 12 noon!

Note IV:  Connor Hellebuyck was announced as a Vezina finalist by the NHL this morning.  Check out the reaction from his teammates here.

Winnipeg Sun:  Defenceman Dylan DeMelo made big impression in small period of time with Jets.  Stability.  That was just one of the words that his fellow players heaped on him as they universally praised what he has brought to Winnipeg since his acquisition from the Senators. 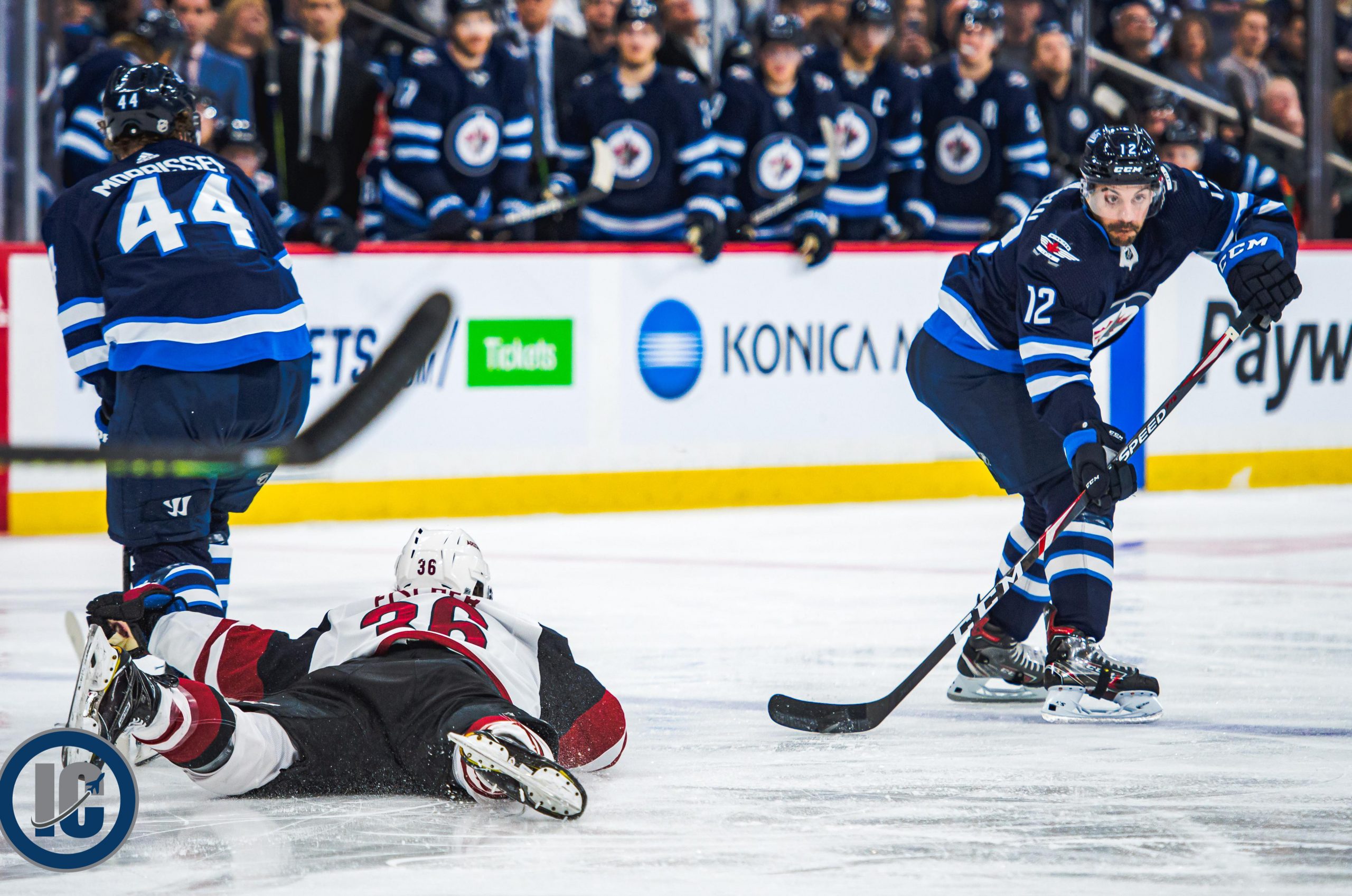 Winnipeg Sun:  Jets blue-liners feeling confident with Vezina-candidate Hellebuyck behind them.  It was interesting hearing from the trifecta of defencemen yesterday talking about how Hellebuyck allows them to be more aggressive and have more confidence because they trust in his ability.

Winnipeg Free Press:  Jets players stick to strict pandemic protocols.  (Paywall). It is certainly not the way these guys were expecting to spend the summer of 2020.

Winnipeg Free Press: Playoff hockey in empty arenas will take some getting used to for Jets players, coaches.  (Paywall).  Fans are already looking forward to being able to hear what sort of trash talk the players are saying to each other on the ice and without fans in the building it should be crystal clear on TV.

TSN:  DeMelo treating training camp ‘like it’s September’.  After he was acquired from the Senators, Dylan DeMelo only got into 10 games with the Jets before the season was paused. As Sara Orlesky explains, DeMelo is approaching this training camp as if it’s the start to a new season, an approach that is helping him get up to game speed.

Sportsnet: Will Patrik Laine be ready for the Stanley Cup playoffs?  Jets sniper Patrik Laine said that he doesn’t see himself playing playoff hockey in two weeks. Sean Reynolds & Ken Wiebe were at Jets camp to find out if there’s any truth behind Laine’s words.