Beaulieu off IR/ Perreault on IR 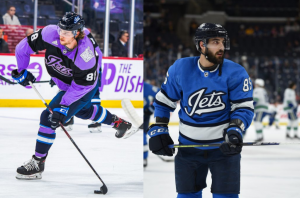 Ahead of tonight’s Jets game, we learned from Paul Maurice’s pre-game comments that Nathan Beaulieu has been taken off injured reserve and Mathieu Perreault has been placed on it.

Beaulieu last played on December 31st against Colorado and was projected to be out a month. It doesn’t sound like Beaulieu will be back in the starting line-up tonight versus Nashville as Maurice indicated there weren’t going to be any changes to his lineup.

Perreault left the game on January 31st against the Bruins and Maurice indicated at that time that he was expected to miss two weeks.