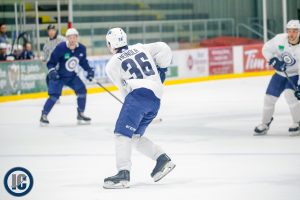 Jets fans were eagerly awaiting news of a signing and while it wasn’t an RFA the team announced today that they have signed 2019 1st round pick Ville Heinola on a three-year, entry-level contract with an average annual value of $1,137,500.  It breaks down further as per Cap Friendly: