Note: RFA watch continues here in Winnipeg as we are less than one week away from Andrew Copp’s salary arbitration hearing and nine days away from Neal Pionk’s scheduled hearing. In addition folks around these parts are waiting to see what happens with Patrik Laine, Kyle Connor and Eric Comrie.

Note II:  While folks were expecting RFA announcements the team did announce a signing today as they got 2019 1st round pick Ville Heinola signed to a three-year, entry-level contract.

Yahoo Sports: Is Winnipeg mostly done for the summer?  If you look at the first note above it is clear there is still plenty of work to get done in the ‘Peg.  But obviously he is referencing Winnipeg keeping up with the Central Division arms race. 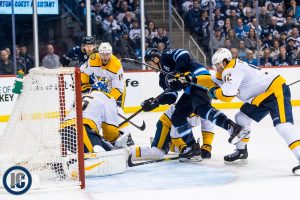