The kid from Hermantown, MN has signed with the Jets for the first time. 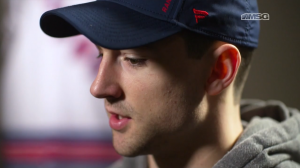 The Winnipeg Jets today announced that they have avoided salary arbitration and signed Neal Pionk to a 2 year, $6.0 million dollar contract, with a salary cap charge of $3.0 million per season.

Pionk, who turns 24 next week, was part of the Jacob Trouba trade (along with a 2019 1st round draft pick).

Last year was Pionk’s first full season in the NHL, and the un-drafted right-shooting D-man posted six goals and 20 assists for 26 points in 73 games for the New York Rangers.