Note:  The Jets and Andrew Copp’s camp met on Sunday morning with a salary arbitrator who, as per the CBA, has to make their decision “issued by e-mail to each of the parties simultaneously within forty-eight (48) hours of the close of the hearing”.  In layman’s terms, that means we will know by Tuesday afternoon (if not sooner) what Copp’s salary will be for the next couple of seasons.

Note II:  The Jets avoided salary arbitration with RFA defenseman Neal Pionk, announcing on Sunday evening that they have agreed to terms with him on a 2 year, $6.0 million dollar contract (AAV of $3.0 million per season).

Winnipeg Free Press: Jets and Neal Pionk agree to a 2 year contract (paywall). Pionk, a key piece of the Jacob Trouba trade, will look to affirm himself in the Jets defense corps amid the comfort of a 2 year contract.

Winnipeg Sun: Jets sign Pionk, Have Approximately $20.0 Million in Cap Space Remaining. The Jets cap crunch is getting closer to coming to fruition, with the big question being, will the Jets have to make supplemental transactions once Pionk, Copp, Connor & Laine are under contract?

Winnipeg Sun: Honka Could Bring Great Value to Jets Blue-line. A wise person once said that the best moves are not made at the start of free agency, but rather later in the summer. In this piece, Scott Billeck looks at Stars’ defenseman Julius Honka, rumoured to be on the trade block, and the value that he could bring to the Jets’ defense.

The Athletic: Come October 3rd, this could be the Jets Opening Night Lineup and Optimal Lines. Move over Carnac the Magnificent (look him up, kids) as Murat the Magnificent puts on his prognostication hat and takes a look at what might be the Jets’ roster and lines when the season begins on October 3rd in NYC.

The Athletic:  How the Jets and assistant Todd Woodcroft build, coach and use their centres.  (Paywall).  There is a coaches summit over in Toronto and the always interesting Jets assistant coach had plenty to say about the men in the middle. 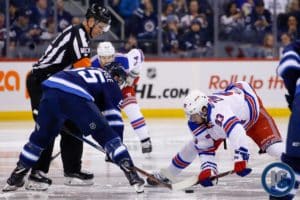