With an injury to Brandon Tanev the Jets have recalled Jack Roslovic. 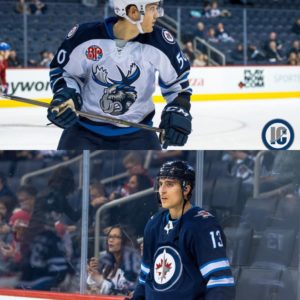 With Brandon Tanev sustaining an injury in the game against the Islanders on Friday night the Jets have announced the recall of Jack Roslovic from the Manitoba Moose.  Roslovic is the fourth leading scorer in the AHL and his game has really developed nicely in his sophomore season with Manitoba.

Following today’s skate Jets coach Paul Maurice indicated that Tanev would be “week-to-week, at least two to three weeks, we’re gonna be looking for him in that block of days after January.”