Jets make their first round of training camp moves. 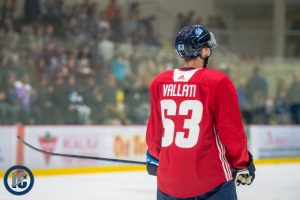 Coach Paul Maurice was asked following the Jets OT loss to the Blues if he planned on making any training camp roster cuts and he indicated that they had reduced their number by two players by returning the two junior aged players to their respective teams.  Jets PR thereafter tweeted that information:

This leaves the Jets with 45 players at camp: