Training camp roster down to 25. 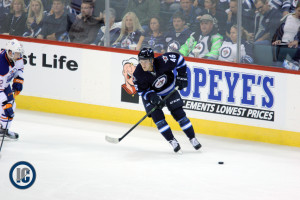 The Winnipeg Jets hockey club, in conjunction with its AHL affiliate, the Manitoba Moose, announced today they have re-assigned forward JC Lipon to the Moose.

Lipon, 22, played in four pre-season games for the Jets tallying one goal and one assist. Last season, Lipon had 26 points (5G, 21A) in 75 games with the St. John’s IceCaps. The right-winger is entering his third professional season after being drafted by the Jets in the third round, 91st over-all at the 2013 NHL Draft.