Second straight day with Pierre-Luc Dubois in the fold for the Jets.

A second straight day of practice for the Jets in Winnipeg before they head out to Calgary for a one-game road trip which will conclude their fourth straight game against the Flames. 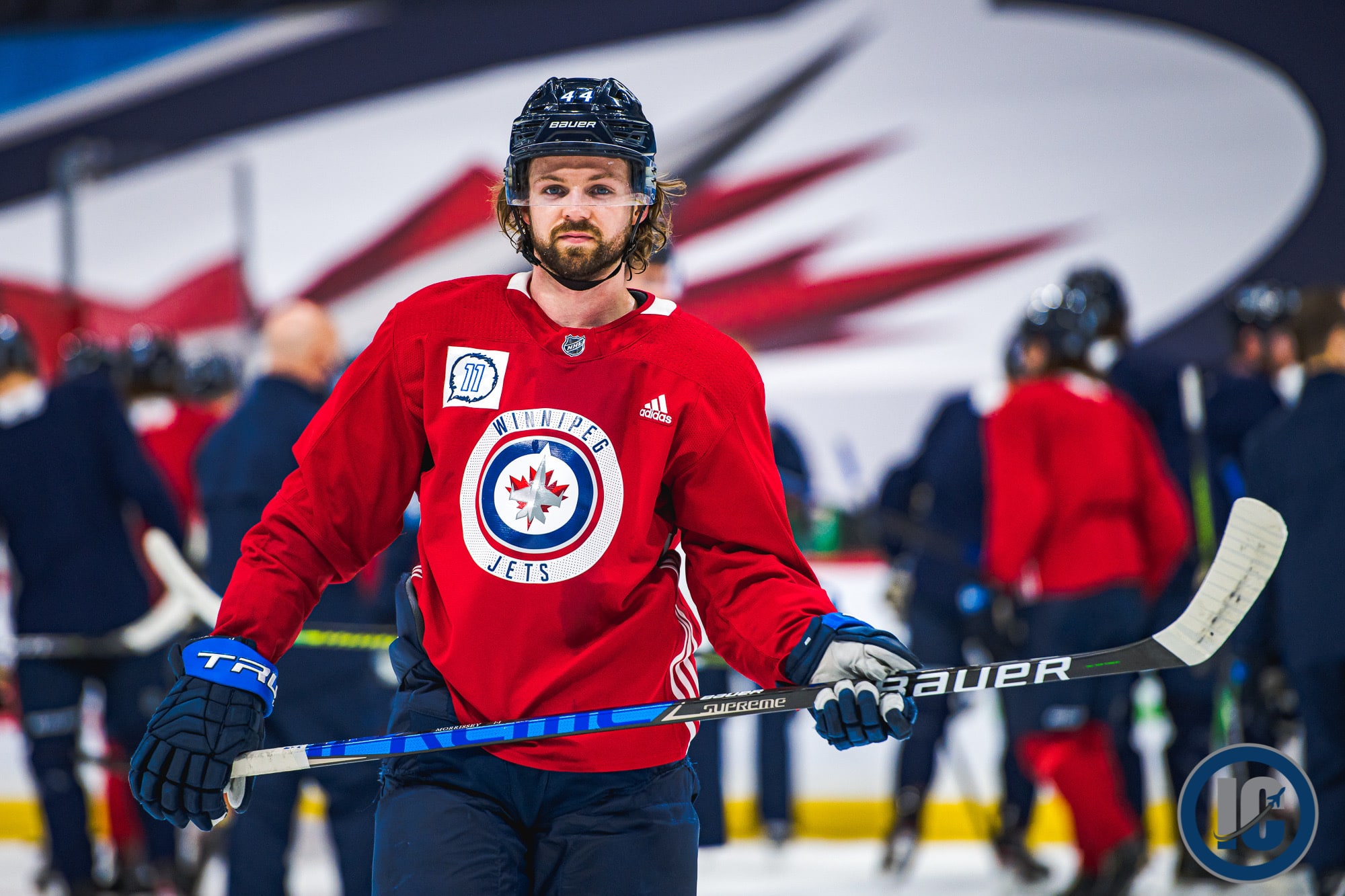 As per Mitchell Clinton of JetsTV it is the same group skating today as we saw on Sunday.  Jansen Harkins and Nate Thompson aren’t skating with the main group again as they continue to deal with their lower-body injuries. Ken Wiebe of Sportsnet confirms no changes to the lines and D pairs we saw yesterday (listed below).

1. Four days between games, did it come at a good time and preparing for a condensed schedule.
2. His thoughts on the challenge in Columbus and the way it was handled.
3. Defending against modern defencemen.
4. What is the key to getting these forward lines enough ice?
5. Does he need to do anything to help Pierre-Luc Dubois get past the situation in Columbus?
6. What does he hope to see from Kyle Connor and Pierre-Luc Dubois?
7. When was the last time he has had this kind of four-line depth and was there any difficulty in shaving minutes down?
8. Anything stick out from the Flames last game vs Edmonton over the weekend vs their games with Calgary?

The Jets will be in Calgary on Tuesday to play the Flames for the fifth time already this season. Be sure to keep it locked to illegalcurve.com for the AM Papers which go live at 7 AM CT.