Note: On Sunday the Jets held their first practice with Pierre-Luc Dubois on the ice giving the team centre depth that they have never really possessed.  Today they will practice before they head out to Calgary to conclude this four-game mini series. Stay tuned for the Practice Report.

Note II:  The Moose will start this week still without a regular season schedule.  They will continue to practice today out at Bell MTS Iceplex.

Global News:  Maurice chooses balance for Jets, at least temporarily.  It is certainly going to be a very interesting next week or so as the Jets run these four lines against the Flames tomorrow and likely the next pair of games against the Senators as well.

Sportsnet:  Jets mailbag.  You had questions and Ken has answers as he kicks off his latest mailbag with news about Tucker Poolman and then delves into all things Winnipeg including what’s happening with prospects who aren’t playing, the Seattle expansion and lots more. 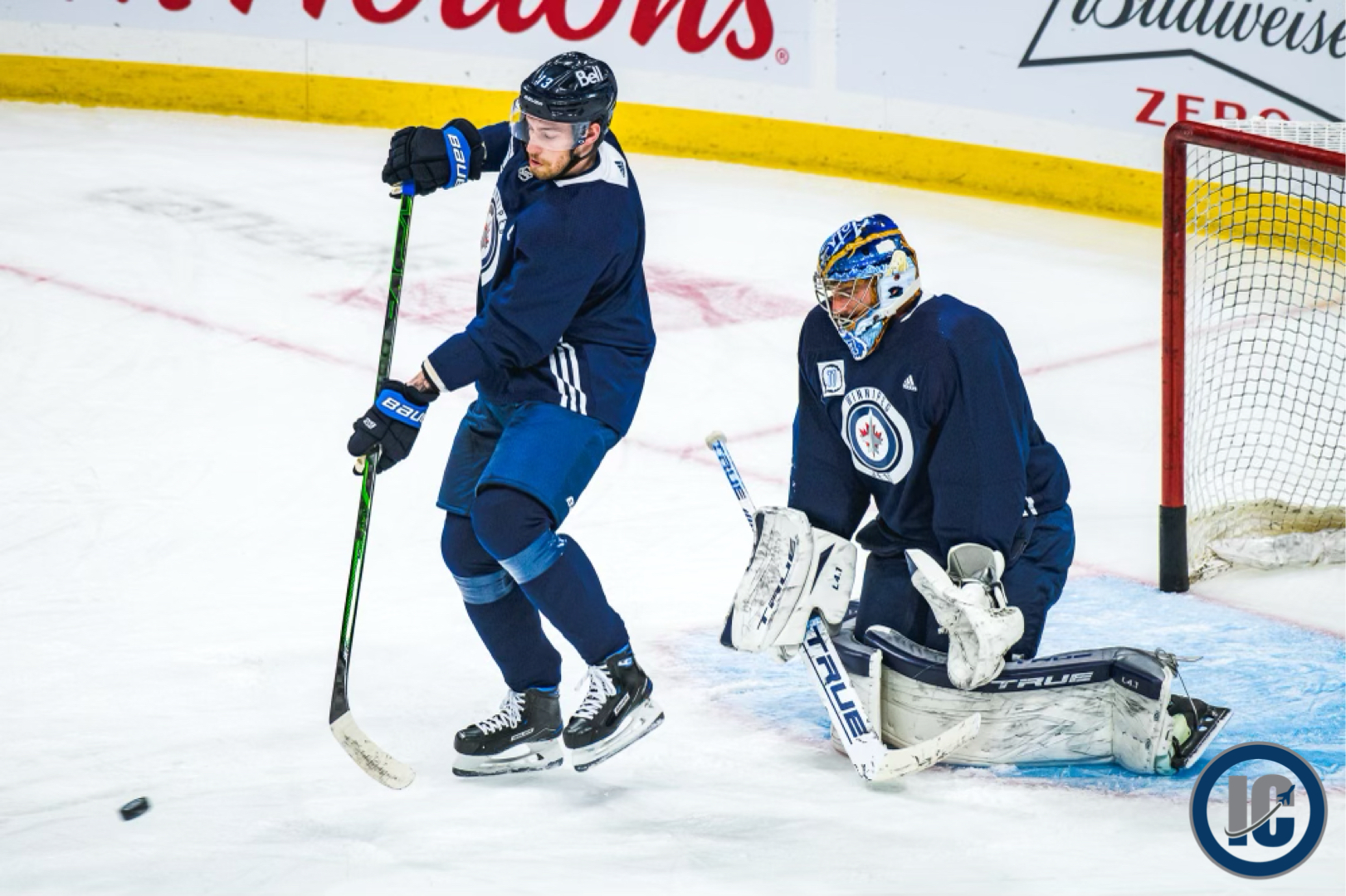 Winnipeg Sun:  Poolman returns to practice after missing weeks with COVID-19. Poolman was incredibly honest about what he’s been dealing with the last few weeks.

Winnipeg Free Press:  Nothing beats hitting the ice for newest Jet. (Paywall).  There was a smile on PLD’s face during the entirety of practice (I know this courtesy of our photog as it was almost impossible to pick that out from the pressbox).

NHL.com: Dubois practices with Jets for first time since trade, will debut Tuesday.  It will be very interesting to see what this team can do with the newest addition to the team.

TSN: Dubois gives Jets depth at centre unlike anything they’ve seen before. Balance was a word Paul Maurice kept going back to Sunday and it’s what he hopes describes all four of his lines now with the addition of Pierre-Luc Dubois. Sunday was Dubois’ first practice with the Jets since getting out of his two-week quarantine, and the addition of the 22-year-old now gives the team depth at centre unlike anything they’ve had before. Sara Orlesky has more.

Topics: Paul Maurice’s spirited defence of Blake Wheeler and his comments about analytics, Wheeler’s struggles at 5-on-5, Jets Week in Review, Jets/Flames Preview, The Jets forward lines with Pierre Luc Dubois in the line-up