Most of the talk on Thursday was focused on 2020 1st rounder Cole Perfetti joining the big club (via the taxi squad) to take part in his first practice in the NHL. 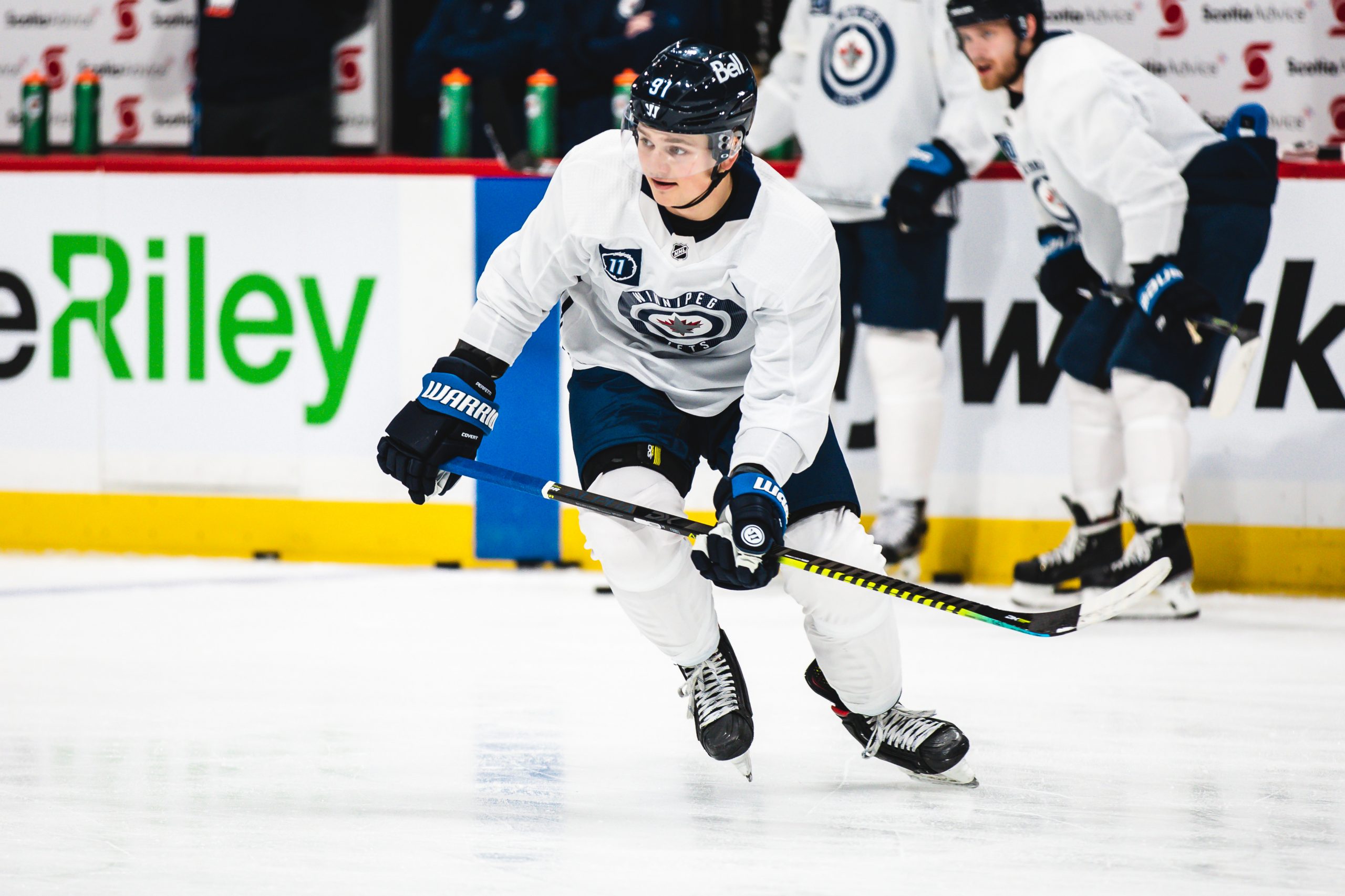 The trio of players (Wheeler, Scheifele & Stastny) who skipped Thursday’s practice for maintenance were all on the ice according to Mitchell Clinton of JetsTV.

As per Ken Wiebe of Sportsnet here are how things were lining up during practice.

Here are the power play units in practice also according to Ken.

1. Nikolaj Ehlers use of his speed.
2. Does he like how they are generating offence?
3. His thoughts on the Vancouver Canucks.
4. The maturation of Connor Hellebuyck.
5. On Jim Rutherford stepping away in Pittsburgh.
6. More on Nikolaj Ehlers finding time and space.
7. Any update on Pierre-Luc Dubois?

The Jets will close out their January calendar tomorrow with a late game in Winnipeg against the Canucks.  Be sure to keep it locked to illegalcurve.com for the AM Papers which go live at 7 AM CT and the Illegal Curve Hockey Show on TSN 1290 Winnipeg which starts at 9 AM CT.