Winnipeg Free Press:  Playing the wrong way.  The Jets team might not be panicking but the fans sure are.  I listened to the Rick Ralph post game on TSN Radio 1290 and the majority of the calls were fans with “fixes” for the Jets.  They called for everything from removing Ladd’s “C” to bringing back guys like Jason Krog and Lee Goren.

Winnipeg Free Press:  Burmistrov best thing about Jets, so far.  He is leading the Jets in points total, although his 5 points currently has him ranked 65th overall in the NHL. 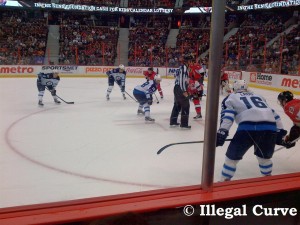 Winnipeg Free Press:  Jets should emerge as contender, eventually.  Well at least Jets fans can console themselves that the team could end up with a kid named  Nail Yakupov (the projected first overall pick next season) if they keep this up.  And if you think the media has gone bananas with Jets cliches, just wait till they have a kid with the first name Nail to talk about.

Barrie Examiner:  Play him, or send him back.  They certainly want Scheifele back in Barrie.  With the limited ice he’s seeing in the NHL and with only 3 games left before he hits 9 NHL games, the Jets have to make a decision sooner rather than later.

Winnipeg Sun:   Jets Snapshots – not generating enough offence.  Well if the Jets don’t start doing something right soon, this is going to be the reality for the remainder of the season. 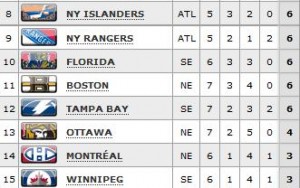 Winnipeg Free Press:  The man behind the moustache.  MacLean is seen as a great veterans coach, so guys like Spezza and Alfredsson should be happy with the change in regime from Cory Clouston.

Globe and Mail:  Byfuglien’s lawyer to enter not-guilty plea in boating incident.  The legal case hasn’t gone away and today is the first step in Big Buff’s court case in Minnesota.

Winnipeg Free Press:  Jets keen to host Heritage Classic.  As Gary said to Dennis Beyak during the 2nd intermission, anytime the city of Winnipeg gets handed an event to host (i.e. World Juniors, Pan Am Games or Grey Cup) they always take it to another level.

Winnipeg Sun:  Jets Antropov like a father to linemate Burmistrov.  Based on the way Burmistrov is playing this season, the mentoring is working.  Coach Noel said in last night’s post game media scrum that Burmistrov has been the best Jets player this season.

Winnipeg Sun:  Jets Meech making case.  He could very easily replace one of the defencemen currently listed in the Jets top 6.  With Hainsey expected out another week he will continue to get opportunities to prove his worth.

Washington Examiner:  In Canada, fans don’t have Jet lag.  Class move by the Leafs showing the Welcome back Jets video on the big screen and the ovation from the Leafs fans.

The Coloradoan:  Eagles begin first season of play in ECHL.  It isn’t just Winnipeg that is experiencing the growing pains of playing in a new league this season.