Here are the Winnipeg Jets Morning Papers for Monday, February 10, 2014

Winnipeg Free Press: Playoffs are in Sight but Performance Cannot Dip—Ed Tait crunches some of the numbers and looks at what the Jets have in-store following the Olympic break.

Winnipeg Sun: Fun in the Sun for Some during Olympic Break—Much like Winnipeggers themselves, some of the Jets players are heading home and/or to warmer locales.

Winnipeg Sun: Third Quarter Report Card –Ken Wiebe looks at all facets of the Jets and assigns them grades.

Canadian Press: Coaches Voice Concern About Olympic Impact—The great unknown about the Olympics, what effect will it have on the players who are heading to play in Sochi? 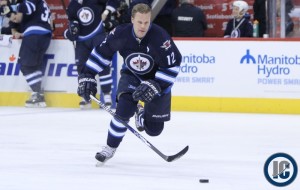 Winnipeg Free Press: When a Loss isn’t Actually a Loss—It may go down as an OTL in the standings, but as Blake Wheeler said in the post-game, “we are a hockey team, not a shootout team.”