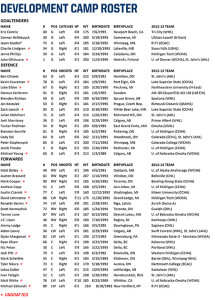 Today’s Illegal Curve Hockey Show is from 10:00 AM – 12 Noon on TSN Radio 1290, and www.tsn1290.ca. Guests include Minnesota Wild analyst Mike Greenlay and New Jersey Devils analyst Ken Daneyko. For those of you used to the usual 12 Noon start time for the show, do not fret, as upon conclusion of the show at Noon, it will immediately be replayed from 12 Noon – 200 PM.

National Post: Re-Capping the Jets Moves In June, the National Post ran a feature titled “Two Weeks to Fix a Franchise.” This article is the post-script to that feature

Winnipeg Free Press: Summer Time and the Prospects are Eager (Editor’s Note: We are waiting for this article to be posted to the Free Press website. Once it is, we will make the link go live) Ed Tait with a preview of Winnipeg Jets Development Camp, scheduled to start on Monday at MTS IcePlex

Boston Globe: Bruins ink Bergeron to 8 Year Deal The contract will expire after Bergeron turns 36, very likely making him a career-long member of the Boston Bruins

Ottawa Citizen: Condra, Senators avoid Arbitration, Signs 2 Year Deal Not a flashy player, but one of those guys that every team needs. Of most interest is his comment that Daniel Alfredsson’s parting-comments will be a source of inspiration for the team.