Jets news: Slumps – a curious malady. Winnipeg no longer saddled with Poni. Tangradi sizeable acquisition, could make impact. In a see-saw battle. In need of a heart transplant. Evander Kane says racism fuels some of his critics.

Note:  Stick to @illegalcurve as we will be at the MTS Centre to get all the latest reaction from practice after a day off on Wednesday.  And of course this is the day a ton of Jets news happens.  Quick recap: Jets trade for Eric Tangradi from Penguins, Alexei Ponikarovsky traded to Devils, Edward Pasquale called up from IceCaps and a snippet from an article to be released about Evander Kane suggests racism behind some of the criticism.

Winnipeg Free Press:  Slumps – a curious malady.  Seven games into a goalless streak, Kane looked more to form against the Flyers on Tuesday, registering six shots and getting some better looks.  His last goal came against the Islanders back on January 27th, when he sent the 15,004 MTS Centre fans home happy with an game winning goal in OT. 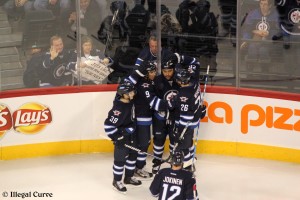 Winnipeg Free Press:  Winnipeg no longer saddled with Poni.  Alexei “I had a Pony” Ponikarovsky we hardly knew ye.  A brief 12 game stint with the Jets yields a couple of draft picks.

Winnipeg Free Press:  Tangradi sizeable acquisition, could make impact.  The Pens let him go for a song and that has to give you pause as you would think they have done their homework on Tangradi who they drafted 42nd overall back in 2007.  Was it simply a result of too difficult a lineup to crack or had the Pittsburgh organization seen enough?

Winnipeg Free Press:  Jets in see-saw battle.  If the Jets want to sniff the playoffs, simply winning, losing, then winning and losing is no longer acceptable.  Hovering around the .500 mark won’t be enough to get this team out of a playoff slump that has seen just one appearance in over a dozen years of existence dating back to the Atlanta Thrashers debut back in 1999-2000.

Winnipeg Sun:  In need of a heart transplant.  Changing team culture will not happen overnight and similarly you cannot expect the Jets to get rid of all their bad tendencies because they wish it was so.  It takes hard work and coach Noel and company are going to have to continue to try and change things in the club house.

Winnipeg Sun:  Evander Kane says racism fuels some of his critics.  Probably best to wait until the March 4th publication of The Hockey News comes out before commenting on a few paragraphs released in advance to create interest. 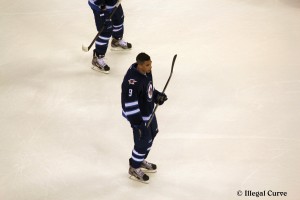 Globe and Mail:  Stakeholders set for meeting on NHL participation in Sochi Olympics.  After head of the IIHF, Rene Fasel made the ego comments the other day, it will be interesting to see what sort of reception he receives in New York today.

Globe and Mail:  Familiar names resurface as Coyotes fiasco drags on.  The names stay the same (Anthony LeBlanc of Ice Edge and Matthew Hulsizer) but so does the reality which is that neither is capable of getting this deal done.  How fans in Phoenix can continue putting up with this farce shows a dedication for those that attend games at Jobing.com Arena or watch the Coyotes games on television.  For all the negativity that the situation receives (and deserves), those fans who support the team should be commended considering the mess they have had to deal with for the last four years.

Columbus Dispatch:  Blue Jackets have a new general manager, Jarmo Kekalainen.   He will be the first European General Manager of an NHL club and he will have quite a tall task getting this Blue Jackets squad turned around.  Luckily for him he will have a number of high draft picks in the upcoming entry draft.

Winnipegger Jonathan Toews gets called for interference which means Winnipeg is heading to the power play as they look to get back to a two goal lead.

Neal Pionk with a little fumble puck and the Hawks almost make Winnipeg pay with Toews and Kane getting a chance for Chicago.