Jets news: Jets are cautiously optimistic after strong season start. New tests await in Montreal. Jets shoot up ESPN power rankings. Scheifele – Should he stay or should he go now? Victory was no Picasso, but a decent Montoya. Spotlight on Dustin Byfuglien. Jets show their emotion in win over Islanders. Two of Jets’ demons slayed — but did they take Islanders seriously enough? Dancin’ Gabe turns 50. Jets on a Deadline.

National Post:  Jets are cautiously optimistic after strong season start.  No point in planning Stanley Cup parades just yet but the early play of these Jets have a lot of fans talking playoffs despite the fact that we are just 5 games into the season.

Winnipeg Free Press:  Jets head to Montreal where new tests await.  The Jets are in for a bit test as they head back out on the road.  Montreal is the start of a 3 games in 4 nights test for Winnipeg. 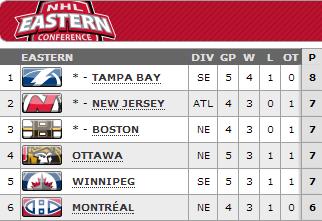 ESPN:  NHL hockey power rankings.  Looks like Pierre LeBrun has shot the Jets up 14 spots on the list.  Appears the atmosphere at the MTS Centre played a part, not surprisingly.

Illegal Curve:  Coach Noel pre road trip presser.  PK improvement.  Accountability due to leadership group.  Improvements team needed to make for this season.  Why is his team better able to handle things this year?  Not looking too far ahead.   Development of Burmistrov.  Keeping team in-balance.  Reluctance to put too much into 5 games.  Shortened season impacts his interaction with team.  Assessment of the upcoming game against the Canadiens.  Needing to have consistency in the group.

CBC:  Scheifele – Should he stay or should he go now?  The debate continues as to whether or not Scheifele should be sent down.  It seems highly unlikely that coach Noel will tinker with his chemistry for tomorrow’s game against the Habs, and that would mean that if Scheifele gets into the next game following (vs. Panthers on 31st), he will not have played for 9 days.  Is the off-ice experience he is gaining being around NHL players worth the lack of on-ice experience.  Especially in light of fact that he would be playing big minutes in Barrie.  Let us know what you think should be done with the Jets 2011 1st round selection.

Winnipeg Free Press:  Victory was no Picasso, but a decent Montoya.  Considering that Montoya hasn’t played a meaningful game in almost a year his game was decent. 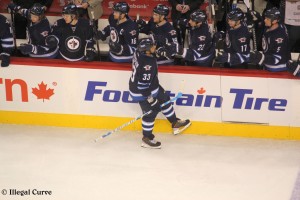 TSN:  Jets show their emotion in win over Islanders.  As did the fans who wouldn’t let up despite the fact that this team was down by 2 goals with just over 7 minutes to go in the 3rd period.  A gutsy effort from the Jets who out chanced the Islanders but couldn’t solve Nabokov.

Winnipeg Sun:  Two of Jets’ demons slayed — but did they take Islanders seriously enough?  These guys are becoming cardiac kids as they give their fans heart palpitations falling behind before rallying for the win.

Winnipeg Sun:  Dancin’ Gabe turns 50.  The Manitoba sports icon turned 5o yesterday and appropriately enough was celebrating with 15,003 of his closest friends.  The Jets honoured him with a Dancin Gabe 50 framed jersey. 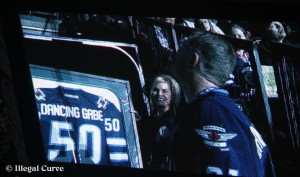 Illegal Curve Post-game podcast from the Press box: Host Drew Mindell and Analyst Richard Pollock break down the Jets play against the Islanders. 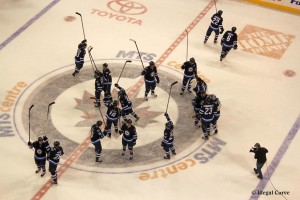 Arizona Republic:  Clock ticks down for Phoenix Coyotes deal.  The deadline is now Thursday for Jamison to take advantage of the deal provided by the former city council.  A deal he isn’t likely to see from the new members of council if he allows it to expire.

Globe and Mail:  Veto of Markham financing plan may torpedo arena’s private partner.  This deal has more layers than an onion and the folks in Markham had best continue peeling away all the layers, no matter how much it makes them cry, before they agree to finance an arena.  You would think the due diligence would be complete but that appears not to be the case.

San Jose Mercury News:  San Jose Sharks stay perfect with 4-1 win over Vancouver Canucks.  The Sharks were written off for dead by many but don’t look now they beat the Canucks and move to 5-0 on the season.  Marleau failed to record his 5th consecutive 2 goal game, although he did end the game with 1 tally.

Chicago Tribune:  Leddy’s OT goal gives Hawks win over Red Wings.  Perhaps more people would be talking about the 5-0 Sharks, if the Blackhawks weren’t off to the best start in franchise history, currently sitting at 6 wins and 0 losses after taking out arch-rival Detroit yesterday.

ESPN:  Jason Arnott won’t join Rangers.  The 38 year old Arnott reportedly failed the physical.  Will he rectify whatever is wrong and sign with anyone team?  Stay tuned. 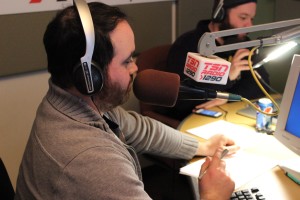 Interview with GM Ken Holland:  The increase in scoring coming out of this seasons lockout.  The similarities of the retirements of Yzerman and Lidstrom and how they effected the team.  How the recently retired Tomas Holmstrom was such an effective player.  Taking the time to fully develop a player.  The evolution of Mike Babcock as a coach.  Lengthening overtime.  Playing games outside of their own time zone.