CBA news: Hamrlik stands by his criticism of NHLPA, still hopes for compromise solution. Don Cherry confident lockout will be over within weeks. NHL sides talk by phone, no meetings scheduled.

World Juniors: Trouba assists on lone U.S. goal. Canada beats Sweden in junior warm-up. Canada spot-on with Steve Spott as coach. Boone Jenner isn’t sure what else he could have done.

Twitter:  Don Cherry tweets about Evander Kane situation.  This morning Don sent about 5 tweets saying he supports Kane and that he was simply joking around but hopes tax man wasn’t watching. 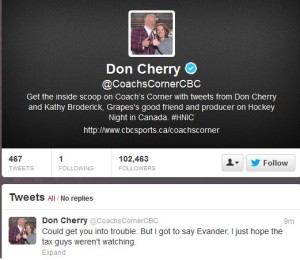 Globe and Mail:  Aucoin’s four-point outing guides Marlies past IceCaps.  The Caps failed to win the second game of the back-to-back in Toronto last night.

Coloradoan:  Colorado’s home roll continues with sweep of Bakersfield.  Finding ways to win against the weaker teams is important, especially as the Eagles get ready to embark on a 6 game road trip following the Christmas holidays.

News Reporter:  Rookie goalie Adam Brown finding a groove for Colorado.  With all the missing players up front, Colorado is getting some much needed help in-between the pipes.

Edmonton Journal:  Hamrlik stands by his criticism of NHLPA, still hopes for compromise solution.  I really respect the fact that Hamrlik hasn’t backed away from his comments.

National Post:  Don Cherry confident lockout will be over within weeks.  The Coach is confident that we will see NHL hockey again this year (technically next year).  What do you think?

CBC:  NHL sides talk by phone, no meetings scheduled.  Both waiting till the last minute to get this done.  Terrific.

Minneapolis Star-Tribune: Finns score four third-period goals, beat U.S. 5-1. The Jets draft pick picked up an assist on the lone U.S. goal in the loss to the Finns on Saturday. 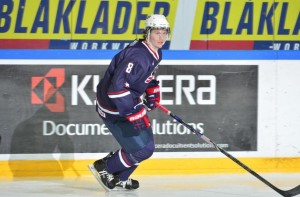 Toronto Star:  Canada spot-on with Steve Spott as coach.  Not the conventional way to get to Team Canada but Steve Spott has worked hard to get to his present position.

TSN:  Boone Jenner isn’t sure what else he could have done.  Not surprisingly the Canadian players believe the hit was  fair and doesn’t merit further disciplinary action.