Jets news: NHLers to show up at road hockey game at The Forks. Jets-branded Budweiser flying off store shelves. Pavelec Czeching out, ready to return to Canada. Colorado Eagles’ goalie play getting overlooked. Eagles away games to be shown at Stuft.

Note: During November each year, Movember is responsible for the sprouting of moustaches on thousands of men’s faces, in Canada and around the world. With their “Mo’s”, these men raise vital funds and awareness for men’s health, specifically prostate cancer and male mental health initiatives. If you’d like to help the Illegal Curve team as we raise money and awareness you are welcome to do so; Dave, Ezra & Drew.  There will be a Mo event at Confusion Bar & Grill tonight.  Come join some of the Illegal Curve crew and check out our 13 day old staches!

Note II:  Big thanks to Michael Remis for covering the Morning Papers while I was away.

Winnipeg Free Press:  NHLers to show up at road hockey game at The Forks.  The trash talking has begun.  If you find yourself with some free time this afternoon, why not head to the Forks to check out a street hockey game, and maybe even get a chance to play.

Winnipeg Free Press:  Jets-branded Budweiser flying off store shelves.  Need a way to improve beer sales in this province?  Throw on the Jets label and boom, it flies off the shelves.

Winnipeg Free Press:  Pavelec Czeching out, ready to return to Canada.  It was not exactly the homecoming he was expecting when he signed with his hometown team.  Finished with a 4-10 record, an .896 save percentage and a 3.50 goals against average. 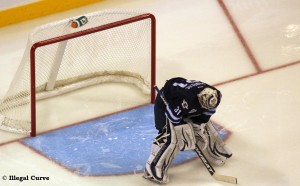 Reporter Herald:  Colorado Eagles’ goalie play getting overlooked.  The Eagles have been on the receiving end of some very good goal tending during their recent 5 game winning streak.

Northern Colorado 5:  Eagles away games to be shown at Stuft.  Part of increasing the awareness of your brand is by expanding your exposure, and Colorado has found a way to do that via a partnership with Stuft restaurants in Northern Colorado.

Winnipeg Free Press:  Contract issues latest sticking point.  This can be seen as a major problem for negotiations as both sides appear to be firmly entrenched in their position.

Sportsnet:  #WeLoveHockey fans have their say.  Another futile effort unfortunately as gimmicks at this point in the negotiations are quite ineffective.  Both sides will only be motivated by one thing; money.

Ottawa Citizen:  Senators seek ways to lure back fans.  The Senators recognize that getting fans to return won’t be as easy as shooting fish in a bareel as it is for some teams in the NHL.

Globe and Mail:  Tensions rising with no end to NHL labour impasse in sight.  On one hand we are told to be optimistic and then with the other, we hear contrary information.

ESPN:  Four enter Hockey Hall of Fame.  It is a shame the evening had to be marred by lockout talk although the worthwhile inductees were given their time to shine.

USA Today:  Blake Geoffrion’s dad –  ‘We’re lucky that he’s alive’.  It had the potential to be a life altering hit and luckily for the Geoffrion family, while it wasn’t pretty and turned out to be serious, he is going to be ok.

Edmonton Journal:  Schultz impresses Barons teammates, Oilers brass.  The teams he spurned to go to the Oilers are extremely regretful that they were unable to get a him signed. From the reports in the AHL he is excelling at this level.

Illegal Procedure:  CFL Playoff Papers.  While the Bombers season might be done there is still plenty of CFL news as the Finals in both the East and West have been set.