CBA news: A lockout like no other. Silence is golden at NHL talks. After marathon series, NHL and players union to meet again today. Fehr, Bettman roll up sleeves. The NHL’s deal maker. If NHL is up and running Dec. 1, then what?

NHL news: Debunking the myth of the centre of the hockey universe. Russian Rocket blazed a trail.

Winnipeg Sun:  Andrew Ladd hopeful.  Some cautious optimism from the players should have fans cautiously optimistic.

Pro Hockey Talk:  Enstrom bolts from Austrian team.  In case you missed the news yesterday, Enstrom is done with his Austrian team.  Perhaps Jets fans can take this latest development as a positive sign regarding CBA talks. 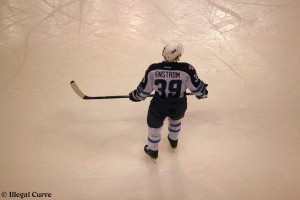 The Telegram:  IceCaps need better tallies.  With the team they have assembled you wouldn’t think that goal scoring would be an issue, but early on in the AHL season it has been.

Northern Colorado 5:  Eagles re-sign Ulanski.  The Jets affiliate adds the Wisconsin native back to the roster, as Ulanski has played for the Eagles in each of the past four seasons.

Sportsnet:  A lockout like no other.  This is the problem for the NHL when they spin things, sometimes it is difficult to dial back your words.  Hard to trust the numbers for franchises since the teams don’t make this public but it is clear that the league is not going to get the price they want for some of the problem children teams in the NHL.

Winnipeg Free Press:  Silence is golden at NHL talks.  The only thing fans should want to hear out of either side is “we have a deal”!  Anything else is just useless blather.

Globe and Mail:  After marathon series, NHL and players union to meet again today.  While yesterday’s meeting was important, today is key in continuing the momentum that was built.

Toronto Star:  Fehr, Bettman roll up sleeves.  This is what fans have been asking for since well before September 15th.  To see both sides working with each other and not through the press.

Globe and Mail:  The NHL‘s deal maker.  An interesting read on the Flames owner and one of the principal deal makers with the NHL.

Edmonton Journal:  If NHL is up and running Dec. 1, then what?.  A 60 game schedule seems to make a lot of sense, except where it counts for the owners and the players, at the bank.

Toronto Star:  Debunking the myth of the centre of the hockey universe.  Is support of Jr. hockey (or lack thereof) indicative of what would happen if a 2nd NHL team was moved to the area?  With all the people shut out of owning Leafs tickets we wouldn’t think so but, of course, you won’t ever know until you try it.  And considering what is happening in some current NHL markets, it would almost have to be more successful.

ESPN:   Russian Rocket blazed a trail.  He was like watching lighting on ice.  He had blazing speed, dynamic moves and an unbelievable shot.  Have to wonder what he would have been able to achieve if he had had a relatively injury free career.

Illegal Procedure: Winnipeg Blue Bombers Papers. If you are a fan of CFL football, check out our other site, which gives you all the latest Bombers & CFL news.  Lots of rage at the Blue for letting go assistant GM Hodgkinson after 27 years of services to the team.  Also you have an opportunity to own a piece of Bombers history as they sell off assets from Canad Inns Stadium.