Winnipeg Sun:  IceCaps ready for games.  Ken took the long flight to the East coast to check out the Jets farm team.  Lots of news and notes from camp.

Winnipeg Free Press:  Jets still need to discuss DUI conviction with Pavelec – GM.  Based on the way Pavelec is playing in the KHL he might welcome the opportunity to pop into Winnipeg to discuss things with the Jets.

Winnipeg Free Press:  Day 19.  Catch up with some of your favourite Jets from around the KHL as well as news about other local players who have chosen to play over in Europe.

Winnipeg Free Press:  Truth, lies and statistics.  Ed gives you a refresher on the lockout.  I would suggest the ‘us’ vs. ‘them’ would be the fans vs. the NHL/NHLPA.

Winnipeg Sun:  Meech staying sharp with IceCaps.  Will this be the season for Meech to crack the team?  With Bogosian’s injury and the departure of guys like Flood and Kulda, it might his best chance to be wearing his hometown jersey consistently.  Of course this would require the lockout to end.

Winnipeg Free Press:  Kane makes KHL debut in Belarus.  Kane didn’t do anything spectacular in his debut but the crowd noise is pretty impressive. 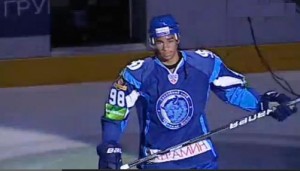 Winnipeg Free Press:  U of M educators study NHL impasse from differing perspective.  Missed this yesterday as Ed went back to school to get some local perspectives on the lockout.

Toronto Star:  Don’t expect a mutiny in the NHLPA – Cox. Fehr has solidified his power but that doesn’t mean we won’t be enjoying some more Barch type rants coming from the players.  Especially once the paycheques stop arriving.

Ottawa Citizen:  Just killing time in no man’s land.  Both sides need to realize that it is time to make further concessions.  Both know that they will have to however it seems that we are in a ‘don’t blink first’ contest with who will make the first offer to concede further.

Detroit Free Press:  Lockout puts NHL Winter Classic at Michigan Stadium at risk.  This is like the nuclear option.  If the players force the owners to miss this event, you can bet we will not be seeing hockey for a long, long time.

Minneapolis Star-Tribune:  NHL talks go nowhere; season likely won’t start on time.  I had a feeling last night at the Smashing Pumpkins concert that this might be the closest we get to the Press Box for awhile. 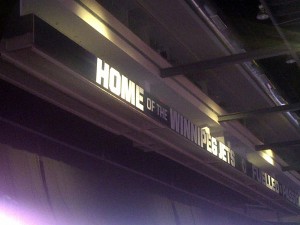 ESPN:  No Progress In Labor Talks.  Pretty much all you need to know is stated in the opening line of the story; “the NHL and NHLPA met briefly”.

ESPN:  Been here, done that. We live in a ‘what have you done for me lately’ type of world and despite Ovie being one of the very best, fans want team success.

Illegal Procedure: Winnipeg Blue Bombers Papers. If you are a fan of CFL football, check out our other site, which gives you all the latest Bombers news.  Talk of the town surrounds the concussion suffered by Buck Pierce.