Jets news: IceCaps begin training camp; Burmistrov among players invited. The ‘Peg is his Oyster. Lockout notebook. Moderate NHL owners have no say. Jets want to be ready for whenever lockout ends.

Winnipeg Free Press:  IceCaps begin training camp; Burmistrov among players invited.  Maybe the lockout isn’t such a bad thing.  Lots of players who could use some seasoning still.

Winnipeg Free Press:  The ‘Peg is his Oyster.  You got the sense last season that Slater really enjoyed his time in Winnipeg.  Sounds like he is looking for a substitute to ‘Take a Jet to work day’ during the lockout.

Winnipeg Free Press:  Jets lockout notebook.  Some news and notes about the Jets in the city.

Winnipeg Sun:  Moderate NHL owners have no say.  It seems unbelievable that this time last years fans were wearing Winnipeg Jets jerseys as they celebrated the 1st exhibition game in the history of the re-born franchise against the Columbus Blue Jackets. 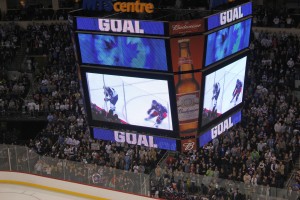 TSN:  Jets want to be ready for whenever lockout ends.  Interesting that Dennis believes that the regular season will begin on time.  I wish I could be that optimistic but let us hope his glass half full approach is the right one so hockey fans in Manitoba can go back to filling up the MTS Centre night after night.

Winnipeg Free Press:  Locals make Jets duds.  Good to see Manitoba based companies getting some work from the team.

Chicago Tribune:  Hawks players air frustration over lockout.  Not often you hear the mild mannered Hawks captain from Winnipeg speaking out but his frustration is quite clear.

ESPN:  Union query would spark talks.  If it wasn’t so painful this situation would be comical.  Unfortunately the status of ‘negotiations’, if they can be called that, are a joke and the league and players are quickly being forgotten as they continue to do nothing.  The NHL might want to remember that the NFL is back and despite replacement refs causing all sorts of havoc, hockey fans can easily turn their attention to the #1 sport in North America.  (Note:  Even @ICezzyg and I have entered the realm of Fantasy Football this year and are currently sitting 3-0 after Week 3.  For the record both @ICrichyp and @ICdrew are 2-1).

Globe and Mail:  Understanding escrow.  Many words/terms are thrown around in the course of lockout talk and fans who might not otherwise encounter them, might be curious as to their meaning.  This gives a good explanation as to what escrow is all about.

The Seattle Times:  Oilers ownership group in Seattle.  Do I smell some Mario Lemiuex like posturing?

Buffalo News:  Prospects Game proof America’s got hockey talent.  Led by the son of former Toronto Raptor Popeye Jones, Seth Jones and the rest of the young Americans showed why this will be a very deep draft in 2013.

Part 1: Evander Kane signs with the Winnipeg jets. Interview with Randy Turner of the Winnipeg Free Press. Revenue sharing in the NHL and how a franchise qualifies. HRR and the dispute between the NHL and NHLPA regarding how it is calculated.

Part 2: Please note, due to the NHL Lockout and the lack of negotiations between the NHL and the NHLPA this week’s Illegal Curve Hockey featured football and baseball discussion in hours two and three.

Illegal Procedure: Winnipeg Blue Bombers Papers. If you are a fan of CFL football, check out our other site, which gives you all the latest Bombers news. The Bombers prepare to try and start a win streak as they get ready to play the Argonauts next week.

Illegal Procedure:  Two Pairs are better than One.  Richard focuses on 2 key Bomber pairings, as manifested in the game against Hamilton, that indicate that a brighter future lay just beyond the visible 3-9 horizon.