Note: The Jets were back home for one game on Sunday and they took it 2-1 over the Coyotes which improved them to 29-14-1 on the season which is good enough for top spot in the Western Conference. They travel to Montreal today as they prepare to face the Habs to start five games on the road.

Note II: The Moose ended their road trip with a win in Belleville on Saturday night and returned home on Sunday. Today they are scheduled to practice at 11:30 AM CST.

Note III: The Ice are next in action on Wednesday night when they take on the Raiders in Prince Albert.

Note IV: While neither Mason Appleton nor Logan Stanley are expected to return anytime soon they will head out on the road with the team.

The Athletic Winnipeg: Jets and Pierre-Luc Dubois have evolved but unavoidable intrigue remains about future. (Paywall). This season and next are going to be fascinating to watch, not just with respect to Dubois but with regards to him and many other storylines.

Global News: Western Conference-leading Jets capable of greatness. Cam chimes in on the success of the local NHL club.

Sportsnet: Dubois continues to shine as Jets take down Coyotes before five-game trip. He continues to go into beast mode this season and has been able to ensure that he is doing so consistently. He’s on pace (est. 37) for a career high in goals 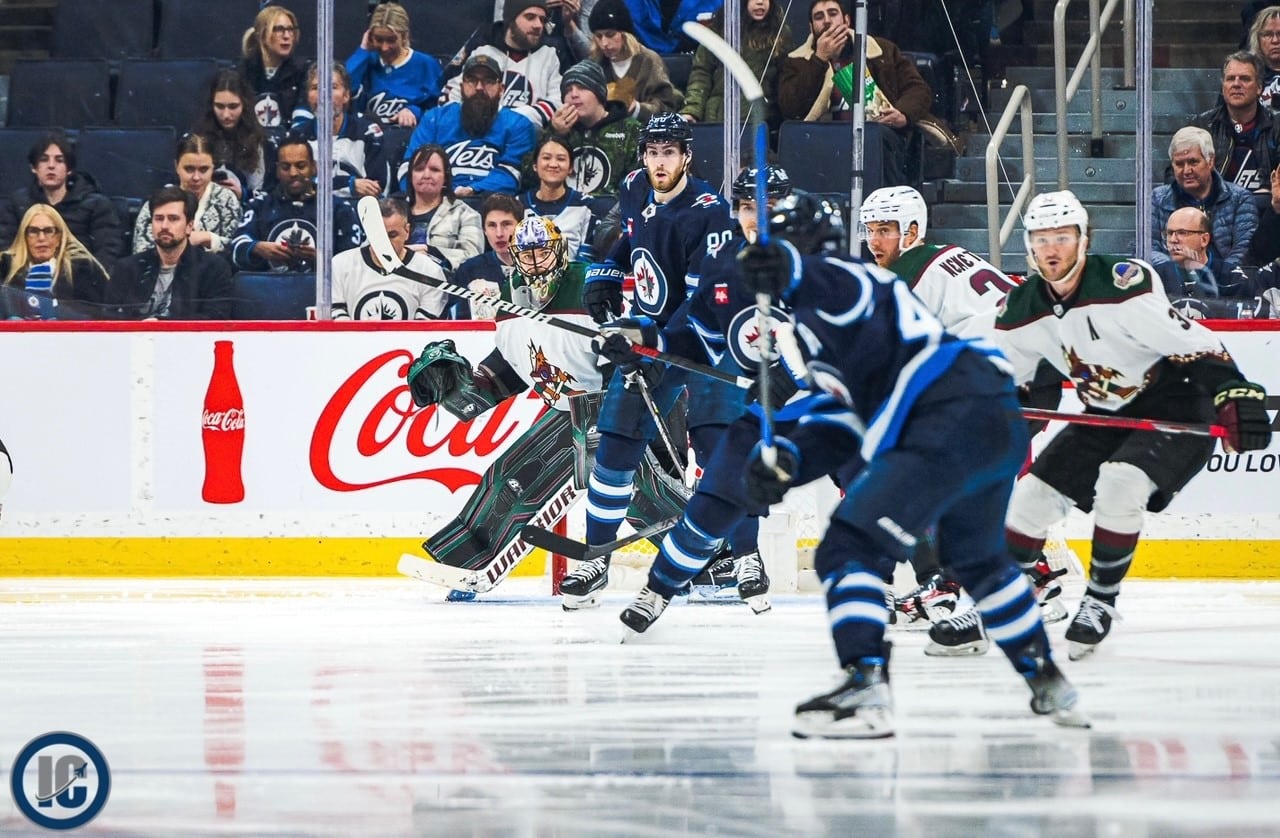 Winnipeg Sun: Jets scrape by lowly Coyotes. It was a tale of two teams because the Arizona club of the first half of that game wasn’t very good but the second half club was much improved. Paul reaps the game.

TSN: Johnson on what has set Morrissey apart from other defencemen this season. Jets defenceman Josh Morrissey moved into a tie with Rasmus Sandin for second in scoring among NHL d-men this season, in Winnipeg’s win over the Coyotes. TSN Hockey analyst Mike Johnson broke down what has set Morrissey apart from his contemporaries this year, and touched on the play of Cole Perfetti, who reached a career-high 20 assists in the victory.

Illegal Curve Hockey: Saturday Show. On the show this weekend we discussed: Jets win in Pittsburgh to conclude road trip. GM Kevin Cheveldayoff and whether the Jets will “go for it” this season. What is the biggest need for Winnipeg to trade for? Jets home for one vs Coyotes. Looking ahead at “soft” schedule for Winnipeg in February and opportunity it presents. How open the Western Conference is. Goaltending depth in Winnipeg.