Note: The Jets made some room on Thursday when they announced they had reassigned Kristian Reichel and also placed Michael Eyssimont on waivers which got them down to 21 on the roster. Which is likely going to be necessary given we learned at practice that there could be as many as four guys ready to return tonight. With it being a gameday all eyes will be on morning skate which gets underway at 10:30 AM CST. All the relevant news will be posted in the pre-game report so check back for that. Puck drop is at 7:00 PM CST.

Note II: This evening, after the final buzzer sounds between Winnipeg and Tampa Bay, we want you to be part of the conversation on the Illegal Curve Post-Game Show as we discuss and analyze the results of the game. This season you’ll have a chance to win great schwag including authentic Jets jerseys, hats, etc after every single game and now a grand prize of a pair of tickets to an NHL game of your choice (For a variety of ways to enter click here).

Note III: The Moose are looking to put an end to their three-game losing streak tonight in Laval as their six-game road trip continues against the Rocket. They’ll get Reichel back and you can expect Jansen Harkins, who cleared waivers earlier in the week. Puck drop is at 6 PM CST.

Note IV: The Ice swept their two-game series with the Blades last weekend which is a good thing for the top team in the Eastern Conference with Red Deer nipping at their heels in the 2nd spot. Next up they’ll play the 2nd place in the Western Conference Portland on Sunday. It may feel like a home game for the Winterhawks who have seven Manitobans on their roster.

Note V: Yesterday was a wild day of junior hockey in Halifax as Team USA and Team Sweden played an insane game that ended in OT with the Americans winning the game 8-7 courtesy of Jets prospect (2021 1st) Chaz Lucius who had the game-winning goal (his third of the game). 2022 1st rounder Rutger McGroarty had three assists in the game while 2022 6th rounder Fabian Wagner had an assist (as well as a shot at winning the game in OT). Lucius said after the game he is gonna head home for a few days to rest.

Winnipeg Sun: How Pierre-Luc Dubois has developed into a high-end power forward for the Jets. It is quite remarkable that his season hasn’t gotten the recognition as it might have given what Josh Morrissey and Connor Hellebuyck are doing but he along with Mark Scheifele are having fantastic season’s. 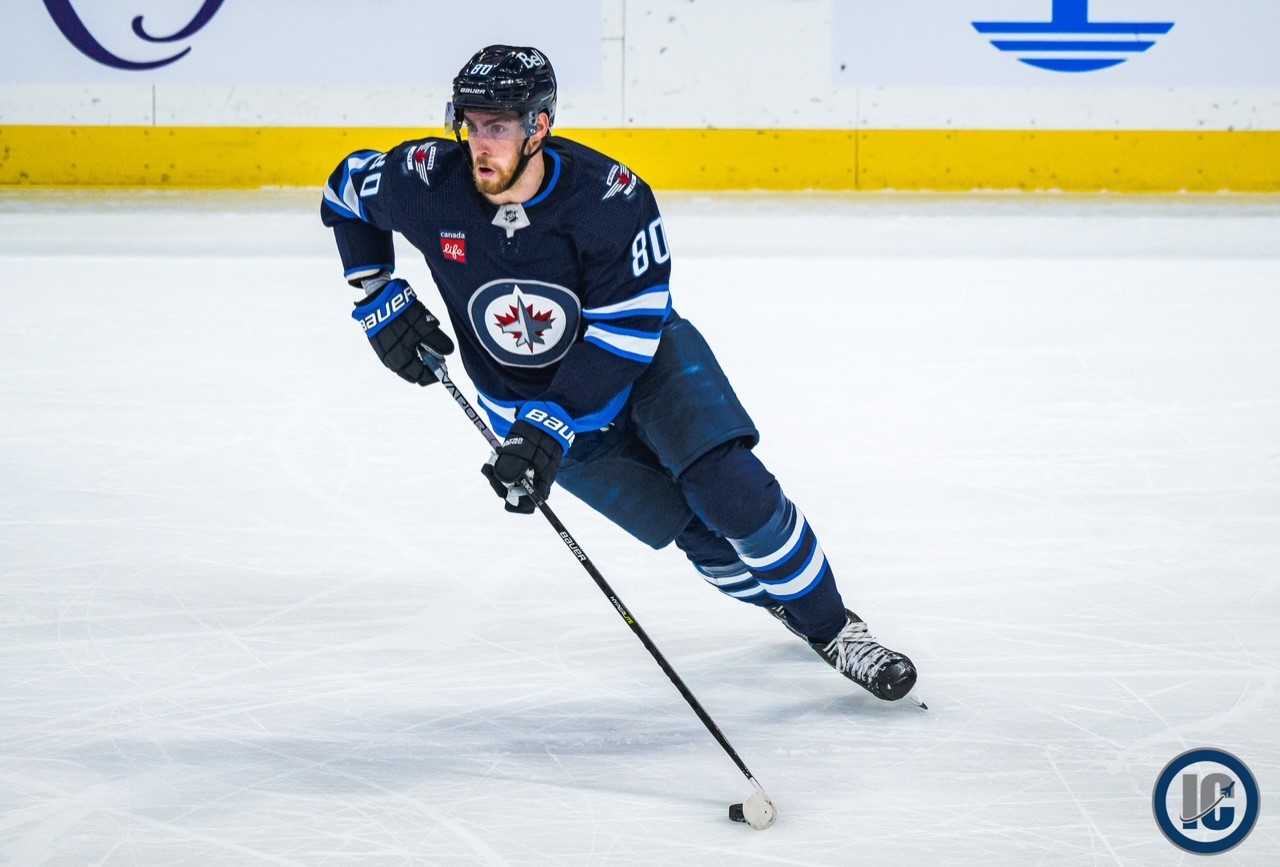 Winnipeg Sun: Jets look to avoid letting foot off gas pedal with talented players like Wheeler and Ehlers returning to line-up. The word said were the right ones. Thankful to the teammates that kept the Jets in the fight and not becoming complacent. We shall see if they can back that up with action.

Winnipeg Free Press: Jets’ injury woes coming to an end as four regulars ready to return. (Paywall). It will be interesting to see how many players return tonight.

Sportsnet: Jets Mailbag: What will the Jets target at the trade deadline? You had questions and Wieber has answers in his latest mailbag.