Note: The Jets were in Boston last night where they looked like they were going to be Bruins killers opening up a 2-0 lead after 20 minutes but there is a reason they are (now) 18-0-2 at home because a lucky bounce, some penalty advantages and a blown coverage led to the comeback win dropping Winnipeg to 21-11-1 on the season. No rest for the Jets however as they take on the Capitals tonight(who also played last night) to conclude the pre-Christmas break portion of their schedule. Puck drop is at 6:00 PM CST.

Note II: This evening, after the final buzzer sounds between the Jets and Capitals, we want you to be part of the conversation on the Illegal Curve Post-Game Show as we discuss and analyze the results of the game. This season you’ll have a chance to win great schwag including authentic Jets jerseys, hats, etc after every single game and now a grand prize of a pair of tickets to an NHL game of your choice (For a variety of ways to enter click here).

Note III: The Moose are coming off a 5-3 win over Iowa on Wednesday night which was their third straight victory and fifth win in their last six games. They will look to close out their pre-Christmas break with another win over the Wild this evening. Puck drop is at 7:00 PM CST.

Global News: A Winnipeg Jets Christmas. Who knew John Shannon was a poet? I certaintly didn’t.

Sportsnet: Special teams, not ‘unbelievable’ first goal by Bruins, ruined Jets’ momentum in defeat. While folks wanted Winnipeg to be on the receiving end of a few more power plays ultimately they couldn’t take advantage of the ones they had and of course gave up the game tying goal on the power play (which probably shouldn’t have been a penalty in the first place).

Winnipeg Sun: Jets can’t keep up with hot-running Bruins, yet. That is why the cliché says “hockey is a 60 minute game” because after 20 minutes with Winnipeg holding a 2-0 lead and a 13-10 shot edge it was looking pretty, pretty, pretty good for the visitors. Of course the next 40 didn’t go exactly as they would have liked. Paul was there and this is his recap.

Winnipeg Free Press: Bruins rally to beat Jets 3-2. (Paywall). Jeff was in Boston and he gives you his thoughts on the contest.

Winnipeg Free Press: Kevin Stenlund making his case. (Paywall). The big Swede knew when he was with the Moose that the Jets were watching which was his motivation to work hard and earn a recall. Might the Tre Kronor line stick?  We shall have to wait and see. Jeff wrote about him pushing for a spot with the big club. 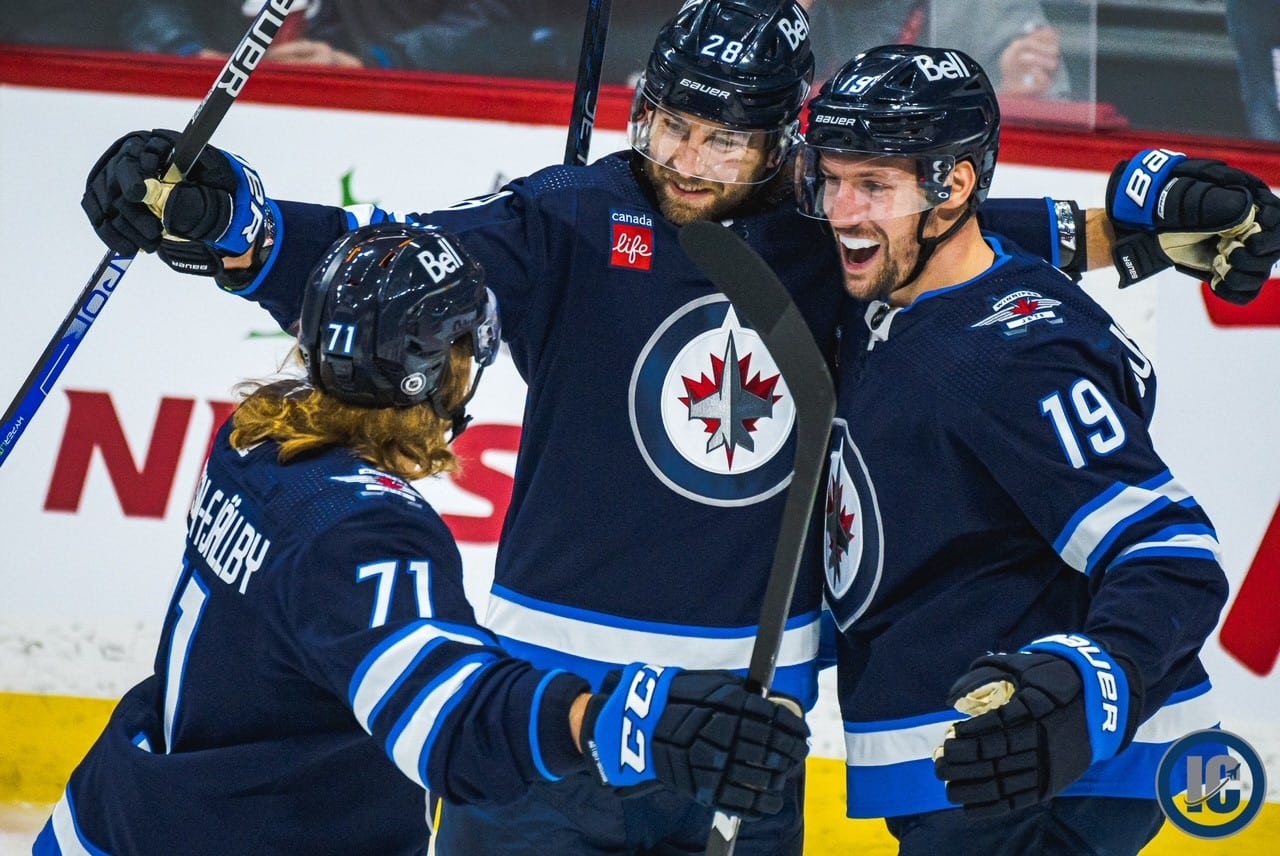 Boston Herald: Bruins get gift, overcome two-goal deficit to beat Jets, 3-2. Always interesting to get the perspective of a writer who covers the Jets opponent.

The Hockey News: Josh Morrissey is a Norris Trophy candidate, but can he actually win it? Lots of folks on the Morrissey hype train and Jacob takes a look at number 44 and whether he has what it takes to be the best defenceman in the NHL.

The Athletic Winnipeg: Winnipeg Jets’ Josh Morrissey is on a roll and building his Norris Trophy case. (Paywall). If you thought the case for Josh Norrissey wasn’t sufficiently strong enough Murat takes a look at how close to the top 44 should be, looking at his offence, defence and analytics as well as his competition for the defenceman of the year award and lastly some video.

TSN: Corrado on Jets’ penalty troubles: ‘If you give the Bruins an inch they will take a mile’. TSN Hockey analyst Frankie Corrado joins Glenn Schiiler on SportsCentre to discuss the Jets’ undisciplined play against the Bruins which allowed them to come back from two goals down to beat Winnipeg.

Sportsnet: Taking a look at WJC prospects for Canadian NHL teams (minus the Maple Leafs). Jets fans will have a chance to watch four prospects of Winnipeg in the tournament including Rutger McGroarty (USA), Chaz Lucius (USA), Brad Lambert (Finland) and Fabian Wagner (Sweden).

TSN: McGroarty brings ‘a bit of everything’ to USA; hopes to face dominant Fantilli. Team USA forward Rutger McGroarty explains what he’s looking to be a Swiss Army Knife for the team at the World Juniors and play in a number of different roles. McGroarty also discusses how much he’s looking forward to playing Michigan teammate Adam Fantilli, and much more.