Note: All good things must come to an end and that is what happened last night as the Jets winning streak ended at four games with Washington defeating Winnipeg by a final score of 5-2. We had learned after morning skate that Logan Stanley & Saku Maenalanen had been placed on injured reserve but we found out post-game that it was going to be long-term (over a month). The schedule for this week isn’t yet but the presumption is that the Jets will practice today as they prepare to face the Golden Knights here tomorrow night. If they do practice be sure to check back for the Practice Report.

Note II: The Moose earned their seventh split of the season whereby they lose the opening game of a two-game series but win the second game of the schedule. They travelled to Calgary, sans Kevin Stenlund who was recalled to the Jets, and they will practice today at the Saddledome as they prepare for their first ever game in Calgary against the Wranglers on Tuesday.

Note III: The Ice ended their four-game homestand with a 6-1 win over the Pats to improve to 25-4-0-0. They will be back in action next Friday when they kick off a home and home series against the Wheat Kings which starts in Brandon and then concludes in Winnipeg on Saturday night.

The Athletic: Rick Bowness is giving Jets the reset their franchise so desperately needed. (Paywall). If you don’t have a subscription then you can watch the Got Yer’ Back podcast because he is essentially just transcribing the topics from that chat.

Global News: Three candidates for Jets MVP emerge one-third into season. Kelly gives you two players and one coach as your options to select from in his latest piece.

Sportsnet: Jets maintain faith in their game despite small bump against Capitals. Aside from the two blocks of ten minutes to start the first and second periods it wasn’t as if they played a completely terrible game. While they have a top three goalie in the NHL that helps offset these “starting on our heels” types of situations the team knows that they cannot afford to sit back. 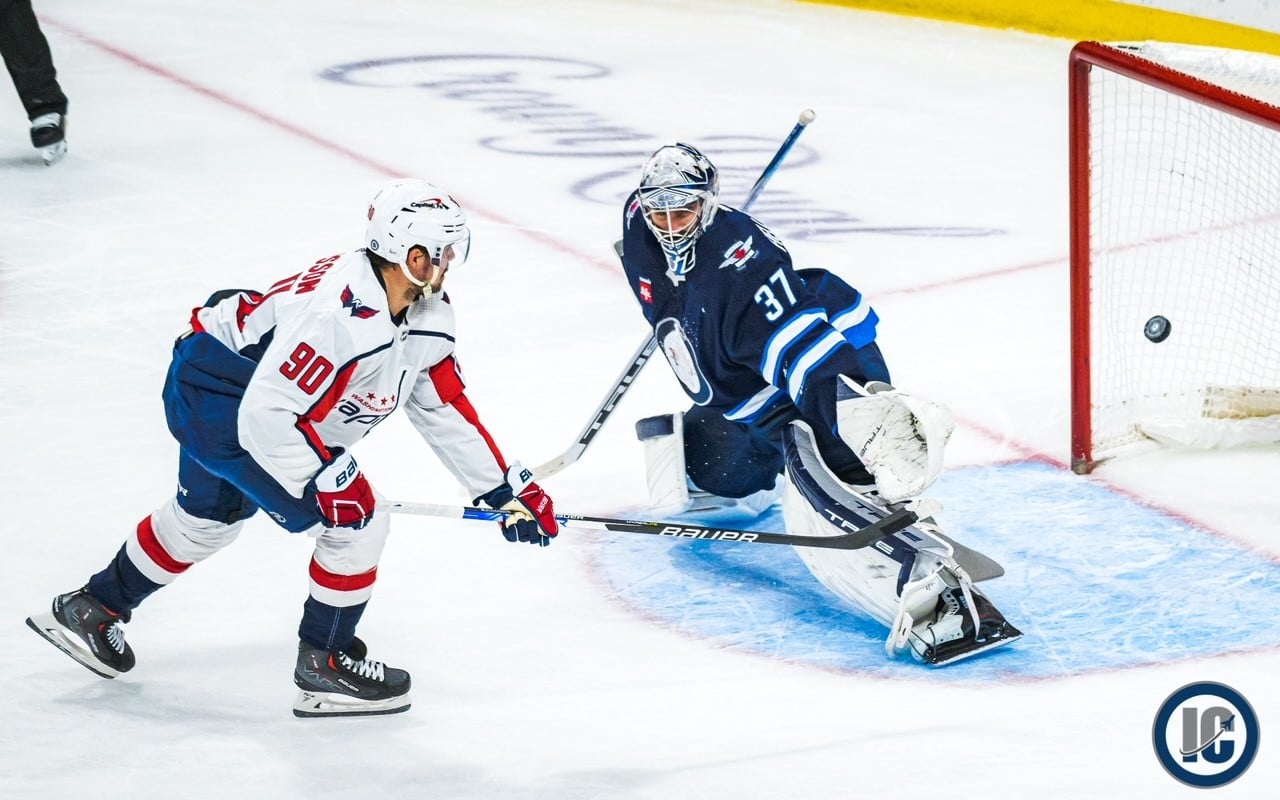 Winnipeg Free Press: Caps catch Jets napping. (Paywall).  Mike also recaps the action from his spot (which is next to Scott).

Winnipeg Free Press: Swift Swede a sweet pickup. (Paywall). Really disappointed we didn’t see any “no longer getting the short end of the stick” headlines. Some reading on Axel Jonsson-Fjallby.

Washington Post: Surging Capitals stretch streak to four with convincing win in Winnipeg. Always informative to gain perspective on the game from a writer that covers the Jets opponent.

TSN: Lu expects Jets to bounce back after loss to Caps: ‘They’ve been resilient all season’. Winnipeg Jets reporter John Lu explains why the Jets were happy with how they battled against the Capitals, why he believes they will bounce back from this loss, and how much credit Connor Hellebuyck deserves for their great record so far this season.