Winnipeg Sun:  Big Thrashers presence in Jets operations.  Smart move by the Jets.  I couldn’t see them being able to do a total clean house sweep of the old staff while managing to get everything done that needed to get finished before the season began.

Winnipeg Free Press:  Roy playing a new position.  Interesting that Roy never played 1 shift in the NHL.  I like that the Jets showed loyalty to him.  I’m sure we can expect him to bring the same work ethic that he showed when in the AHL to his new job. 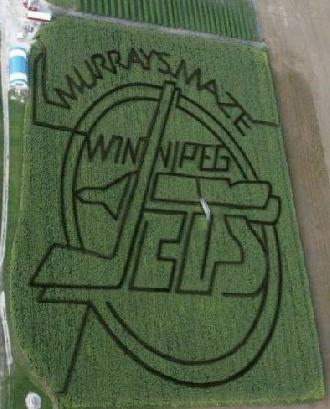 After the jump meet another Jet, Canes’ Stewart still seems upset about not being retained by the Jets and Winnipeg gets some twitter love from Carl Klingberg.  From ‘Around the NHL’ a number of papers tackle the issue of concussions as well as the Sharks sign Couture to an extension.

Winnipeg Free Press:  Team rounds out scouting, clubhouse staff.  Similar to the Jets approach to free agency, they didn’t make any big moves, but perhaps the slow, steady build will be a successful model for both the on-ice and off-ice talent.

Winnipeg Free Press:  Up close and personal with Tim Stapleton.  Another player who has spent a number of years playing in the cold (4 years at University of Minnesota-Duluth).

News & Observer:  Canes’ Stewart is just a tweet away.  He still seems disappointed that he wasn’t kept by the Jets.  Someone should tell him that he will still be traveling to the Peg’ so he may want to hang onto his purchase:

“You go out and buy a goose down coat for a thousand bucks,” he said. “Then you have to return it because you’re not going there.” 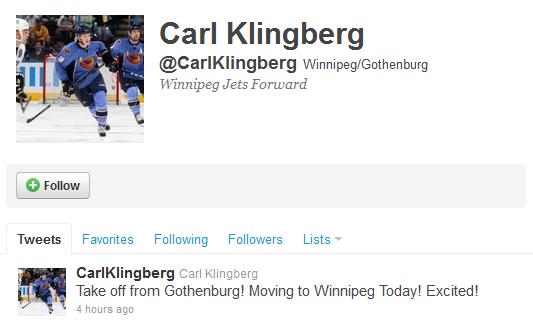 National Post:  Make the NHL take concussions seriously.  Everything changes when you could potentially lose your Golden Goose.  If Crosby’s injury isn’t enough to make the NHL make serious reforms, nothing will be.

Globe and Mail:  Crosby shows post-concussion symptoms during exercise.  Further to my above point, this news isn’t good for business.

Star-Phoenix:  Blades get high-tech headgear.  Any advances that can alert doctors to possible injury is a step in the right direction.