Recently The Hockey News did a Top 10 games to watch this season, which included two Jets games (Home Opener vs. Montreal and the December 1st game against the Coyotes) but THN based the order on the dates they appeared on the NHL calendar.

With that theme of Top 10 in mind, Illegal Curve decided to take a look at the Jets home schedule and try to limit ourselves to just 10 home games that most caught our fancy.  Recently, while discussing the schedule with a hockey fan, it was said “but who is going to want to see the Islanders or Hurricanes in December” and the answer was “almost anyone in Winnipeg”.

But in the interest of presenting a Top 10 list, here are Dave and Ezzy’s Top 10 Winnipeg Jets home games for this season:

Reason:  It is the first Saturday night game and it will be featured on CBC.  As well, the Staal family is from “nearby” Thunder Bay, Ontario so it will be a homecoming of sorts for the Canes captain.  Of course with so many Staal’s in the Eastern Conference, I suspect the family might have to take up residence in the Peg’.

Reason:  I’m not really a Leafs fan, but you would have to imagine that the atmosphere will be quite charged for the New Years Eve game.

Reason:  The Stanley Cup champs are coming to town.  Always exciting to see the team which was last season’s cup winners.

Reason:  I think the Kings could be a force this season, so they would be a worthwhile team to watch.  Will help that Kenora’s Mike Richards and Winkler’s Dustin Penner should have pretty sizable cheering sections.

Reason:  Ovechkin, Backstrom and Semin should make the game extremely entertaining.  Who knows perhaps we will even see Winnipeg product Jacob Micflikier suiting up in front of the hometown crowd.

Reason:  Final game of the regular season.  Perhaps it will mean something, perhaps it doesn’t but should have a similar atmosphere as Game 1 did and who knows, it could have an impact on the playoff race.

Reason:  With all the concussion talk and uncertainty of his return in time for training camp I’ve bypassed the early Pens game in favour of the one 2 months later.  Hopefully by this time a healthy Crosby will be leading his Pens into Winnipeg.  I still remember having tickets with my grandfather to a Penguins game when they were supposed to be led into town by Lemieux, but Mario missed the Jets game on that road trip while recovering from injury.

Reason:  I contend that the Desert Dogs could become the Jets biggest rivals due to our somewhat shared history.  As well the Internet has created a level of animosity that won’t likely be duplicated on the ice but has fans on both sides of the border salivating at the chance to stick it to the other side.  Battle of Jets 1.0 vs. Jets 2.0.

Reason:  Teemu, Teemu, Teemu.  This game could fall on my list if the Finnish Flash doesn’t return to the NHL but we don’t want to entertain those thoughts.  Of course long time Jets 1.0 defenceman and current Anaheim coach Randy Carlyle could bring us some nostalgia.

Reason:  First official NHL regular season game in the history of the Jets 2.0.  Similar to my rational for the Leafs game on New Years Eve, this has more to do with the spectacle than who the Jets opponent is.  It is a game 15 years in the waiting, and Winnipeg is going to make this party last all season long.

Reason:  The Bruins are the defending Stanley Cup Champions and a storied Original Six franchise so I would be remiss if I didn’t include them on this list. The Bruins have some of the best young talent in the game with Milan Lucic, Patrice Bergeron and Brad Marchand. And of course the Bruins have 6’9’’ tower of power Zdeno Chara, who fans love to hate wherever he goes (especially Montreal, right Habs fans?).

Reason:  The Wild only visit the Jets once this season and as the closest NHL city to ours, it will produce a geographically friendly rivalry.  The Wild are going to be better this year with the addition of Dany Heatley and Devin Setoguchi but the main reason why this game makes this list is because this is the first game of a six-game homestand in December for the Jets and it comes at an important time of the schedue for both teams. 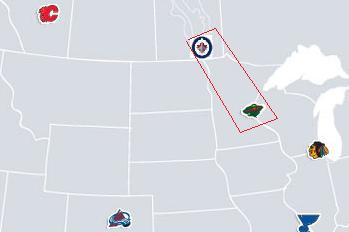 Reason:  The Kings are one of the up-and-coming elite teams in the NHL and with the recent off-season acquisition of Kenora’s Mike Richards are now also one of the hottest tickets in the league. The Kings have always been popular in Winnipeg dating back to the early 90’s when L.A. had Wayne Gretzky so their will surely be a few Black and Silver jerseys in the crowd. The Kings also employ Drew Doughty, the best young defenseman in the NHL.

Reason:  Because the Thrashers were purchased by True North and moved to Winnipeg so late in the season (May 31, 2011) the Jets will actually play in the Eastern Conference’s Southeast Division.  That means that Winnipeg fans will get to see the Washington Capitals three times, beginning with this game in mid-November. Alexander Ovechkin alone is worth the price of admission, while Nicklas Backstrom, Mike Green and Alexander Semin aren’t too bad either. I have a feeling that the Capitals are going to be Winnipeg’s biggest rivalry this season.

Reason: Everyone knows the reason for this one. This will be the first chance Winnipeg fans have to see Sidney Crosby in the NHL (Crosby played at the MTS Centre in 2005 for Team Canada during a World Juniors exhibition game).  Perhaps Crosby will be injured (he has been out since last January with post-concussion symptoms) but Crosby may  be healthy too. It will still be a great game without Crosby because of the presence of superstar Evgeni Malkin, two-way forward Jordan Staal and standout defenseman Kris Letang. If I knew that Crosby was in the line-up, this game would be much higher on the list, maybe even as high as #1.

Reason:  The Flyers seem to always be in the headlines. The last time the Jets were in the NHL, the Flyers had the Legion of Doom line featuring Eric Lindros, Mikael Renberg and John Leclair. Now the Flyers have Claude Giroux, James van Riemsdyk and Danny Briere.  This will be an afternoon game on Hockey Night in Canada and will be the first of two visits to Winnipeg for the Flyers (The Flyers also play in Winnipeg on Tuesday, February 21st).

Reason: Teemu Selanne’s potentially triumphant return to Winnipeg. I say that because Selanne was unsigned as of late August due to injury concerns.  In order to avoid being a bigger buzzkill than buzzkillington, we are going to assume that Teemu will be here (I imagine he will be in Winnipeg even if he ends up calling it a career in the NHL) It’s funny, Teemu only played here for 2 and half years but he was arguably the most popular Jet of all time (and yes I’ve heard of Bobby Hull, Thomas Steen and Dale Hawerchuk)

Reason:  The Jets became the Coyotes in 1996 and ever since then we’ve lived with the ghosts of Shane Doan and Dallas Drake. Because the Coyotes nearly moved here in the spring of 2010, we have followed them even closer the past two seasons. I strongly believe that this is going to be an intense emotional game for Jets  fans as some of us still view them as our team in a way (maybe not so much anymore, sorry Atlanta!). Regardless,  we just don’t like the Coyotes here in Winnipeg.

Reason:  The Jets play their first home game in Winnipeg since 1996. The entire city will be watching this game. Heck, the entire country will be watching the game (The Prime Minister has even said he will be in Winnipeg if he can make it). This game will be the first of 22 games to be broadcast on CBC’s Hockey Night in Canada this year and it will surely garner media attention from all over Canada, the United States and beyond.  It’s the first of two meetings against arguably the most popular NHL franchise of all time. Is that enough of an explanation for you?

Reason:  It’s the New Year’s Eve game on a Saturday night on Hockey Night in Canada. Anybody who knows me knows that I like to party and this game is going to be the biggest party of 2011.  I understand that the October 9th home opener against the Habs will be #1 for most people (including IC’s Dave M) but I’m looking forward to the party at the MTS Centre when the Leafs come into a party that we’re hosting on the biggest party night of the year. Get your champagne ready!

Remember, these are just Dave and Ezzy’s Top 10 lists.  You may have a completely different list.  We always want to hear what you have to say.  Let us know in the comments section, what your Top 10 would look like and why you chose those games.