Note: The Jets took Sunday off as they recovered from their 4-0 win over the Hawks on Saturday afternoon. They will be back in action today as they practice (expected to be without Nikolaj Ehlers). Be sure to check back for the Practice Report.

Note II: The Moose earned their split with the Stars on Sunday afternoon thanks in large part to Oskari Salminen (see here) and Alex Limoges (see here). The team is off today but will be back on the ice tomorrow as they prepare for the Wrangles starting on Friday.

Note III: The Ice have now won ten straight games and will welcome Red Deer to town for a pair of games starting tomorrow night.

Global News: The proof is in the numbers for Winnipeg Jets. We did say that the true measure of this club would come at the 15-20 game mark and they are quickly getting there.

TSN: Jets soar up into Top 5 in weekly NHL Power Ranking. To quote the Jeffersons the Jets are “Movin’ on up”.

The Hockey News: Is Connor Hellebuyck back? Short answer is yes. This is just a Three Stars article as selected by Adam Proteau of The Hockey News. 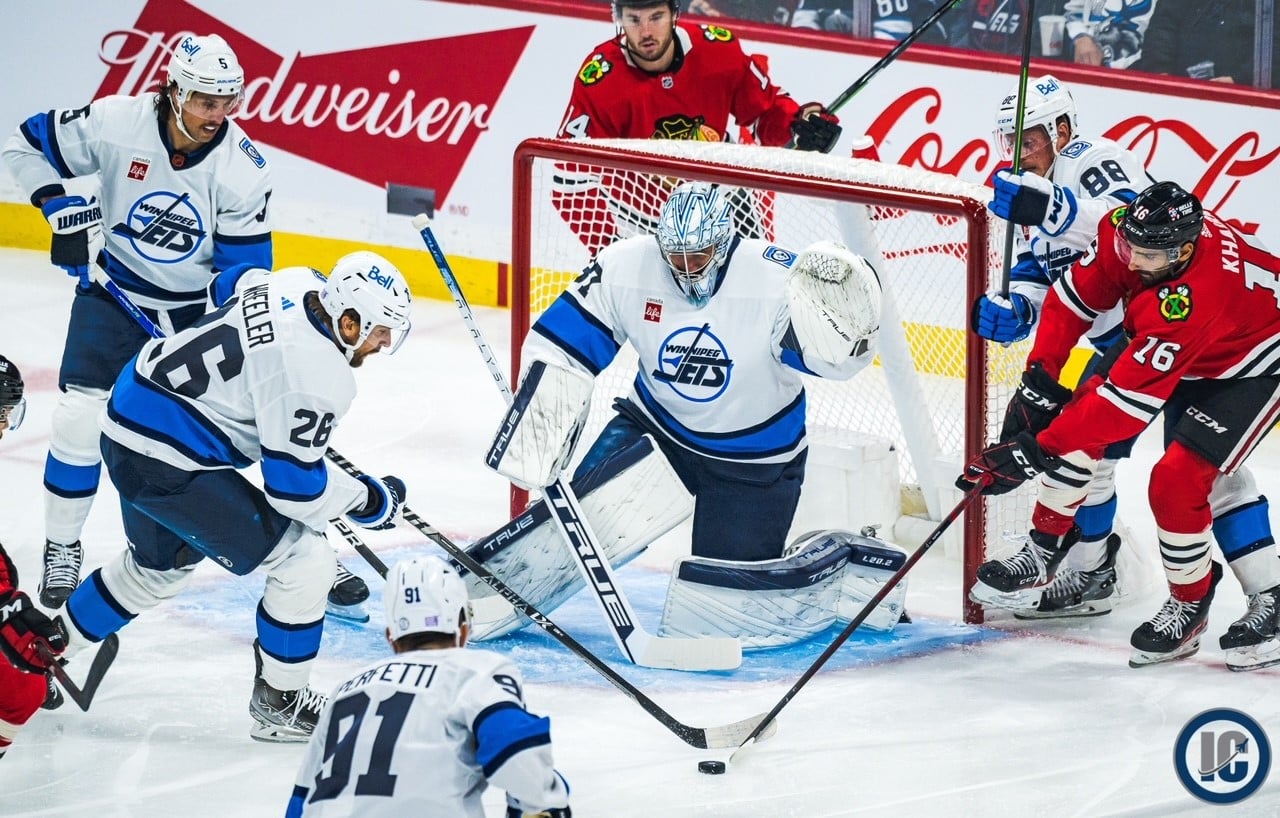 Illegal Curve Hockey: Fan reaction to the Jets reverse retro jersey after they wore them in a game. The benefit of seeing the players wearing  these new uniforms, especially in relatively close proximity to when it was revealed.

Illegal Curve Hockey Show: Saturday Podcast. Topics included a Jets week in review. Team agrees that despite picking up points, playing style not sustainable. Do the Jets need to trade a defenceman (either established player or prospect)? Comments of Ville Heinola’s agent to The Hockey News.  Allowing prospects time to develop. We were also joined by Ted Wyman of the Winnipeg Sun and Craig Button of TSN.

Illegal Curve Hockey: Moose earn series split with Stars thanks to pair from Alex Limoges.  Get the full 411 from yesterday’s contest including a look at the lines, some notable game facts, post-game media avails and what comes next.