Note: Before practice had even gotten underway for the Jets the team had announced that they had recalled Jansen Harkins on an emergency basis. While there was speculation it was for Mason Appleton, who left practice on Monday early, but after practice concluded yesterday bench boss Rick Bowness indicated that Morgan Barron isn’t expected to play tonight. It wasn’t clear if it would be Jansen Harkins or Dominic Toninato drawing in so pay attention to morning skate which gets underway at 10:30 AM. All the relevant news will be posted in the pre-game report so check back for that. Puck drop is at 7 PM.

Note II: Tonight, after the final buzzer sounds between the Jets and Canadiens, we want you to be part of the conversation on the Illegal Curve Post-Game Show as we discuss and analyze the latest game for the NHL team of Winnipeg. This season you’ll have a chance to win great schwag including authentic Jets jerseys, hats, etc after every single game (For a variety of ways to enter click here).

Note III: The Moose and Ice are getting close to their weekend contests. 1st place Manitoba welcomes 2nd place Texas for a pair of games starting tomorrow night while the Ice look to make it ten wins in a row as they take on Tri-City on Saturday night.

Note IV: Quite the  shot/release by Jets 2021 5th rounder Dmitry Rashevsky who hit double digits in goals for Dymano a couple of nights back. He’s got 10G 9A for 19 pts in 26 games.

Winnipeg Sun: ‘It’s accurate’: Scheifele, Jets not shying away from Bowness’ critiques. There is no reason to disagree given that anyone who is paying attention knows that the team is overly reliant on the performance of number 37. Not that we haven’t read that story before. 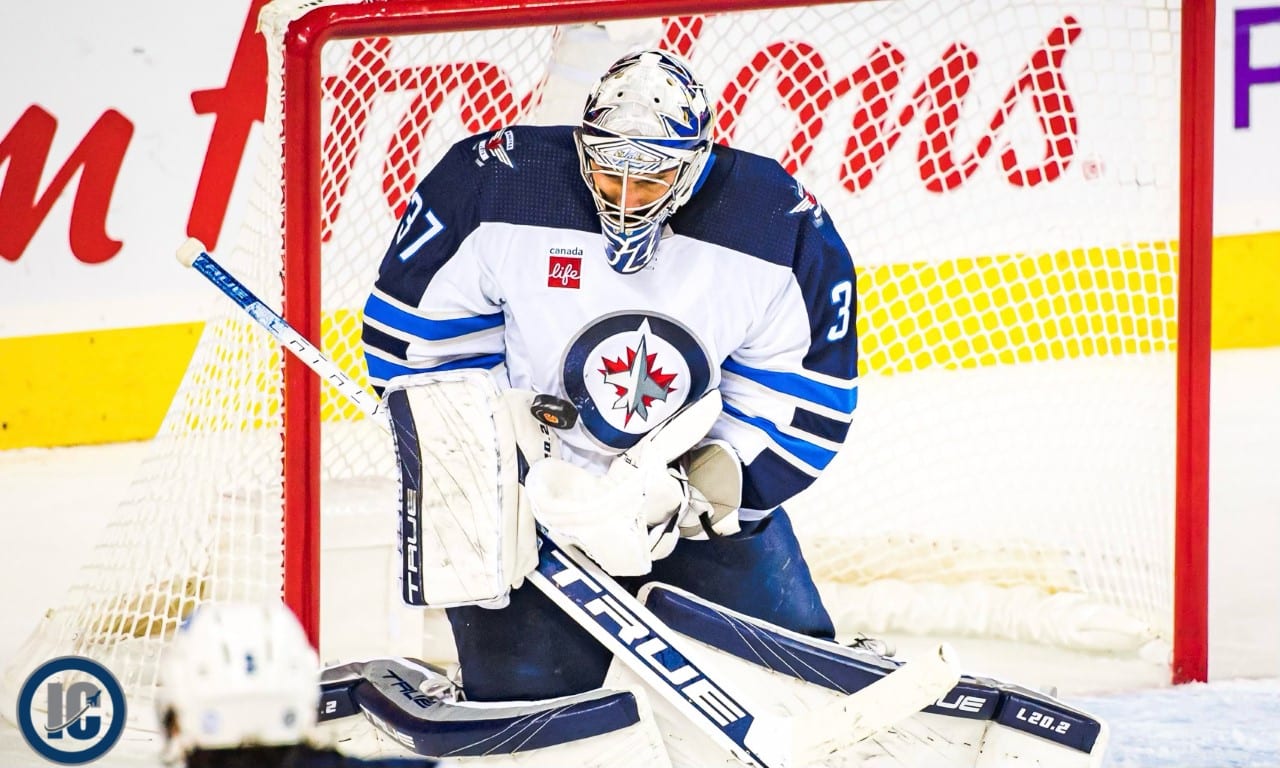 Winnipeg Sun: Harkins made most of AHL start; Barron likely out, other question marks as well. Harkins could have pouted when he got sent down to the AHL. Instead he did what he does which is put his nose to the grindstone and worked. Five goals in five straight games, nine points in six games with Manitoba. Plenty of PK work.

Winnipeg Free Press: Jets counting on accountability. (Paywall). Quite the breath of fresh air from the Jets bench boss who isn’t trying to convince the fans and media that up is down and down is up.

Winnipeg Free Press: Opportunity knocks, Harkins answers. (Paywall). Given how he played for the Moose in his six games it will be interesting to see if he can keep that going with the Jets.

Global News: Jets need to reduce shots against in quest to be better defensively. The team is just giving up way too much and could stand to possess the puck more.

Global News: Update on the Jets. 680 CJOB hockey analyst John Shannon recaps the Jets recent road trip, talks about what could be causing Kyle Connor’s struggles, and looks at an ordinary start for the usually strong Central Division.

TSN: Watching from afar, Bowness had one concern during Jets’ successful mini road trip. The Jets came through in their recently completed road trip without head coach Rick Bowness, picking up five of six points, but there was one area of concern Bowness was pointing to as he watched from home. TSN Winnipeg reporter John Lu has more.

Sportsnet: ‘I hate when we’re on our heels’: Bowness wants Jets to stop relying on goalies. Jets head coach Rick Bowness discusses the need for his team to get away from the “Hellebuyck will bail us out” mentality, and play on their toes instead of their heels.

Sportsnet: ‘You want a coach to push you for more’: Jets not satisfied with how they’re playing. Jets forwards Mark Scheifele and Adam Lowry discuss their need to play to a higher standard, and say head coach Rick Bowness’s comments about their play is totally accurate, as they have a lot more to give.