Note: Unlike the night prior when the Jets went into Denver and defeated the defending Stanley Cup champs there wouldn’t be a similar result as a poor opening 20 minutes set the stage for a chaotic game which saw Winnipeg lose 5-2 to a solid Vegas team. They are scheduled to return to Manitoba today as they prepare to face the Leafs at home tomorrow night.

Note II: Yesterday was the big reveal for the NHL as they disclosed all 32 reverse retro jerseys including the Jets which is a 90s throwback. We have had plenty of reaction and you are welcome to add your voice/sentiments towards the newest jersey in the Winnipeg portfolio.

Note III: The Moose will kick off the road portion of their 2022-23 schedule tonight in Chicago when they take on the defending Calder Cup champ Wolves which will kick off three games in three days for the AHL club of Manitoba. Puck drop is at 7 PM.

Note IV: The Ice are looking to build on their 9-1-0 record tonight in Kamloops when they take on the Blazers. Puck drop is at 9 PM CDT.

Sportsnet: Jets backup Rittich gets support from teammates after ‘frustrating’ debut. Probably didn’t help him that Eric Comrie just finished beating the Flames with a 40 save performance (after beating the Oilers with a 46 save performance the game before, which evidently was first time in Sabres long history as per team PR that a goalie has consecutive game 40+ save performances…and they had Hasek in net!). The team didn’t play well and unfortunately for a goalie their role tends to get magnified.

Winnipeg Sun: Sinful first period sends Jets packing from Vegas. What is one of the most overused hockey sayings that is beyond cliche but apt at the same time? “Gotta play a full 60” because if you do not you find yourself behind the 8 ball and by that point, as the Jets discovered yesterday, it is way too late.

Winnipeg Sun: Dubois line finds stride with Perfetti goal. Can’t just load up one line and hope that they will produce for 82 games. This league requires secondary scoring at a minimum. 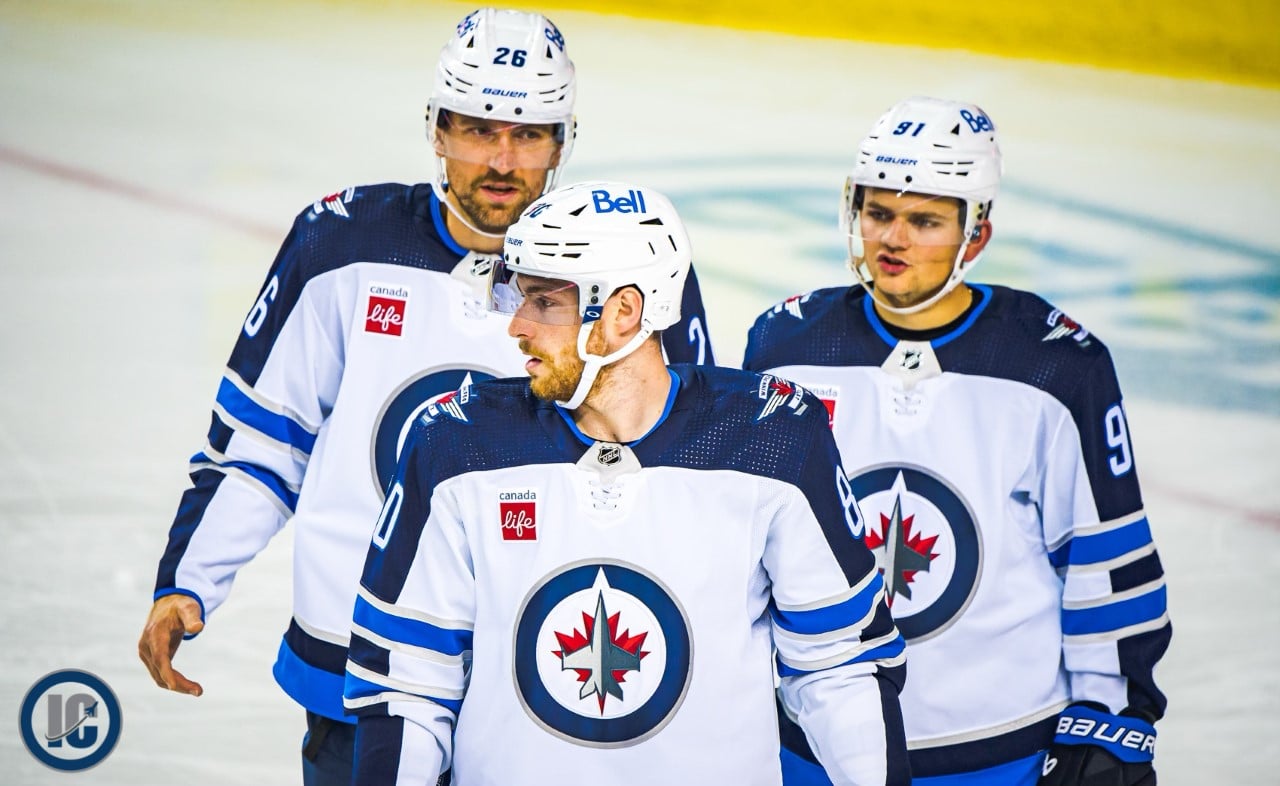 Winnipeg Free Press: Jets can’t recover from slow start in 5-2 loss to Golden Knights. (Paywall). Mike was at T-Mobile last night and filed this report on the contest.

Winnipeg Free Press: Dubois making ‘friends’ wherever he goes. (Paywall). Me thinks the question Drew posed to us on last week’s Illegal Curve Hockey Show as to whether Pierre-Luc Dubois’ penalty taken to penalty drawn ratio would be positive was a tough one because the centre does seem to draw extracurricular activity wherever he goes.

Daily Faceoff:  Jets push off update on Nikolaj Ehlers injury to ‘maybe’ Saturday. Conventional wisdom would interpret this as ominous but perhaps they are just waiting to see if he responds. As folks know the Jets are notoriously close to the vest when it comes to injuries.

Las Vegas Review Journal: Fast start powers Knights past Jets in second home game. If you want insight from a writer that covers the Jets opponent give this a read.