Note: The Jets started the day revealing their 23-man opening day roster (which is really a 24-man roster when you consider Axel Jonsson-Fjallby is not listed due to a VISA issue which is expected to be resolved by Thursday). The team also placed Mason Appleton on IR retroactive to October 5th so that too could factor in as to what the roster looks like on Friday. It was the final day of practice for the Jets in Banff on Tuesday. Following skate we heard from Connor Hellebuyck and Nate Schmidt which you can watch here. We also heard from bench boss Rick Bowness which you can watch here. The team is off today.

Note II: The Moose had another day of training camp out at the IcePlex on Tuesday as they got ready for their final exhibition game against the University of Manitoba Bisons. Following their skate head coach Mark Morrison spoke which you can watch here. They are off today although they will likely be making some roster cuts soon given the regular season gets underway on Saturday afternoon.

Note III: The Ice eight game road trip continues in Lethbridge where they take on the Hurricanes as they look to get back on track after a loss to Moose Jaw on Saturday.

Note IV: On Friday night after the final buzzer sounds between the Jets and Rangers game (and for the other 81 games on the schedule) you can watch the  Illegal Curve Post-Game Show as we discuss the local NHL club. This season you’ll have a chance to win great schwag including authentic Jets jerseys, hats, etc after every single game. Be part of the conversation here.

Global News: Jets, fans looking to start season with a win. They will have a tired Rangers team who will be playing their third game in four nights on Friday so the home side will need to take advantage of that.

Sportsnet: With last season behind him, Jets’ Hellebuyck poised to expand leadership role. Given all the changes in his life and with the team last year was more of an anomaly than the standard with the top netminder for Winnipeg. Seems reasonable that he’ll bounce back to his usual top five goalie in the NHL standard.

Sportsnet: How Jets coach Rick Bowness could unlock the full potential of Nikolaj Ehlers. The secret to success is likely as simple as just first line Ehlers and first power play unit Ehlers.

Winnipeg Sun: Jets goalie Connor Hellebuyck eager to get season going. He won’t have much longer to wait. The biggest question mark for number 37 will be how much he ends up playing this season. 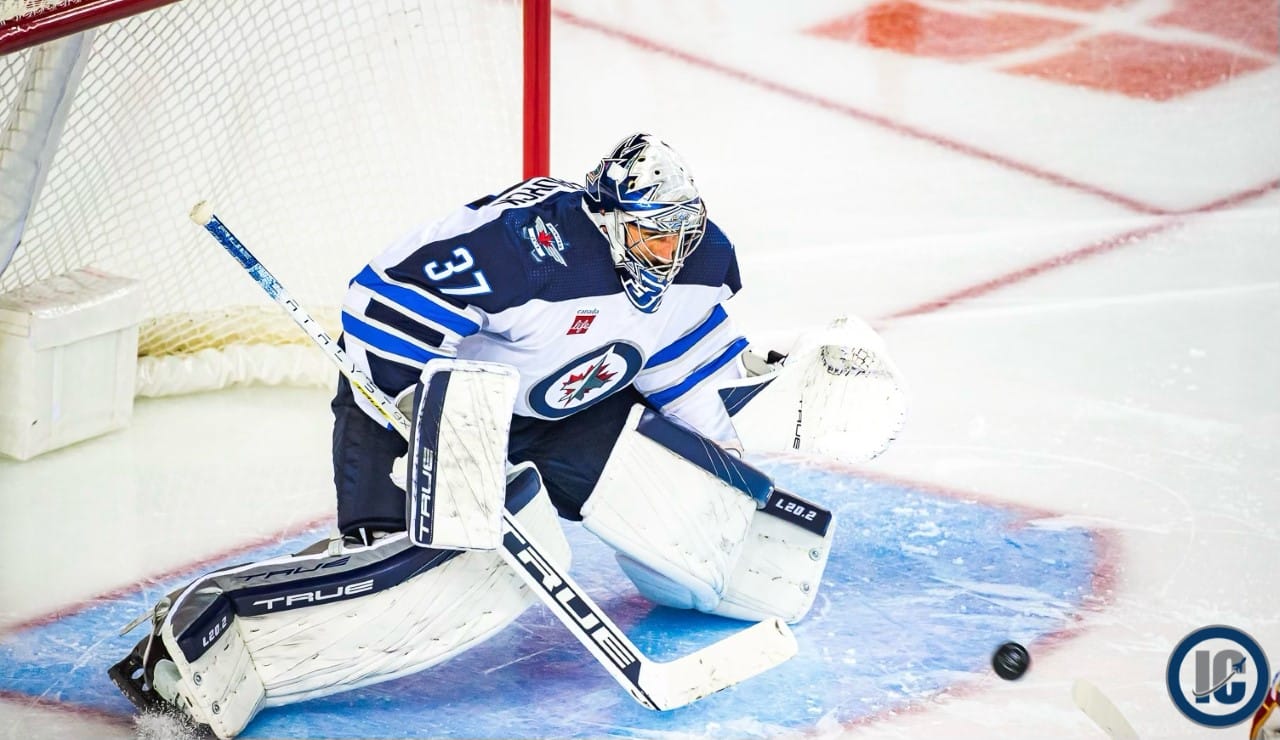 Winnipeg Free Press: Rejuvenated Jets playoff bound. (Paywall). Nate Schmidt won’t be saying “perfect” if folks are suddenly having faith in the Jets. He seemed happiest when the prognostications were not in favour of the local NHL club. Allowed the “us against the world” mentality to exist. Mike might be killing that mojo.

Winnipeg Free Press: Heinola demoted to gain experience. (Paywall). When you live in an instant gratification society it is hard to understand that not everyone is in the NHL as a teenager. Being afforded the opportunity to continue development in the AHL doesn’t have to be seen as a huge negative.

CBC: Jets aim to ramp up speed, aggressiveness as new NHL season loom. The buy in from the team sees high so we shall see how they put theory into practice soon enough.

Global News: Jets fans ranked 12th-most dedicated in NHL, according to Ontario-based survey. And third most amongst the Canadian teams.

Sportsnet: 32 Thoughts Podcast. Marek and Friedman look around the Western Conference and spend some time at the end of the Podcast discussing the Winnipeg Jets.

MOJ on Sports Podcast: A chat with Brenden Dillon. Bob Marjanovich chats with defenceman Brenden Dillon, who has spent more than a decade in the National Hockey League including the last one with the Jets.