Note: The Jets made a claim off waivers on Monday grabbing Swedish winger Axel Jonsson-Fjallby from the Capitals. Now they were required to submit their 23-man roster to the NHL and for now this claim isn’t impacting them as he requires a work visa. They also assigned Ville Heinola to the Moose (see below). In addition to all the roster news the team did hit the ice for their first skate in a few days as they enjoy some R&R in Banff. More practicing today in Banff at 11 AM CDT and also the official 23 man-roster will be released so stay tuned for all of that.

Note II: The Moose reduced their roster to 36 on Monday as they cut six players on PTOs but did add Jansen Harkins as the 2015 2nd rounder cleared waivers. They would end the day with 37 players at training camp as the Jets also assigned Ville Heinola to their AHL affiliate.

CBC: Jets aim to ramp up speed, aggressiveness as new NHL season loom. The buy in from the team sees high so we shall see how they put theory into practice soon enough.

Global News: Jets fans ranked 12th-most dedicated in NHL, according to Ontario-based survey. And third most amongst the Canadian teams.

Sportsnet: In sending Heinola to minors, Jets recognize his play is still more risk than reward. It is always an interesting topic of conversation as to whether you should allow a prospect some growing pains in the NHL vs AHL where a mistake isn’t magnified by 1000%. I can recall days watching the Moose when a rookie would make an error but rather than being stapled to the bench which often happens in the NHL they were tossed back into the fire to learn. If the organization feels there is still a need for development, then the AHL is a good place for that.

The Athletic Winnipeg: Winnipeg Jets’ playoff chances? Surprise player? Scheifele’s minutes? (Paywall).  You had questions and Murat gives you his answers in his most recent mailbag.

The Hockey News: The Winnipeg Jets face a difficult roster decision. Agreed with the idea that it will be fascinating to see what happens with this team one year from now.

Winnipeg Sun: ‘I WANT US TO WIN’: Jets’ Scheifele has renewed sense of purpose. Scott went one on one with the Jets top centre from Banff. Lots to digest in this one. 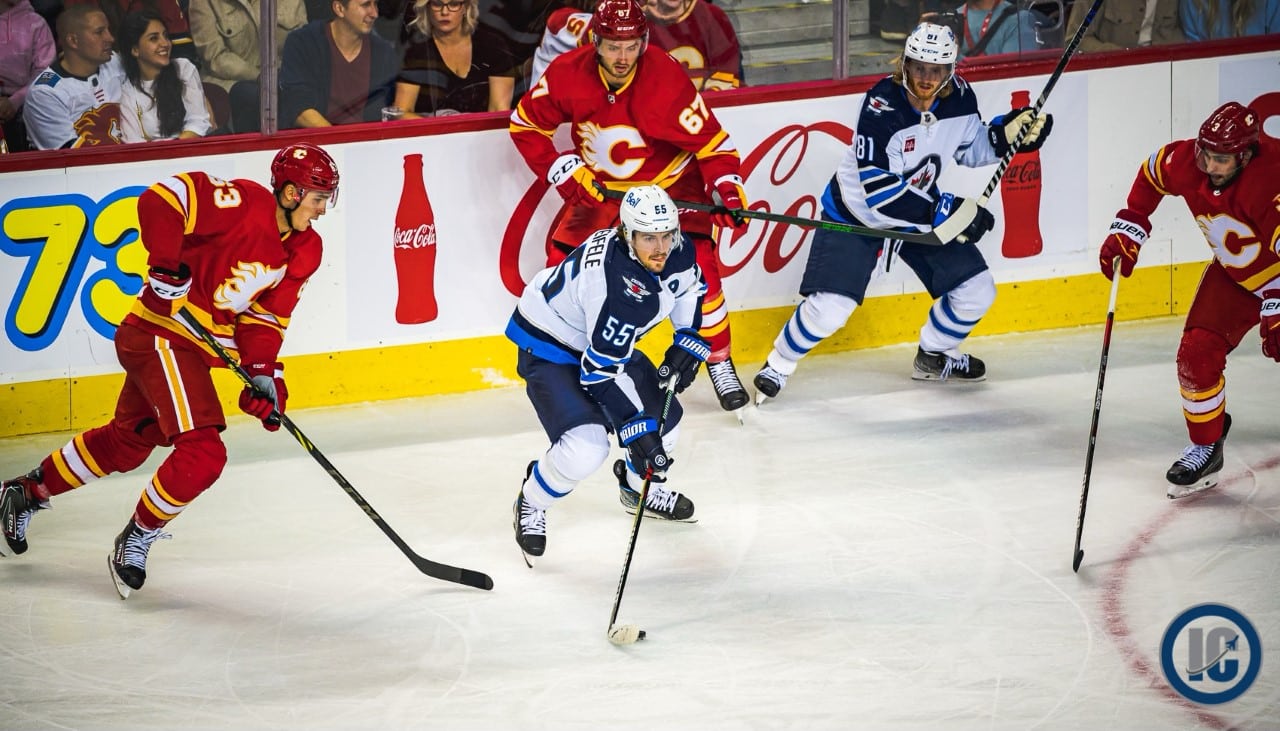 Winnipeg Free Press: Dashing Dane ready to roll. (Paywall). He will have an opportunity he’s never really had before in Winnipeg and given how well he has produced in a more limited role the team will only benefit from him getting more leash from a new coaching staff.

Winnipeg Free Press: No more fun and games. (Paywall). Mike gives you the lay of land plus plenty of insight from his time spent in Banff covering the team.

TSN: Assessing how Canucks, Oilers, Flames, Jets look heading into new season. The Canucks, Oilers, Flames and Jets are ready to embark on their respective journeys ahead of the start of the regular season. What will the opening rosters look like? What key questions are still being asked of each team? The TSN Hockey panel examines.

TSN: Grading the offseasons for West Canadian teams. Summer is over and a new NHL season is here. How did the Canucks, Oilers, Flames, and Jets do this offseason addressing their roster concerns? TSN Director of Scouting Craig Button and TSN Hockey analyst Mike Johnson grade their efforts.

TSN: Top storylines for each Canadian Western Conference team. The Canucks, Jets, Oilers and Flames have questions ranging from blue line concerns and leadership to where fresh new faces will fit in. Our TSN Bureau reporters Farhan Lalji, John Lu, Ryan Rishaug and Salim Valji offer their takes on what the top storyline is for each respective Canadian Western Conference team.

Sportsnet: Blake Wheeler’s aspirations remain the same with or without ‘C’ on his jersey. Sean Reynolds is joined by Winnipeg Jets’ Blake Wheeler to discuss his thoughts on the stripping of the captaincy, if he agrees with the decision, and if there were any happenings that led to this result.

Sportsnet: Jets heading to regular season with new series of questions. How will the Winnipeg Jets’ off-season moves including the hiring of Rick Bowness and stripping captaincy off Blake Wheeler payout? Will GM Kevin Cheveldayoff be on the hot seat if Jets fail to make the playoffs?

Game On: Chat with Winnipeg Jets Executive Chairman Mark Chipman. Scott & Travis welcome the CEO of the Winnipeg Jets Ownership Group Mark Chipman! They talk about the challenges COVID caused for the NHL and preview the upcoming season of Jets Hockey!