Note: Just like on Saturday the Jets took Sunday off and similar to the day prior they made some news as Jansen Harkins (2015 2nd) was placed on waivers for purposes of assignment to the Moose. After two days off the team is back on the ice for practice in Banff. They have at least one cut left to make to get their roster down to 23.

Note II: The Moose were back in action on Sunday holding a quick skate before they did an intrasquad game last night. Lots of talk about former teammate Johnny Kovacevic being claimed by Montreal with the best sentiment summed up with these comments from friend/teammate Jeff Malott. Manitoba have another day of training camp scheduled for today as they prepare for their final exhibition game which will be tomorrow night against the University of Manitoba Bisons.

Note III: Check out this video from Saturday night as 2022 1st rounder Rutger McGroarty dropped this hit in Michigan’s win on the weekend.

Sportsnet: As Jets look to solidify roster, time will tell if players can sustain up-tempo style. One thing that bringing balance can finally do for this lineup is not burning out the top players so it will really be interesting to watch this season if the Jets can really become a four line hockey team.

Winnipeg Sun: Jets’ Bowness sees lineup primed for success. Scott had a chance to catch up with the Jets bench boss for some insight ahead of the season. 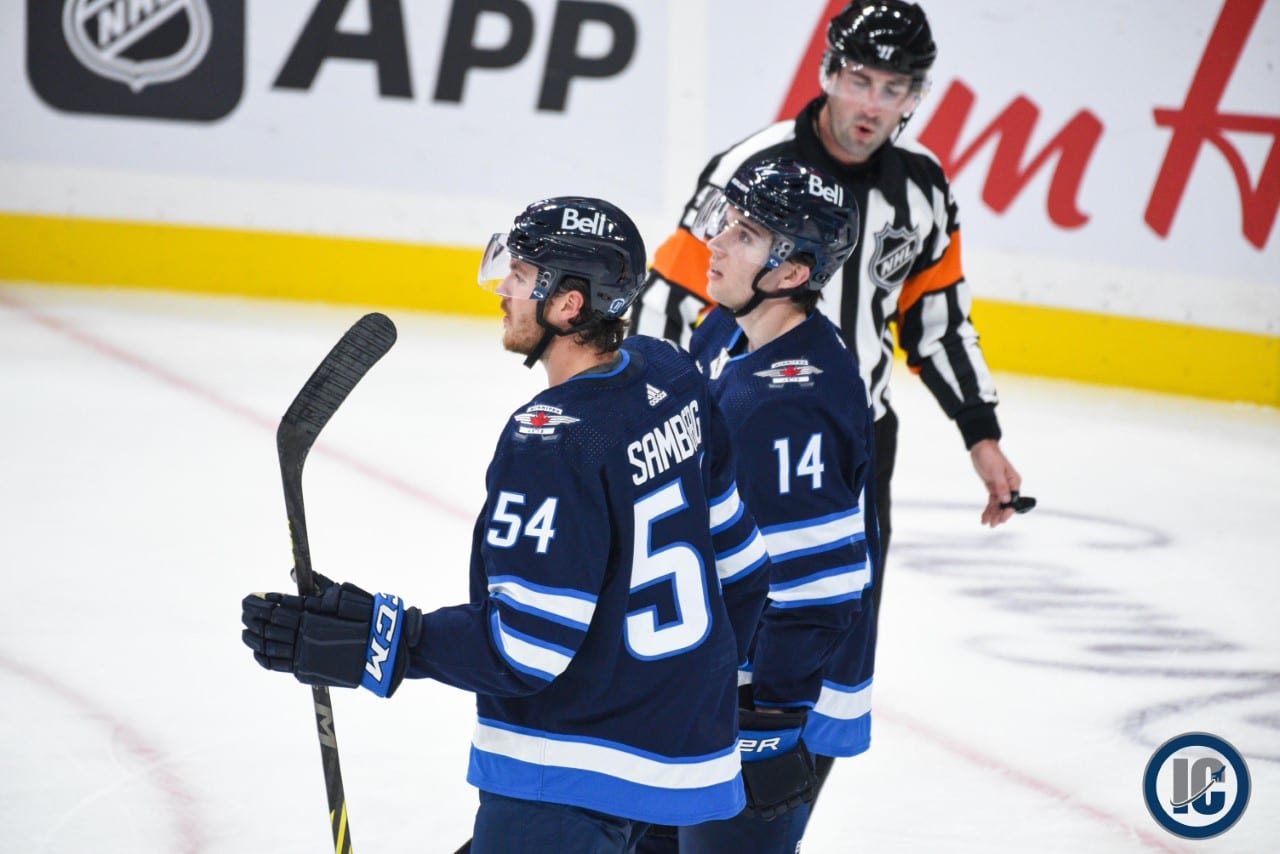 TSN: Jets Top Storyline: The new sheriff in town. After a disappointing season and multiple big offseason decisions, the biggest story in Winnipeg is how new head coach Rick Bowness and the Jets can bounce back after last year. TSN’s Jets reporter John Lu has more.

Steve Dangle Podcast: Season Preview. Is it finally time for sweeping changes in Winnipeg? Or can the pieces that are there turn things around and make it back to the post-season? Steve Dangle, Adam Wylde, and Jesse Blake predict and preview the Winnipeg Jets 2022-2023 NHL season.

CJWW 600: New season, new coaches has former Raiders D man Josh Morrissey anxious to get going with the Jets. The “dress rehearsals” are over and the National Hockey League is looking ahead to Tuesday’s start of the regular-season. For Josh Morrissey and the Winnipeg Jets, the wait is a little longer – a Friday opener at home against the New York Rangers. Recently, Les Lazaruk spoke with the 27-year-old Morrissey, who played most of his junior hockey with the Prince Albert Raiders, about his career, the new season and playing for a new coaching staff with Winnipeg.

Illegal Curve Hockey: Saturday Podcast. Topics covered on the show included: reasons for optimism following the Jets pre-season games. Roster battles for the remaining spots in the lineup. Comparing the Jets to their Central Division rivals. Week that was in Jetsland (Berdin to KHL, Lambert to Moose, Kovacevic on waivers and more). We were also joined by Ken Wiebe of Sportsnet.