Note: The Jets were off on Saturday but that doesn’t mean they didn’t make news as depth defenceman Johnny Kovacevic (2017 3rd) was claimed off waivers by the Canadiens. A bit of a blow to the organization in the sense that they do not have a ton of depth on the right side. They were scheduled to practice in Banff as they work on team building in the resort community but will take another day off today and return to the ice on Monday.

Note II: The Moose were also off on Saturday following their 4-0 exhibition win over the University of Regina Cougars. Today they are set to have an inter squad scrimmage at the IcePlex which gets underway at 6 PM.

Note III: The Ice road trip continued last night in Moose Jaw where they suffered their first loss of the season by a final score of 4-1 for the Warriors to fall to 5-1-0. Next up they face the Hurricanes in Lethbridge on Wednesday.

Winnipeg Sun: Jets all pulling in same direction after training camp. Likely because the players know they don’t really have a choice. If they don’t buy in then they look like malcontents and even if they want to be elsewhere what team wants someone like that? 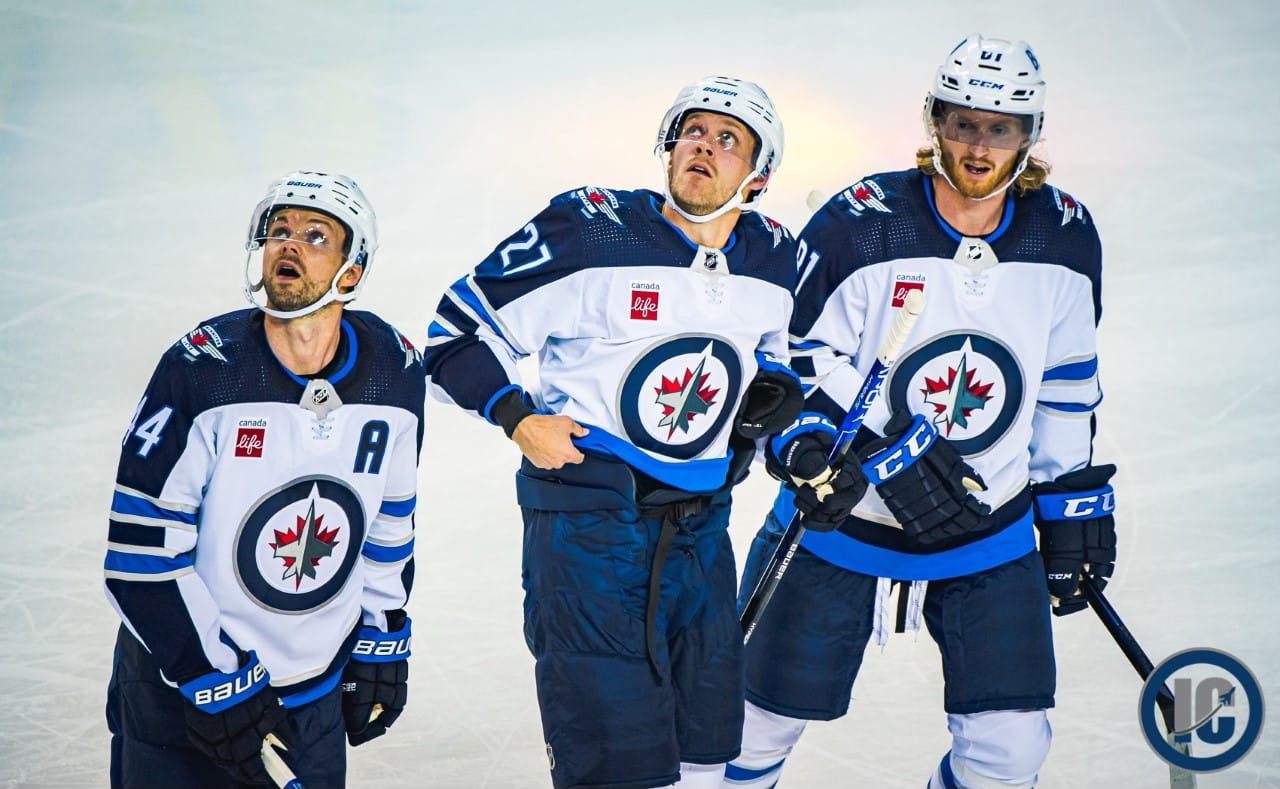 Winnipeg Sun: Kovacevic claimed off waivers by Habs.  Tough loss for a team with a dearth of right side depth.

Winnipeg Free Press: Jets earn a break in Banff after a couple of heated contests. (Paywall). They knew it would be a big test going up against a full contingent of Calgary Flames during the home and home series and they acquitted themselves quite well.

Illegal Curve Hockey: Saturday Podcast. Topics covered in yesterday’s show included: reasons for optimism following the Jets pre-season games. Roster battles for the remaining spots in the lineup. Comparing the Jets to their Central Division rivals. Week that was in Jetsland (Berdin to KHL, Lambert to Moose, Kovacevic on waivers and more). We were also joined by Ken Wiebe of Sportsnet.