Note: Despite being heavily outshot the Jets defeated the Flames 5-3 last night to conclude the pre-season schedule going 4-1-1. The team will spend the next few days in Banff working on team building and practicing. They are off today.

Note II: The Jets reduced their roster down to 25 on Friday as they announced that they had released 2022 1st rounder Brad Lambert to the Moose and placed defenceman Johnny Kovacevic on waivers for purposes of being assigned to Manitoba. Keep your eyes locked here to find out (at 1 PM) if he clears or gets claimed. Update: He was claimed by Habs.

Note III: In AHL action the final score from Regina was 4-0 for the Moose as they defeated the University of Regina Cougars in their first exhibition game of the season. Shots were 32-13 for Manitoba and they got goals from Tyler Boland, Dean Stewart, Isaac Johnson & Matthew Boucher. Evan Cormier had the shutout.  The team is off today.

Note IV: Recently acquired Ty Nash scored his first goal for the Ice to seal the deal for Winnipeg over Regina as they won it 5-2 over the Pats to improve to 5-0 to continue their perfect start to their WHL season. That kicked off an eight game road trip for the WHL club of Winnipeg who are back in action tonight against the Warriors in Moose Jaw.

Note VI: Reminder that you should plan to join us today at 9 AM for two hours of Jets talk on the Illegal Curve Hockey Show.

Sportsnet: Jets pre-season wrap: Six things that stand out ahead of 2022-23 campaign. While training camp isn’t officially over Wieber gives you six thoughts including: 1) The defence is still crowded. 2) Speaking of the waiver wire. 3) The pack mentality. 4) The future is soon for Brad Lambert. 5) The backup position seems stable. 6) Gagner fitting in.

Winnipeg Sun: Jets wrap up preseason with win against Flames. Scott was inside the Saddledome and gives you this report from the game. 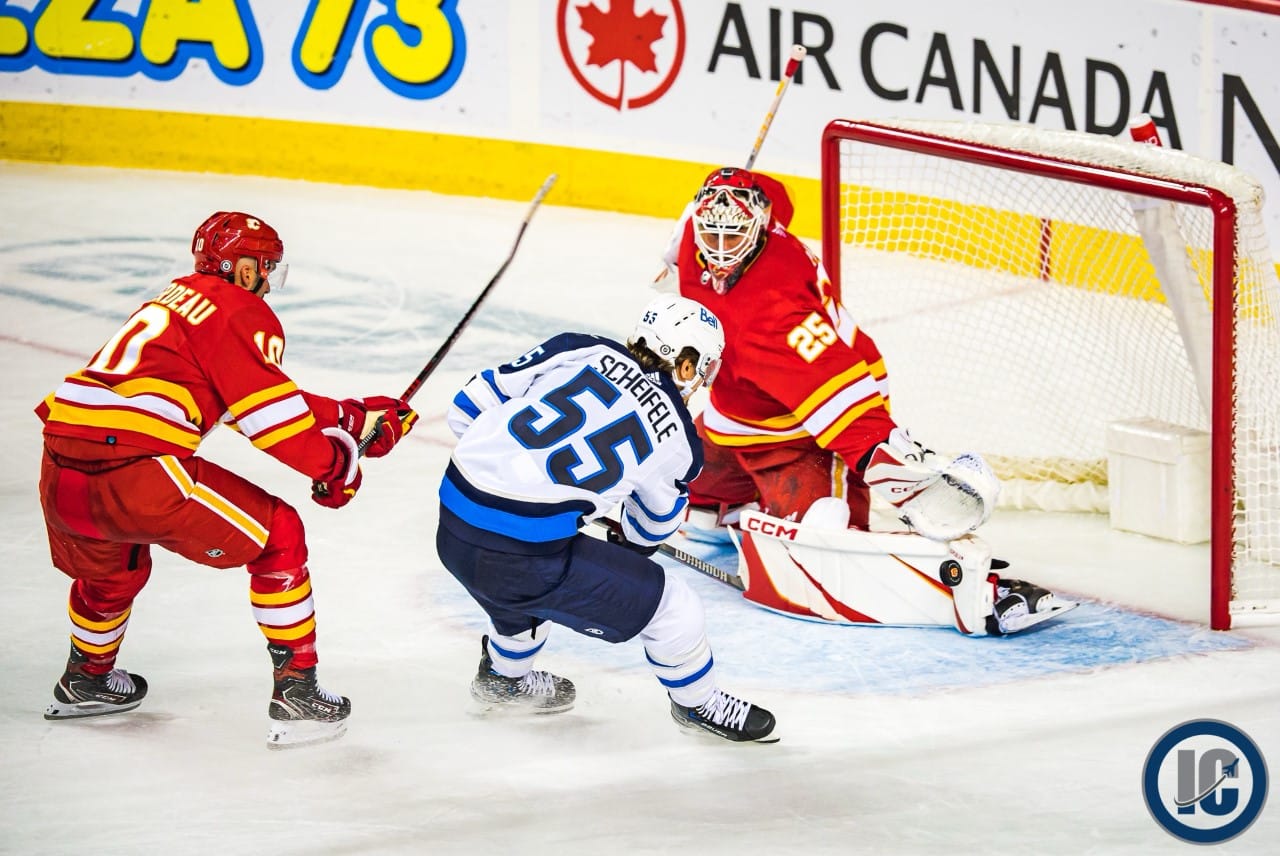 Winnipeg Sun: Morrissey weighs in on Hockey Canada mess. You should never expect a cliche response from Josh Morrissey. He just gives thoughtful and measured responses to the questions he gets.

Winnipeg Free Press: Jets impressive in pre-season finale. (Paywall). Given that was Calgary’s A squad it was a good win by the Jets.

Calgary Sun: Mackey emerges as favourite to start season as Flames’ sixth defenceman. The focus of the article is more about the battle for a sixth roster spot among the D than it is a recap of the game from a writer who covers Calgary.

The Hockey News: Breakout candidates in the Central Division. He’s got Ville Heinola as his pick for Winnipeg.

Global News: Time for some Jets games that mean something. Good point by Jets bench boss Rick Bowness on Thursday wherein he indicated that they won’t play a meaningful game for a week but it will be the Rangers third game so they had best use the game tonight against the Flames as a springboard of sorts. I do agree with John’s points however that pre-season games (when one team usually sends an AHL club to battle an NHL one) are a waste of time.