Note: About the only Jets news on Saturday was that Nikolaj Ehlers had three assists in Denmark’s 9-1 win over Kazakhstan at the World Championship in Finland.

Note II: The Moose practiced on Saturday as they prepared for this afternoon’s fifth and deciding game of their Central Division Semifinal against the Admirals. Fittingly this is the 17th meeting between these two teams who faced off 12 times during the regular season. Should be a dandy game at Canada Life which if you want to attend you can check out this promo code. Puck drop is at 2 PM.

Note III: The Ice will spend the week getting ready for their Eastern Conference Final against the Edmonton Oil Kings which will get underway in Winnipeg starting with game 1 on Friday at the Ice Cave.

Illegal Curve Hockey Show: Saturday Show. Discussion regarding Mark Scheifele’s status with the Jets after Friedman’s 32 Thoughts comments (see those here) as well as the comments from Dreger (see those here). Jets coaching vacancy and new names being mentioned in addition to Barry Trotz. Moose being on TSN and recapping game 4 between Manitoba and Milwaukee. We were joined by Sean Reynolds of Sportsnet and Adam Kimelman of NHL.com.

Winnipeg Sun: No added pressure for Moose ahead of decisive Game 5. Lots of belief in each other on this team and they’ve been happy, for the most part, with how they’ve played through the first four games of the series. Expect them to leave it all out there this afternoon. 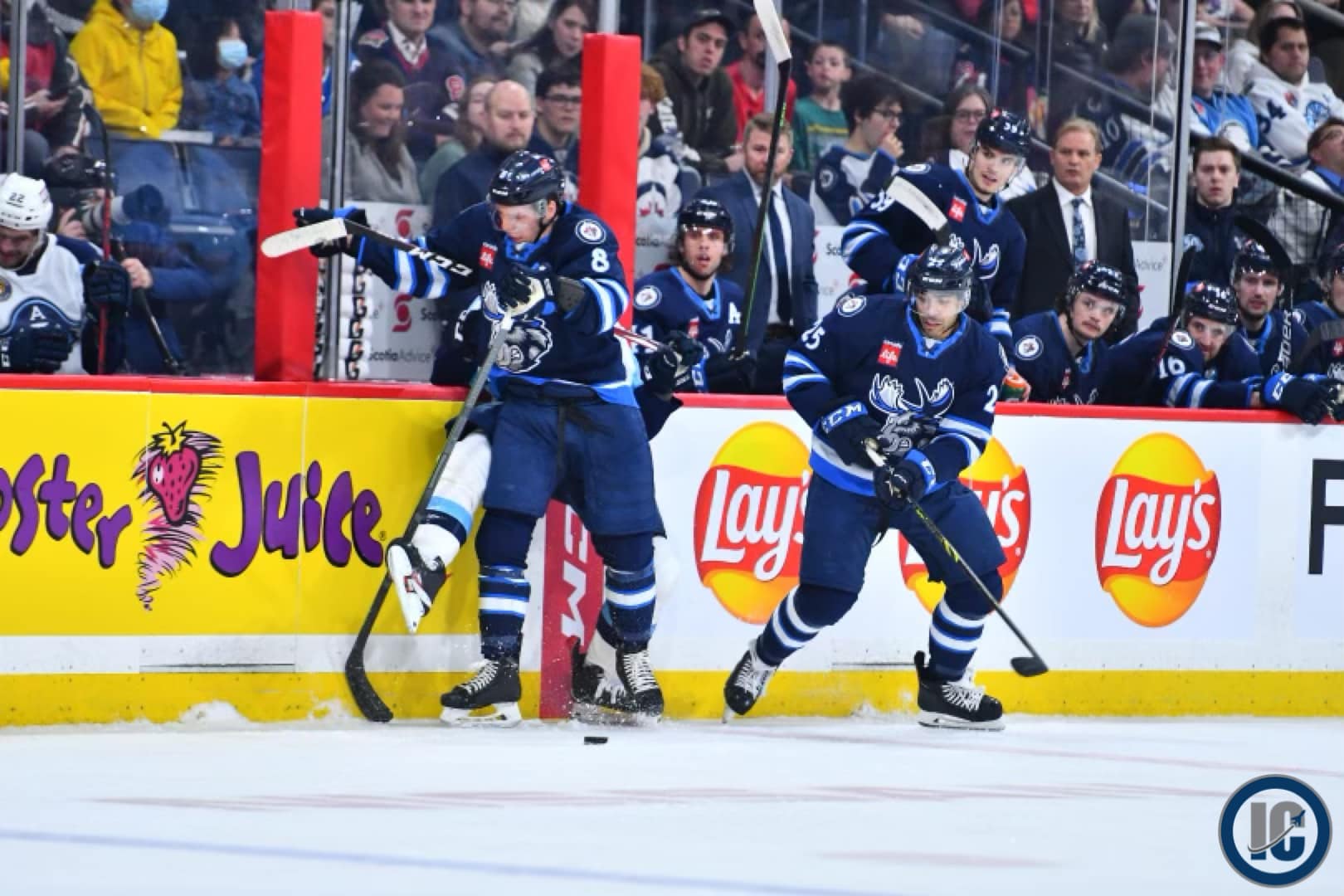 Illegal Curve: Playoff Practice Report. On Saturday the team hit the ice for a practice downtown to get ready for game 5. Check out the media availabilities with Mikhail Berdin, Nicholas Jones and head coach Mark Morrison.

Illegal Curve: Ice Chips. Jake with a quick recap of the second round series between the Ice and Warriors, a look ahead at the series coming up with the Oil Kings and the top Ice player from the second round.