Note: The only Jets news comes from the World Championship in Finland with Adam Lowry and Pierre-Luc Dubois picking up assists in the win by Canada, while Nate Schmit‘s Team USA won but he was held pointless and Nikolaj Ehlers Team Denmark got shutout by Switzerland.

Note II: The Moose season came to an unfortunate conclusion on Sunday afternoon after they were unable to complete the comeback against the Admirals. Despite Morgan Barron scoring a goal for the fourth straight game they just couldn’t get enough going against Milwaukee. The end of season media availability will be held tomorrow so stay tuned for that and we will have an end of season wrap up show similar to what we did last season on our IC YouTube channel.

Note III: The Ice are now the only hockey game in town with both the Jets and Moose seasons being done. They will start a week of practice as they prepare to face the Oil Kings in the WHL Eastern Conference Finals starting on Friday.

Sportsnet: Jets Mailbag – Could Cheveldayoff try trading up in the 2022 NHL Draft? You had questions and Wieber had answers in his latest mailbag including questions about Perfetti/World Juniors, 2021 1st rounder Chaz Lucius surprise signing with the Jets, whether Eric Comrie has proven he is an NHL backup, what will the Jets do with Kristian Vesalainen and the Jets becoming an actual four line team.

Illegal Curve Hockey Show: Saturday Show. Discussion regarding Mark Scheifele’s status with the Jets after Friedman’s 32 Thoughts comments (see those here) as well as the comments from Dreger (see those here). Jets coaching vacancy and new names being mentioned in addition to Barry Trotz. Moose being on TSN and recapping game 4 between Manitoba and Milwaukee. We were joined by Sean Reynolds of Sportsnet and Adam Kimelman of NHL.com.

Illegal Curve: Admirals take decisive game 5 by a final score of 2-1 over the Moose to end Manitoba’s season. Yesterday was the 17th meeting (12 regular season 5 playoff) of the 2021-22 season between these two teams who were pretty evenly matched. The recap also includes post-game media with David Gustafsson, captain Jimmy Oligny and head coach Mark Morrison. 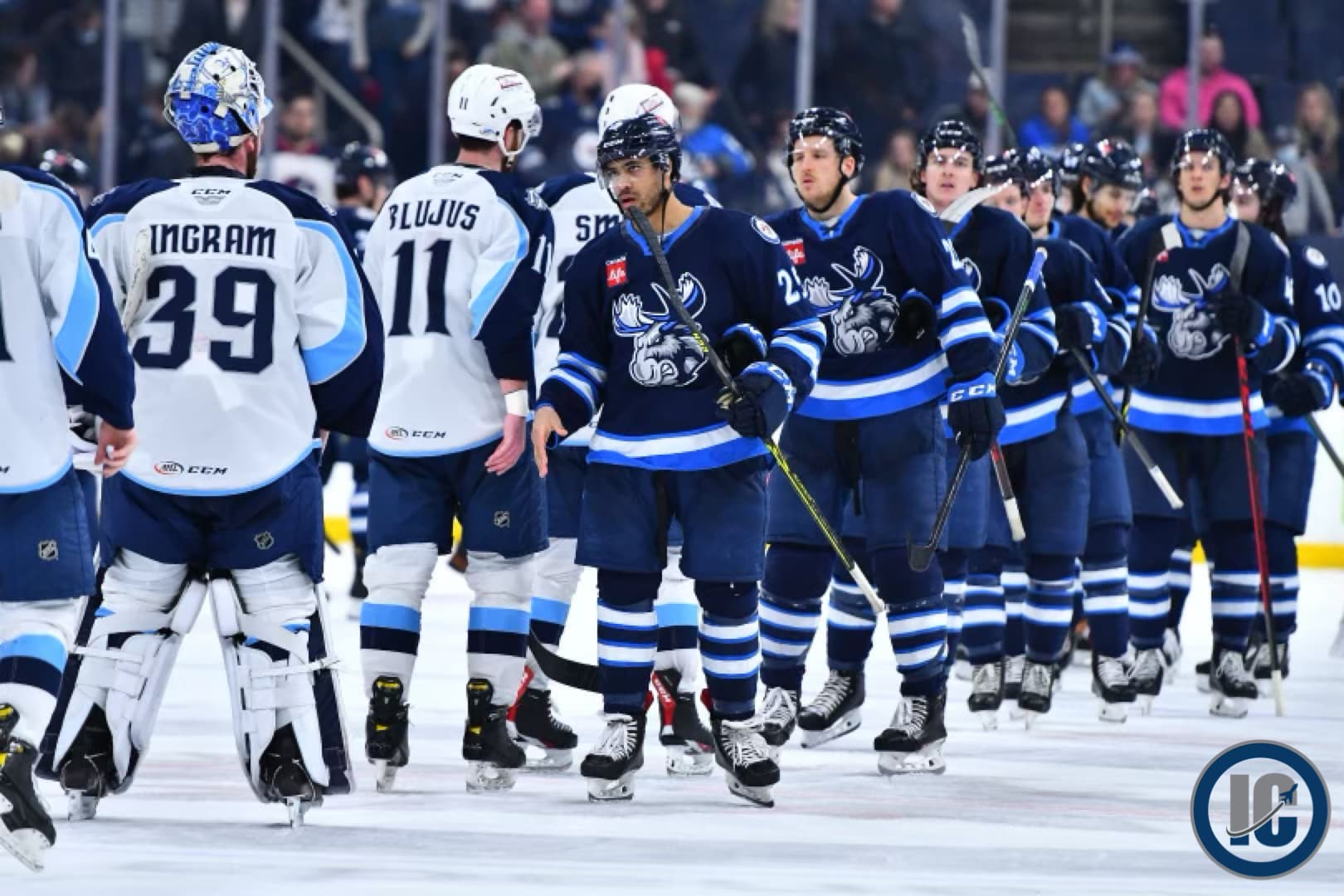 Winnipeg Sun: Game 5 loss stops Moose season in its tracks. Lots of promise from a club that played well together but there are never any guarantees in hockey and they ultimately fell short against the Admirals in this series despite dominating for four of five games.

Winnipeg Free Press: Moose season over after loss. (Paywall). While this team didn’t have the big scorers about the biggest thing missing from this group was playoff experience. While I suspect the coaching staff would have preferred them getting at least another round of experience this will serve them well as they work this summer to get to the next level.

AHL.com: Barron a perfect fit for Moose. This was written before last night’s game but what an addition the Nova Scotian was for the playoffs scoring goals in four straight games for Manitoba and having an impact all over the ice.