Note: The offseason has begun for the Jets but they continue to make some news. Nikolaj Ehlers was confirmed to be playing for Team Denmark at the World Championship and then later on Friday afternoon the team announced that they had signed Finnish netminder Oskari Salminen to a two year, entry-level contract.

Note II: The Moose dominated game 1 of their series with the Admirals last night in Milwaukee but it matters not when the final score read 3-2 in favour of the home team. No time to really think about it for either club as they back in action at UW-Milwaukee Panther Arena for game 2 tonight with puck drop at 6 PM CDT.

Note III: The Ice were also in action last night as they kicked off their second round series against the Warriors with a big 6-1 victory. They are also back in action this evening in Winnipeg with puck drop at 7 PM.

Note IV: Be sure to join us on the Illegal Curve Hockey Show today at 9 AM on our YouTube channel and social media platforms. We will be joined by Jim Toth of CJOB 680 and Jeff O’Neill of TSN.

Winnipeg Free Press: New coach needs to get Jets on track. (Paywall). I find it humourous that they used a photo of the coach who seemingly drove Pierre-Luc Dubois out of Columbus for the article. However Mike quickly dispels that notion and goes right into the many options for the bench boss position in Winnipeg.

Winnipeg Free Press: Jets fan wins five 50/50 pots this season. (Paywall). Back when we took notice of this story in February the most times a single fan had won was three although when we looked into it there were eight multiple 50/50 winners which seemed like an astronomically high number of folks.

The Athletic Winnipeg: Jets head coach search: Who will follow Dave Lowry, Paul Maurice in Winnipeg? (Paywall). This is the topic that folks around Manitoba are curious about and Murat breaks down all the options including folks with ties to Winnipeg as well as veteran NHL coaches who are available. 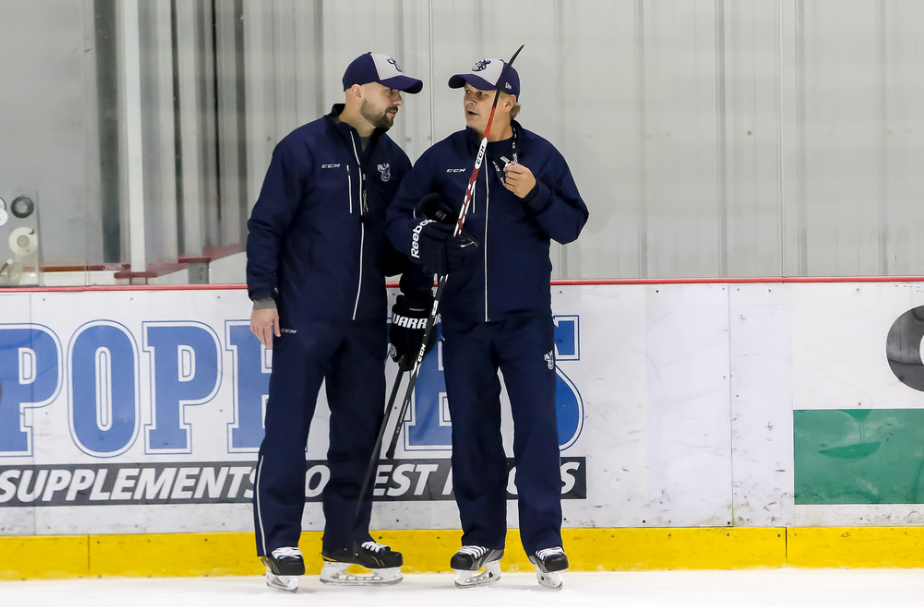 Illegal Curve Hockey: Moose dominate game 1 but Admirals escape with a 3-2 win. The margin for error in pro sports is slim and becomes even smaller in playoffs. Just a few mistakes by this inexperienced (from a playoff perspective) Manitoba club ended up in the back of their net despite dominating the game for large stretches.

Winnipeg Free Press: Ice strike early and often in game 1. (Paywall). Mike brings you up to speed with what happened in last night’s game.