Note: You needed all your fingers and toes to keep track of all the moves or updates that were made on Tuesday. The day began with the news that Mikhail Berdin had been reassigned to the Moose which was followed by news that four players (Nathan Beaulieu, Ville Heinola, Logan Stanley and Kristian Reichel) had been placed in NHL’s covid protocol. We learned after practice that Jansen Harkins was out of covid protocol, Dylan DeMelo was not, Kristian Vesalainen was day-to-day and captain Blake Wheeler had resumed skating and they were hopeful he’d be able to join them on next week’s road trip. The last transaction of the day was taxi squad goalie Arvid Holm also being reassigned to the Moose.

Note II: Today is the last day of practice for the Jets as they will depart for Detroit for their first game in a week tomorrow when they take on the Red Wings. It will be interesting to see what we learn at today’s practice (scheduled for 10AM) so be sure you check back for the Practice Report.

Note III: The Moose are back in business tonight in Milwaukee as they put their four game (3-0-0-1) points streak on the line against division rival Admirals. As mentioned above they got back two goalies on Tuesday but because of the Jets covid issues they could end up losing a few players. It’s also possible the Jets wait until tomorrow to make any recalls given Manitoba was scheduled to travel to Michigan where they play Grand Rapids and where they could easily get a player or two to Detroit if needed. Puck drop is at 7 PM. (Update: Moose added five players to covid protocol and signed three to PTOs)

Sportsnet: 32 Thoughts. Numbers 25 and 26 had to do with the Jets and potential to play games in Saskatoon.

Winnipeg Sun: Jets lose four more to COVID, look for roster reinforcements…Samberg could finally be one of them. It has been awhile for the 2017 2nd rounder but it shall be quite a night for the Samberg family. 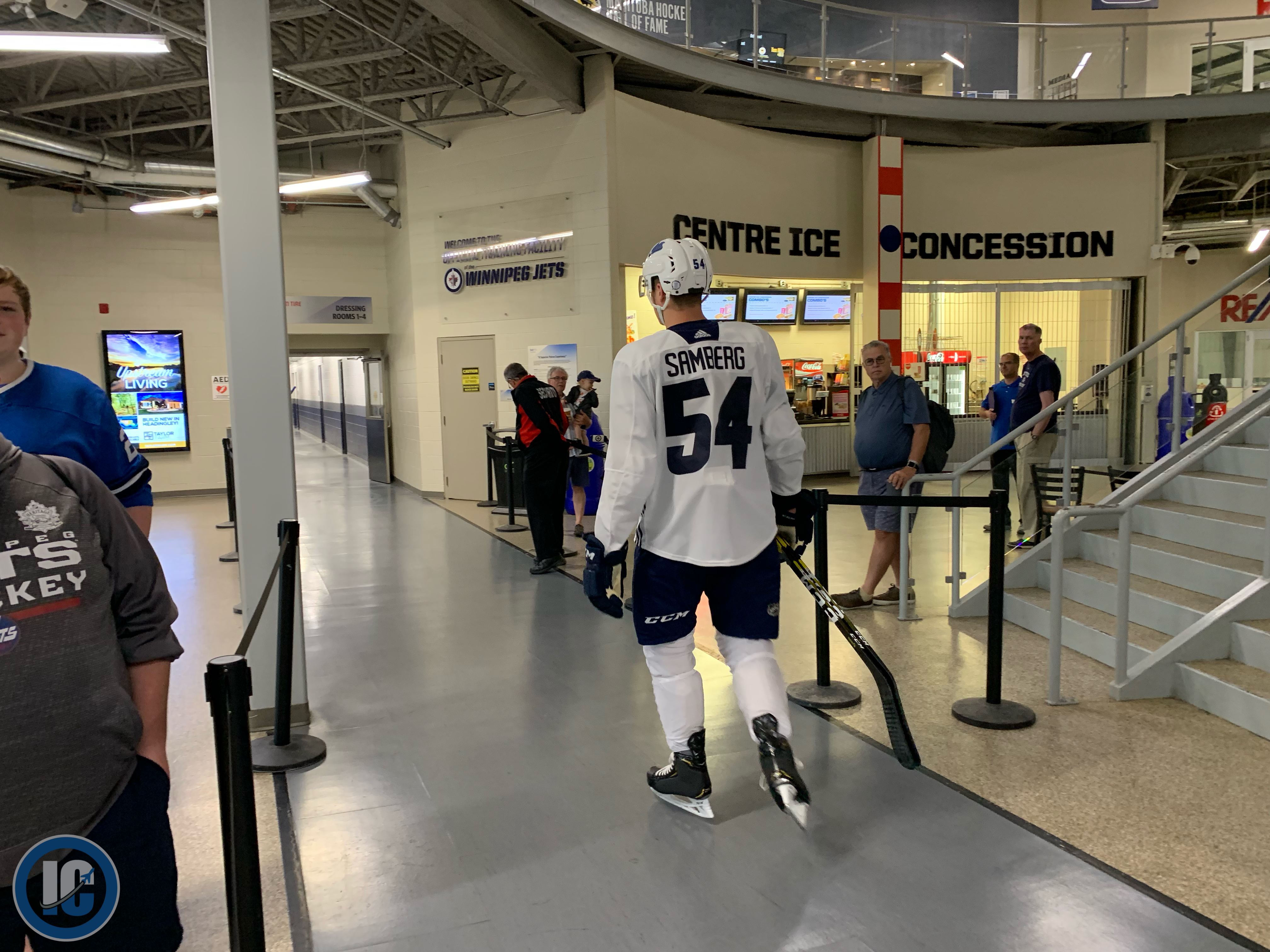 Winnipeg Free Press: Samberg excited to make NHL debut against Red Wings. (Paywall). His game in the AHL has really picked up of late so it’s coming at a good time for the Duluth product.

JetsTV: Ground Control Podcast. NHL prospect analyst Chris Peters joins Ground Control to chat about Chaz Lucius and Nathan Smith as the two players compete in the NCAA ranks. Plus he talks about what the World Juniors cancellation means draft eligible players and much more. Tyler is joined by Mitchell Clinton and Paul Edmonds to discuss the three-game road trip, Cole Perfetti’s time with the Jets this season and they look ahead to what will be an interesting next few weeks for the club.

Winnipeg Jets Ground Control Podcast: Including a chat with Chris Peters
Winnipeg Jets have reassigned Declan Chisholm from the Moose to the taxi squad