The captain is back on the ice.

Jets captain Blake Wheeler was having his best game of the season back on December 10th in Vancouver as he contributed one goal and two assists along with seven shots on net before he collided with teammate Nathan Beaulieu. We knew it was going to be awhile as former head coach Paul Maurice advised shortly after the game that “It’s going to be awhile” . 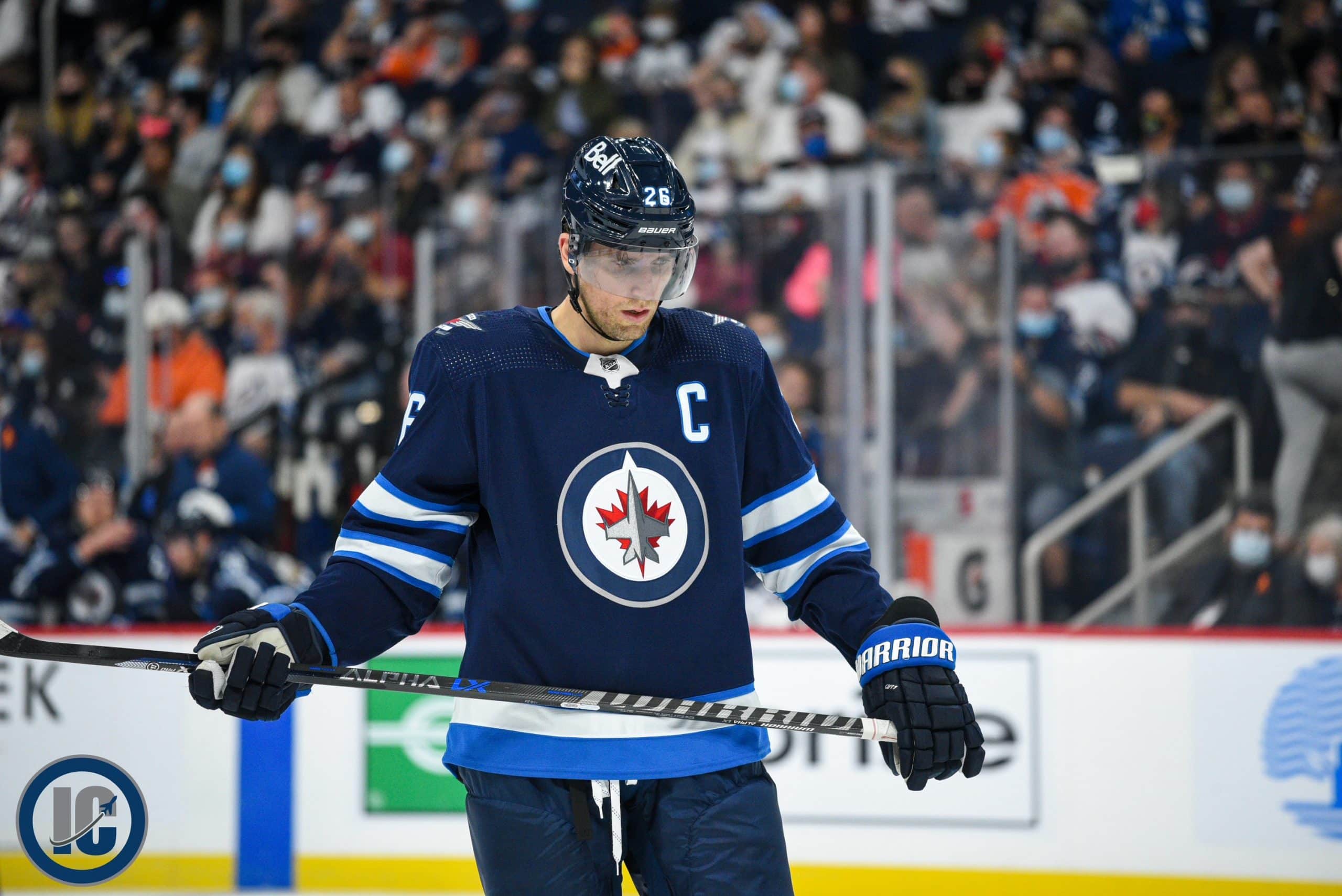 The team put him on LTIR which meant he had to miss 24 days and 10 games. This deadline recently passed so I asked interim head coach Dave Lowry after practice for a status update.

He indicated that Wheeler is back skating.

A follow-up question asked about the captain joining the team in a non-contact uniform to which he advised that they hope Wheeler will be able to join them at some point on the road when they head to Washington, Nashville, Boston and Pittsburgh next week.