Note: The Jets kicked off the 2022 portion of the scheduled with a four goal rally which required Kyle Connor to be the OT hero courtesy of his 150th goal in the NHL which ultimately delivered his team a 5-4 OT win over the Golden Knights. Today they are in Arizona where they will practice at 3 PM CT. Be sure to check back for the Practice Report.

Note II: The Moose also began 2022 with a win as they defeated division rival Iowa by a final score of 2-1, which was all the more remarkable given the goalie chaos they dealt with in advance of puck drop. Quite a bit of the discussion was focused on undrafted forward Kristian Reichel, who has spent four seasons with Manitoba, who scored his first NHL goal with the Jets in just his second game. Head coach Mark Morrison spoke to how the players on his team genuinely care about one another (in response to the bench reaction to Reichel’s first NHL goal). This was captured quite nicely here from Jeff Malott specifically as well as from Cole Maier and Thomas Caron which sums that sentiment up perfectly. The Moose are scheduled to practice today at 10:30 AM as they prepare for their re-match tomorrow night against Iowa.

The Athletic Winnipeg: Are the Jets on track to realize their potential? Inside playoff chances, cap efficiency and ‘rocket science’. (Paywall). It will be interesting to see if the Jets choose to get some young guns into their lineup this season or continue their development with the Moose.

Winnipeg Free Press: Connor grabs Vegas spotlight. (Paywall). Mike was in sin city and broke down the game from his spot inside T Mobile Arena. 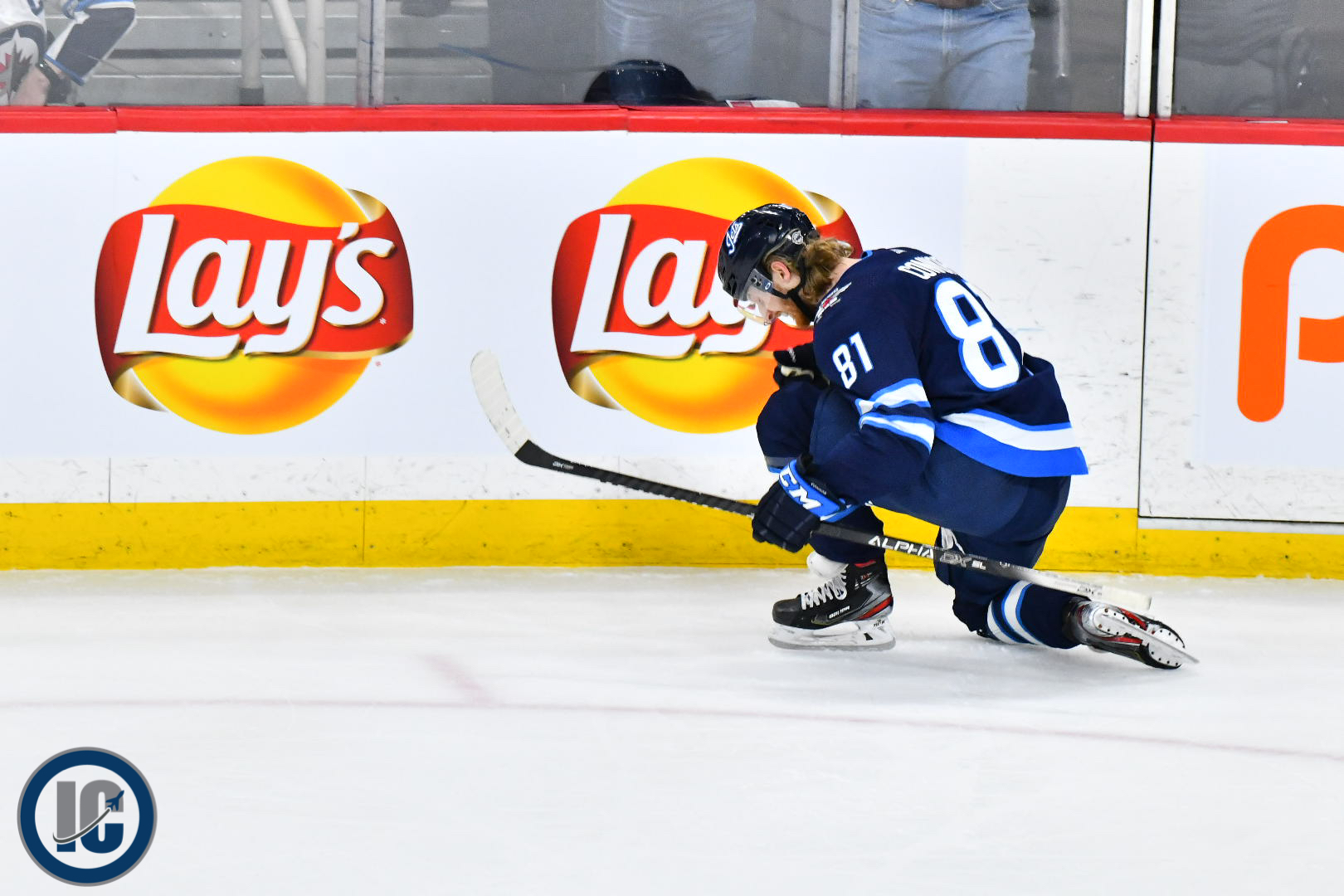 Winnipeg Sun: Jets down Vegas in OT in thriller to kick off 2022. Jets defenceman Brenden Dillon said on Thursday that the 1st period wouldn’t be too pretty but he hoped they’d have their legs for the 2nd and 3rd periods and it was clear by the middle frame the team was ready to go after a two week layoff.

Sportsnet: Still underrated by some, Connor delivers for Jets in the clutch again. Not sure what rock you need to be hiding under to not realize that Kyle Connor is one of the best scoring wingers in the NHL.

Las Vegas Review-Journal: Knights squander early lead, open 2022 with OT loss to Jets. Be sure to check out the recap of yesterday’s game from the perspective of a writer that covers the Jets opponent.

Las Vegas Sun: Golden Knights defense disappoints in loss to Jets. Another recap of the contest with a view from Nevada.

Illegal Curve Hockey Show: Saturday Podcast. Reviewing the last few weeks since the last Jets game. Jets having a mini training camp/Dave Lowry having chance to put his mark on this team. Potential impact of Cole Perfetti. Looking ahead to the Jets road trip. We were also joined by Scott Billeck of the Winnipeg Sun.