Recap of the Moose game

The Moose haven’t played a game since December 17th when their five-game road trip was cut short in Iowa. They are also without a number of players who were recalled to the Jets including two of their leading scorers in Cole Perfetti and David Gustafsson as well as CJ Suess and Kristian Reichel and goalie Arvid Holm.

While I was expecting Mikhail Berdin to lead the Moose out for warm up skate it was rather surprising to see Evan Cormier instead as the starting netminder and then equally shocking was seeing Jets 2011 6th rounder (and Winnipegger) Jason Kasdorf in a backup role. I did some digging and it turns out that Berdin had been in covid protocol and while he was out of it he wasn’t able to play in the game. So the Moose used Cormier who they had signed to a PTO a few days ago and Kasdorf who was the Ebug and also signed to a PTO today as their tandem. 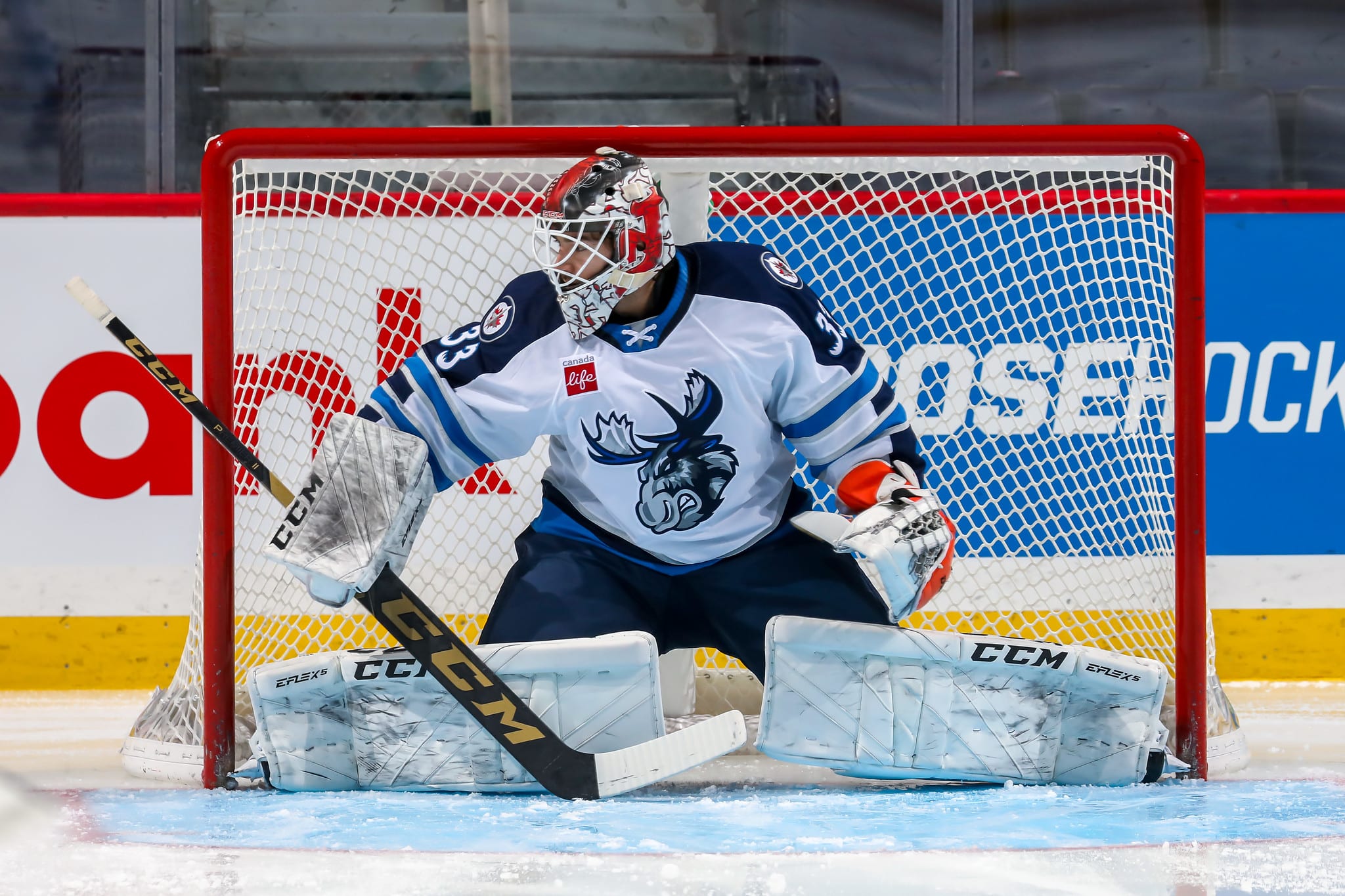 Bobby Lynch is in covid protocol according to the team and defenceman Nelson Nogier continues to play at forward on the 4th line.

Evan Cormier, who is 10-2-1 in 13 games with Newfoundland in the ECHL this season. He is a Devils 4th rounder from 2016 who had 37 AHL games under his belt coming into the game.

The Moose and Wild were having a stick banging battle as Evan Polei and the pride of Binscarth, Manitoba Cody McLeod have one with their fists which you could clearly hear without fans.

Really nice moment in the 3rd period when Moose players found out that Kristian Reichel scored his first NHL goal. Lots of smiles on the Manitoba bench.

Pretty sure the save of the year was just made by Jets 2017 2nd rounder defenceman Dylan Samberg. Kept the Moose ahead by a goal.

Moose add a big two points to their standings bank with a 2-1 win over division rival Wild to improve to 16-9-1-0 on the season. They sit in 2nd spot in the Central.

The Moose and Wild will have a re-match on Tuesday night.