Note: The Jets hit the ice for a practice on Wednesday and the focus was on the player flip-flop they did switching Andrew Copp and Evgeny Svechnikov which meant the reuniting of 81-80-71. The team is waiting to get the all clear on the Moose player they plan on recalling which is expected (by me at least) to be 2018 2nd rounder David Gustafsson (Update: Not surprisingly it was Gustafsson who was recalled). The team is scheduled to practice at 11 AM so check back for the Practice Report for all the latest news.

Note II: Manitoba flew to Chicago on Wednesday to kick off five games on the road starting with today’s school day game which will see the Moose take on the Wolves in front of thousands of screaming kids. It is actually a lot of fun to watch/listen to. It will also be a battle of the top two teams in the Central Division with the Moose trying to cut down the five point lead that Chicago has in the standings.

Global News: Jets’ reunion of Copp and Lowry was done with purpose. This really does give the Jets balance and a 4th line, that if trusted, could also be an important cog in the wheel for this Jets club.

The Athletic Winnipeg: It’s time to ask about Mark Scheifele’s ceiling as the Jets’ franchise player. (Paywall). You can always count on plenty of interesting thoughts and tidbits in Murat’s articles and his latest piece on number 55 just does that. Give this one a read for sure.

Winnipeg Sun: Jets put through paces at practice after woeful Sabres display. Fans weren’t having a lot of sympathy for the “hard skate” with some saying they were hoping a few Jets were feeling it after what they witnessed against Buffalo on Tuesday night. Scott shares his insight from yesterday.

Winnipeg Free Press: Jets shuffle lines, ‘clean carburetor’ with hard practice. (Paywall). There was plenty of excitement in the twitterverse after practice yesterday with the reuniting of Dubois, Connor and Svechnikov as well as the return of Lowry and Copp. And if my hunch about David Gustafsson being brought up proves correct there could be some good 4th line chemistry with him, Vesalainen and Harkins. 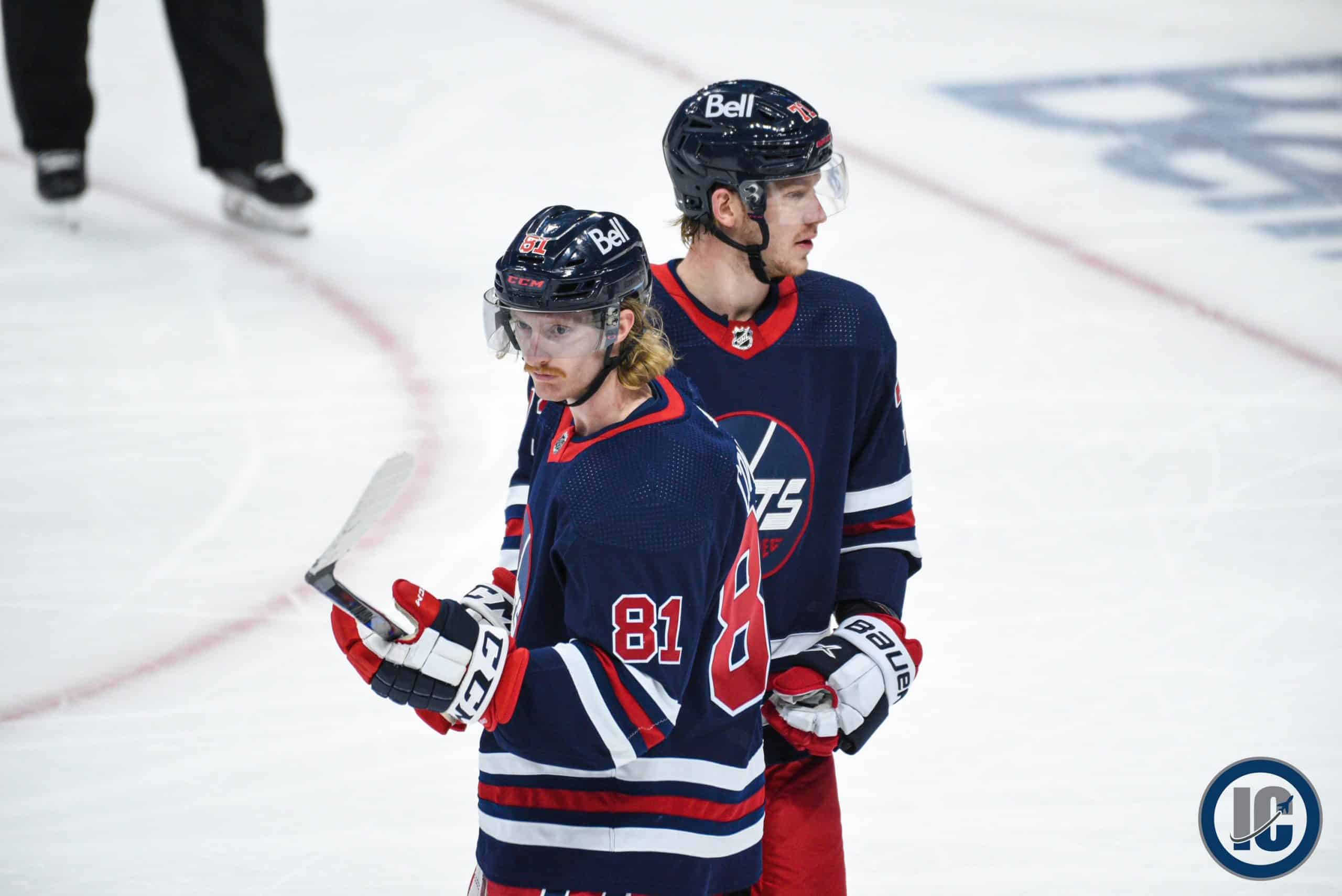 Winnipeg Free Press: Frustrated fans losing interest in lacklustre Jets. (Paywall). While the product on the ice has left something to be desired on some nights the reality is society continues to be limited by a pandemic which means folks do not want to gather in large numbers, bring unvaccinated kids to these types of events and also dealing with the economic reality of a pandemic and not having the disposable income to spend $500.00 to see a game on a Tuesday night.

CTV News Winnipeg: Could potential new restrictions put an end to fans in the stands. Worth taking note of what happened in Ontario yesterday and how it could have an impact here in Manitoba.

OHL: Cole Perfetti Availability. The Jets 2020 1st rounder spoke about how the team is gelling and what to expect on the power play.