Note: The Jets just didn’t have it last night as they concluded their four-game homestand with a 4-2 loss to the Hurricanes. Today they are scheduled to practice before they head to Seattle. Stay tuned for the Practice Report.

Note II: The Moose practiced on Tuesday in Laval as they prepared for the final game of an already successful road trip having won both games against the Senators in Belleville this past weekend. They face the Rocket at 6:30 PM CT.

Note III: While yesterday would have been a busy day just being a game day it was even more so with the news that Neal Pionk is in concussion protocol and Riley Nash was claimed off waivers by the Lightning.

TSN: Hurricanes’ Cole fined $5K for kneeing Jets’ Scheifele. This seems somewhat surprising given that it seemed remarkably similar to what Pionk did to Sandin but the lack of injury to 55 seems to have mitigated the penalty.

Winnipeg Sun: PK problems cost Jets vs. Carolina. Couldn’t have been a more stark contrast between an effective penalty kill of Carolina (3rd in the NHL) and Winnipeg (31st in the NHL). 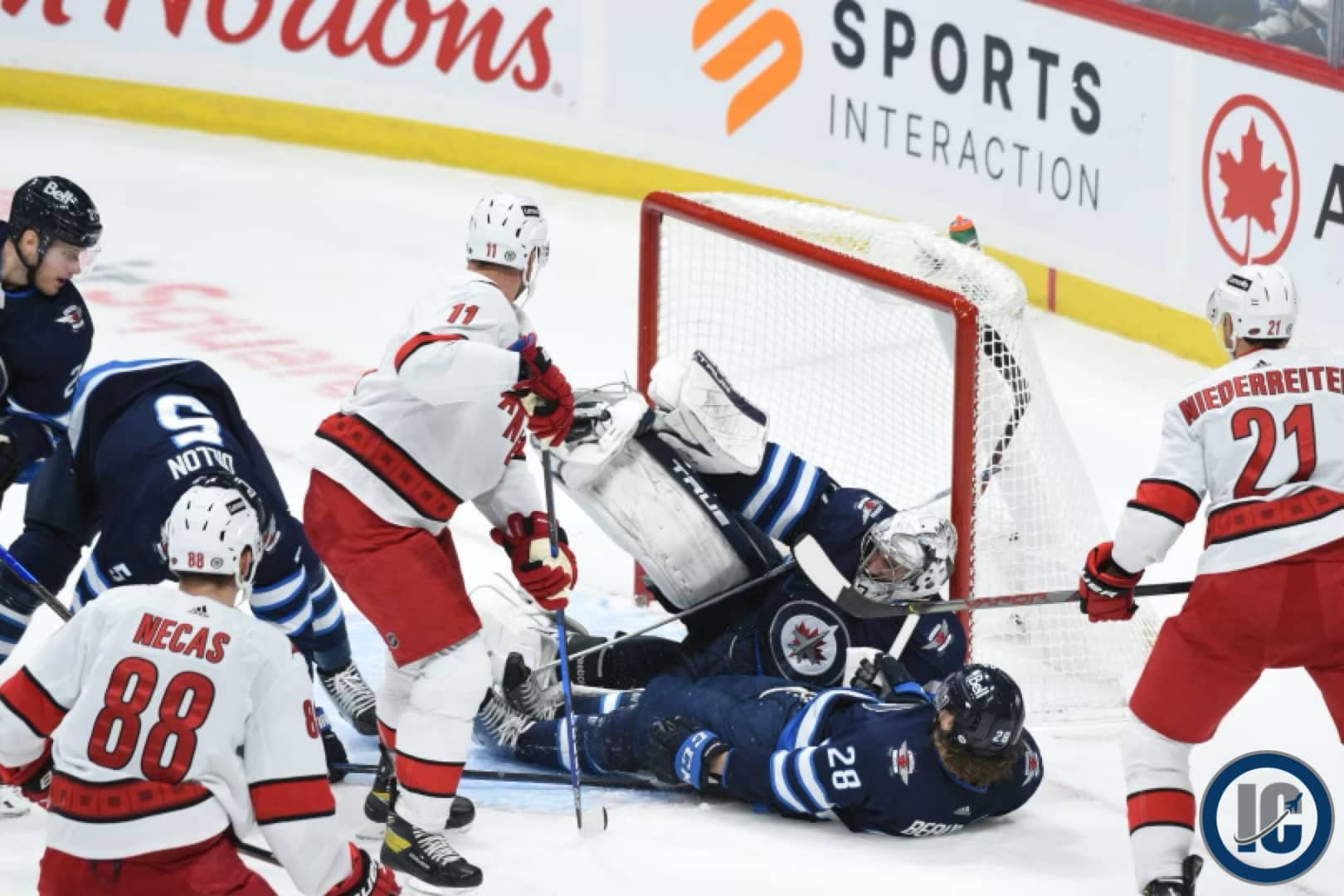 Winnipeg Sun: Road to the NHL for Svechnikovs paved with tears, sacrifice and hard work. Pretty clear how close they are as a family and their parents are a testament to sacrifice.

Winnipeg Free Press: Jets’ special teams sputter in 4-2 loss to speedy Hurricanes. (Paywall). Probably should give Manitoba Hydro a call to see where the power has gone cause their “power” play is joining their penalty kill on the abysmal list.

Winnipeg Free Press: Plenty of blame to go around for Jets-Leafs gong show. (Paywall). I was sick of hearing about this story two days ago. I get that the suspensions make it relevant news again but if I don’t have to read about Winnipeg and Toronto anytime soon I will be a happy camper.

Raleigh News and Observer: Canes power play grounds Jets: Five takeaways from Carolina’s road win. Always good to read the perspective of a writer who covers the Jets opponent and that is especially of column’s by Chip.

North State Journal: Hurricanes’ special teams lead way in win over Jets.  Cory also covers the Hurricanes and had these thoughts on the game.

Sportsnet: Hellebuyck speaks up after another interference challenge doesn’t go Jets’ way. While the NHL may try to set a standard ultimately it is subjectively decided by individuals who may or may not adhere to that standard. I can definitely understand the frustration with the call from the Jets netminder as I originally believed it would be overturned.

Sportsnet: 32 Thoughts: Maple Leafs, Jets both angry over kneeing incidents. Honestly if I don’t hear about the Jets/Leafs ever again I will be too happy. It is so overblown already.

Sportsnet: How did the Jets fare over their latest homestand? Sean Reynolds and Ken Wiebe discuss the Winnipeg Jets loss to the Carolina Hurricanes and also go over the Jets’ latest homestand.

TSN: Sawyer details how the Hurricanes smother teams. Dennis Beyak and Kevin Sawyer discuss the Hurricanes’ dominating start to the game against the Jets, Sebastian Aho’s controversial goal in the second period, and how Carolina is able to smother teams.

The Rod Pedersen Show: Leah Hextall talks about the Winnipeg Jets having all the right pieces. ESPN broadcaster and friend of the program Leah Hextall joins Rod Pedersen today to talk about all the news and notes out of the NHL! Leah talks about her favourite stadium to go to, her experience in Nashville, and if the Winnipeg Jets really have all the right pieces this year!